I wanted to write about annual planning, and how this year is going to differ from previous ones, but I have (in true fashion) procrastinated finalizing my annual plan a little bit. So that'll be next week, and this week I would like to write about... monorepos. 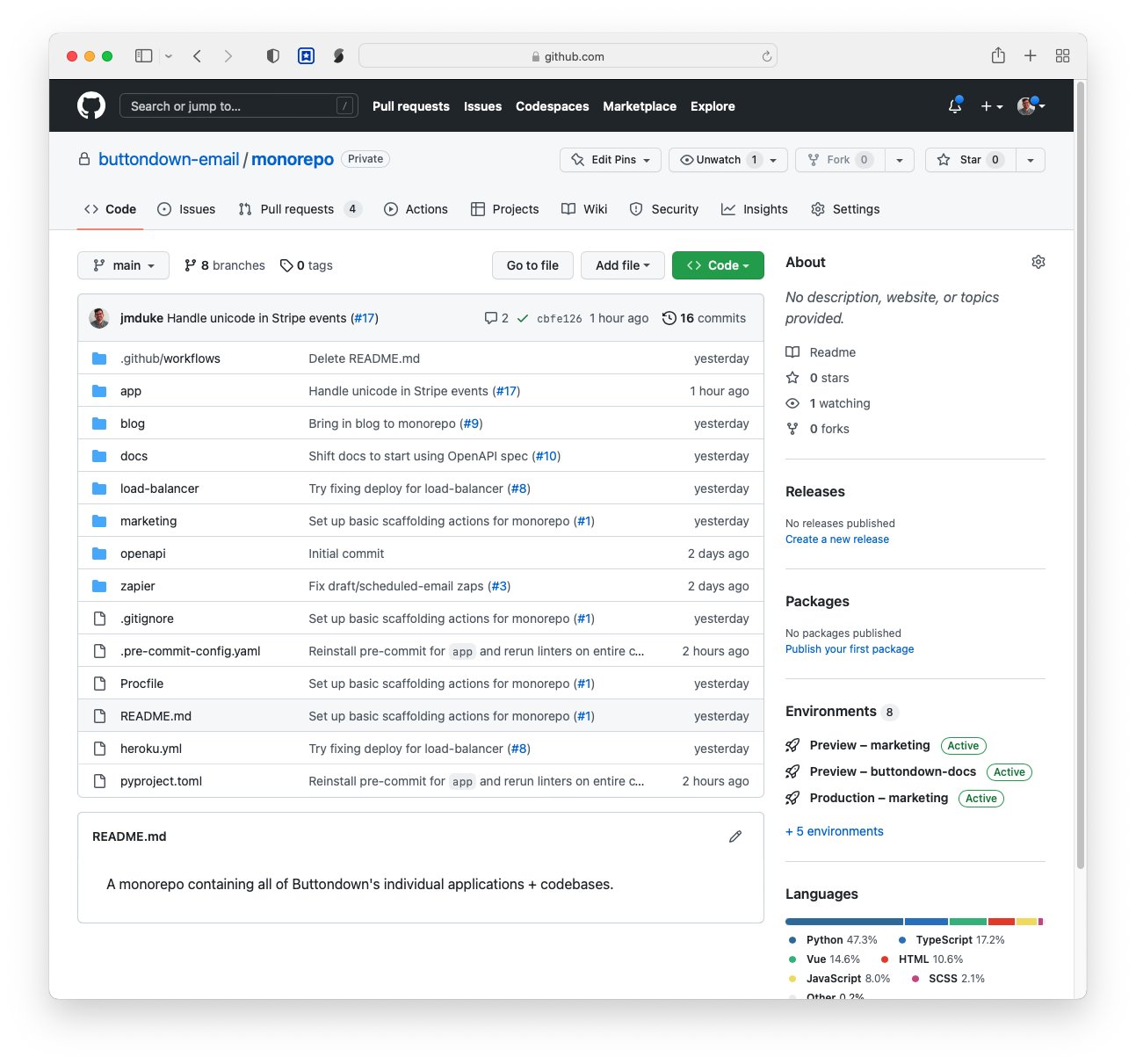 Buttondown is now in a monorepo. There's two big advantages of this approach (and these advantages are not particularly new to Buttondown):

There are a couple downsides:

As you can probably tell from the benefits and drawbacks, this is...marginal. It took around five hours to finish everything (less than I expected) and I've probably recouped all of fifteen minutes' worth of effort in doing so. (Which, frankly, isn't a bad calculus if you extrapolate from a week to a year or so.)

But this is the time of year for hastily undertaking such projects! I'm trying to keep the backlog down low, but all of the "this seems nice but when am I going to have the time" type of work happens right now, in that lovely December twilight, where the roadmap doesn't matter and the sales pipeline slows down a bit.