I am black history

Growing up in Florida, specifically just outside of Tampa, I never felt like I was in the "in-crowd." I spent my younger life growing up in the suburbs and amongst my slightly extended Afro-Cuban family. Our go-to family meals were picadillo and congri, and our go-to afternoon television programming was the same as the rest of the United States. My experience with my African American culture was not unique from anyone else. School and TV supplemented my knowledge in the area. No one person taught me to be critical about race, but rather through a series of unique but similar life experiences, I became enlightened.

"Catering to me based on my skin color is not the goal, instead of considering talking to someone about their interests and not assuming their experiences."

You don't realize how much you have in common with someone until you try. I shared my "intro to tech" story back in 2019 on a panel for an after-work event in Silicon Valley. I fielded questions from the predominantly white audience asking how they could make their work environments more inclusive, citing that they do not have experience with African-American culture. My response was, "My culture is your culture," catering to me based on my skin color is not the goal, instead of considering talking to someone about their interests and not assuming their experiences.

Mark Zuckerberg is now the meta-CEO, and all my family members are having meta conversations with me. My question to you is, have you noticed how Mark Zuckerberg is getting the word out to current and future meta users?

If you have not noticed, Meta is the new parent company of Facebook. They are attempting a significant rebrand while also capturing the generation that missed out on pokes and FarmVille. Mark appears in interviews with the most prominent news outlets, and to be honest, they are not worth talking about.

The end of the remote conference.

In 2020, I received an invitation to speak at Microsoft Build just before the travel shut down. I had not spoken at a Microsoft event prior and had little to no expectations. Due to the transition from in-person to remote-only events, the organizers asked me to record my talk with their Powerpoint template and edit it down to 20 minutes.

I will spare you the details, but my attempt was nothing short of awful. Luckily that video is not searchable, and I got another chance to improve on it this year at Build 2021. Thanks to that experience, I hyper-focused on improving my remote stage presence through live streaming on Twitch and producing quality YouTube videos (not there yet).

Someone check on Brad and see if he is ok

Collectively the internet eventually forgets things, which is why I wanted to take some time and talk through some recent events to this small audience.

I try to avoid public callouts, but this is not public, it’s a newsletter.

Delivering at a slower pace is ok

It has been about a month since my last newsletter, which is off my biweekly cadence. I recently went heads down to ship two new projects, GitHub Automation course and the ReadME podcast.

If you have a moment, please check both out and let me know what you think. All feedback is valuable.

Both projects required me to slow down streams and go dark on the YouTube channels for a moment, but I would say it was worth it. As much as I see the value in consistently scheduled content, I look forward to raising the quality of my content, which means turning on some focus at time.

How TikTok became part of my content creation flywheel

Folks are catching on. In the last month, I have been in meetings with two separate startup founders looking for content advice and how to get started in 2021.

I have done one-off consulting in the past, and this is not me announcing my consulting business. But after a handful of years, I am starting to see that I know a few things about developer content creation. I recently saw a tweet encouraging content creators to consider ways to stand out from the crowd and promising insights in only two tweets.

Influencers are taking over

Suppose you have been reading this newsletter to get insight into developer trends and tooling. You may have noticed more folks have started to catch on to this shift in sharing content.

Twitch is becoming more solidified with live coding, and I have seen more interest from open source folks looking to get started. If you do not know Salma on Twitch, I recommend you follow that channel. The content is top-notch. Their skill sets the bar high for repurposing Twitch streams as . I hope others experiment with this idea for scaling content.

What is happening to DevRel?

I recently sat down with swyx to chat about his recent blog post about building digital communities. This is top of mind for folks, and I am confident anyone that works with or around developer tooling will find it pretty insightful.

Building a platform to stand on 5 years later

The best thing I did for my career was creating a podcast with no listeners and invite startup founders and engineers to join me for a 30 min conversation.

In 2017, I worked as an engineer and developer advocate at Netlify (yes, I had two jobs). Like Netlify, folks were starting to learn who I was, and it was starting to get easier to get on stage speak at conferences. I was also beginning a renaissance with content by shipping a blog post a week.

Looking back at that time, I was doing a lot, but the only thing that I can show for it is a Free Code Camp course and the Jamstack Radio podcast. Quite a few of my blog posts are also still viewable on the site.

My approach to developer relations.

Over the past month, I set out to share a new tip GitHub Action tip every day of February. My job at GitHub exists to create other advocates from the GitHub community. I do this by educating folks and providing opportunities.

Taking the opportunities that grow your career

Lately, my career has been a series of me moving from mentor to mentee. Whenever I get a chance to host a live stream with an open source maintainer or sit in on an OpenJS foundation meeting, I hope to walk away with the knowledge to improve my experiences and others’ experiences. When I go live on stream on Tuesday and Fridays to code, I welcome questions from chatters asking which React framework is worth learning or whether the Jamstack has value past the next few years.

I am addicted to knowledge and knowledge sharing. This is why I walked away from a recent Clubhouse session on GitHub Actions pumped at the possibility of networking with fellow developers despite still being in the middle of a pandemic. 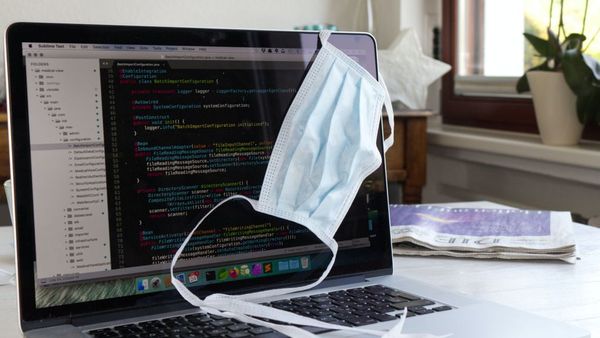 Today open source is ubiquitous and comprises nearly 80% – 90% of the code in a “typical” application. Based on GitHub’s 2019 Octoverse, the average project is built on ~180 open source packages of de

A few years back, I worked at a new company called Netlify. You may be aware of them, but it is a tool to deploy modern web applications if you are not continuously.

I became an early Netlify user while I was looking for a place to host my middleman blog. At the time, GitHub Pages only had instructions for Jekyll.

A year later, I joined Netlify as an employee. I was not aware of the term DevOps at the time and did not join to become an expert at spinning up web infrastructure. I was the model customer for a full year before joining the team.

I didn’t realize that a large number of engineers felt the same way as me, and today Netlify has over 1 million developers using their platform.

Fist off, thank you for subscribing to this newsletter, my hope was shipping a newsletter at least once a month, but I never found the energy for it. So here I am in 2021, I feel energized.

Some of that energy is coming from my recent exercise in goal planning. Setting goals and expectations for myself is paramount to how I got to where I am today. I have always been very aggressive in goal setting and approach it using the SMART goal setting technique:

Choosing side projects to work on

On Twitch this week, I was asked by numerous folks, “How do I choose side projects to work on,” and my answer was all over the place. So allow me to fill your inbox with my thoughts on this as the first email for this newsletter.