The time I messed up

We all have stories where automated tests could’ve saved us from disaster, but I want to tell you a story of a time when I went overboard with a certain testing practice and it went really badly for me…

This was a few years ago. I was working on angular-formly and I had just discovered React’s PropTypes feature. I thought it was the coolest thing since sliced bread. lol, I just looked it up and my first issue on the React repo was asking if we could add an objectWith PropType validator. I wrote the whole thing including tests and put that in the issue. Sophie Alpert responded with:

> Isn’t this what React.PropTypes.shape is for?

Ha! Whoops! Anyway, I decided it’d be really cool to have development-only runtime validation on the configuration object that people pass to angular-formly when configuring their forms.

My second issue on the React repo was asking if the React team would be willing to extract prop types into its own package (this has actually now taken place! Checkout prop-types). That didn’t work out, so I decided to write my own package and thus api-check was born!

One of the cool things about a library like this is that the whole thing is a bunch of pure functions! And we all know that pure functions are super easy to test, right?! Also, because I had a very clear picture of what I wanted to implement (with prop-types as my inspiration) I thought test-driven development would be a synch.

So I set to work. I started writing a bunch of tests and implemented api-check as I went. Honestly, it was exhilarating. (I’d say intoxicating, but I’ve never actually had a drop of alcohol in my life, so I wouldn’t know 😅). I was having a blast writing this out.

But as time went on, I started noticing something… It was becoming progressively less fun and more difficult to implement the behaviors as I added them. The library code started getting really complicated. Now I shudder even thinking about it. There’s no way you could convince me to work on that code anymore.

So what went wrong? I thought TDD was the process by which you create beautifully and intentionally designed software. But what I was left with is a mess that I don’t want to touch. I must have done something wrong…

I did. TDD is a three-step process. It’s often referred to as the “red, green, refactor cycle” 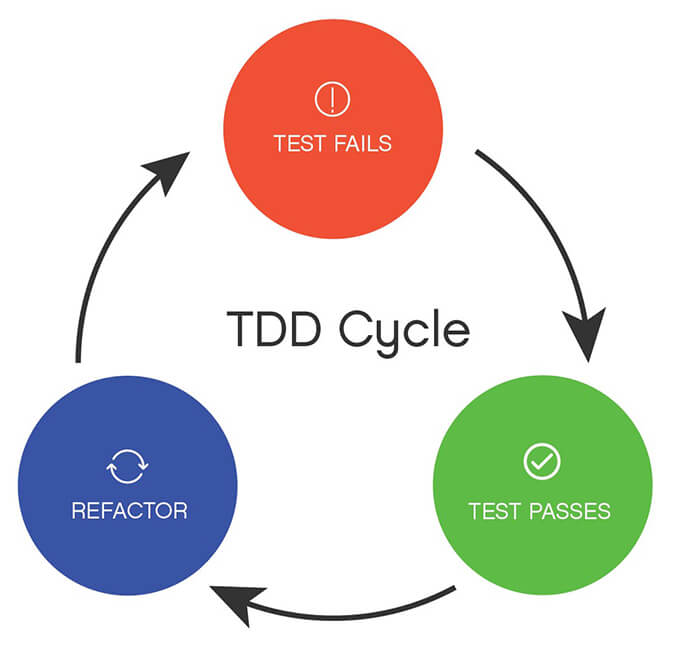 Here’s the way it works:

So where did I go wrong with api-check? Well, I kinda skipped the refactor step. I got so excited from the “high” (another thing of which I’m ignorant) that I felt from turning that red test to a green test that I just continued on with the next feature without stopping to consider if what I was building was at all maintainable. Turns out it wasn’t. I was building a monstrosity of difficult-to-understand code. The code was legacy the second it left my fingers.

So, what do we learn from this? Test-driven development is awesome, and it can really help you develop great code in certain situations. But if you skip the refactor step and aren’t intentional about what you’re building, it can lead to disaster.

Be careful out there, friends. And learn to use TDD the right way with me at TestingJavaScript.com 🏆

I just published “Demystifying Testing”. It’s the published version of my newsletter from 2 weeks ago. If you thought it was good, go ahead and give it some claps (👏x50) and a retweet: 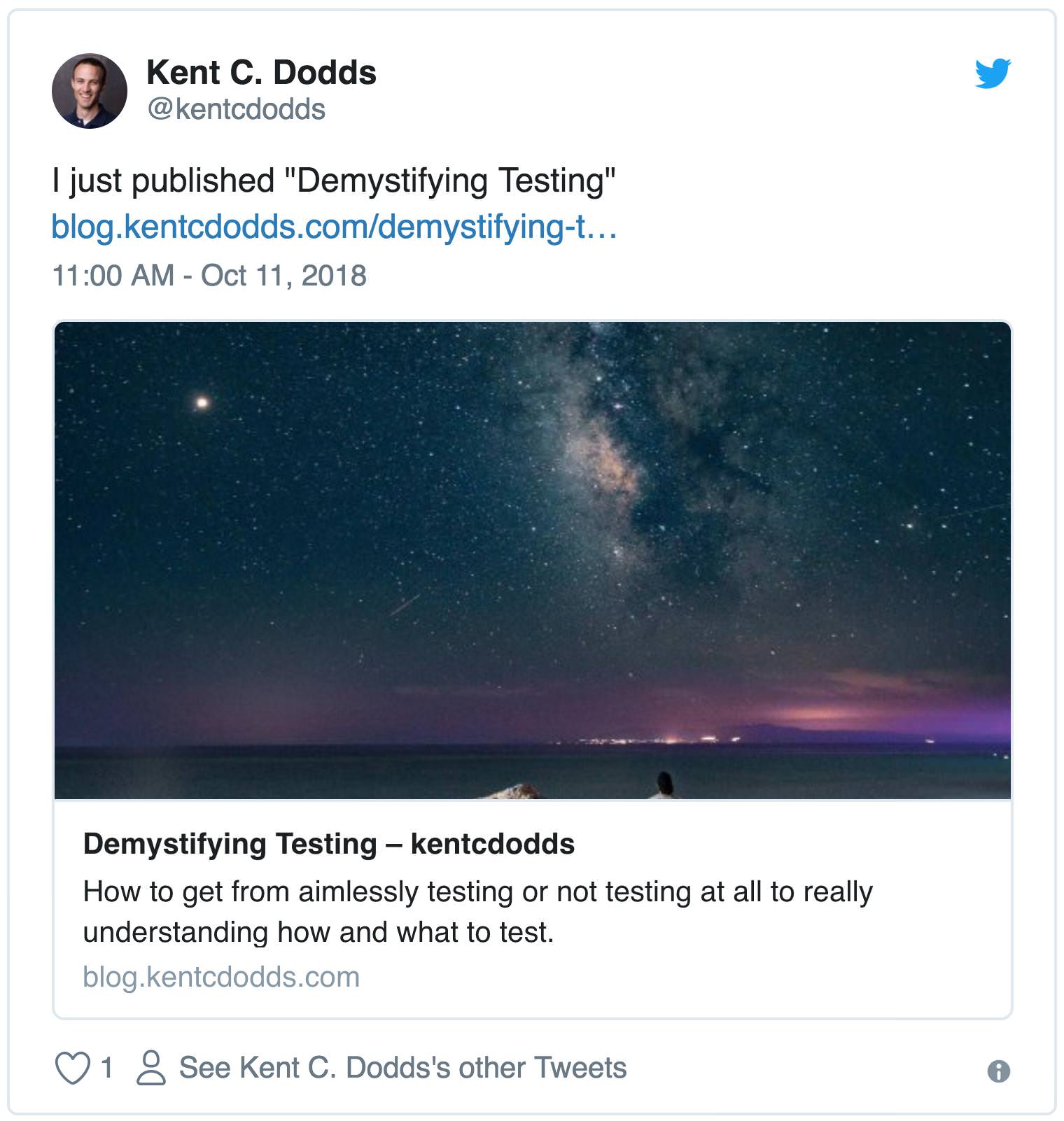 👋 Hi! I’m Kent C. Dodds. I work at PayPal as a full stack JavaScript engineer. I represent PayPal on the TC39. I’m actively involved in the open source community. I’m an instructor on egghead.io and Frontend Masters. I’m also a Google Developer Expert. I’m happily married and the father of four kids. I like my family, code, JavaScript, and React.

You just read issue #28 of Kent C. Dodds News. You can also browse the full archives of this newsletter.