React Hooks: What's going to happen to my tests?

How can we prepare our tests for React’s new hooks feature?

One of the most common questions I hear about the upcoming React Hooks feature is regarding testing. And I can understand the concern when your tests look like this:

So if you were to refactor the Accordion component to a function component, those tests would break. So what can we do to make sure that our codebase is ready for hooks refactoring without having to either throw away our tests or rewrite them? You can start by avoiding enzyme APIs that reference the component instance like the test above. You can read more about this in my “implementation details” blog post.

Let’s look at a simpler example of a class component. My favorite example is a <Counter /> component:

Now let’s see how we could test it in a way that’s ready for refactoring it to use hooks:

That test will pass. Now, let’s refactor this to a hooks version of the same component:

Guess what! Because our tests avoided implementation details, our hooks are passing! How neat is that!? :)

Another thing to consider is the useEffect hook because it actually is a little unique/special/different/awesome. When you’re refactoring from class components to hooks, you’ll typically move the logic from componentDidMount, componentDidUpdate, and componentWillUnmount to one or more useEffect callbacks (depending on the number of concerns your component has in those lifecycles). But this is actually not a refactor. Let’s get a quick review of what a “refactor” actually is.

When you refactor code, you’re making changes to the implementation without making user-observable changes. Here’s what wikipedia says about “code refactoring”:

Code refactoring is the process of restructuring existing computer code—changing the factoring—without changing its external behavior.

Ok, let’s try that idea out with an example:

Here’s a refactor of this function:

It still works exactly the same, but the implementation itself is a little different. Fundamentally that’s what a “refactor” is. Ok, now, here’s what a refactor is not:

This is awesome, our sum is more capable, but what we did was not technically a refactor, it was an enhancement. Let’s compare:

So why was this not a refactor? It’s because we are “changing its external behavior.” Now, this change is desirable, but it is a change.

So what does all this have to do with useEffect? Let’s look at another example of our counter component as a class with a new feature:

Ok, so we’re saving the value of count in localStorage using componentDidMount and componentDidUpdate. Here’s what our implementation-details-free test would look like:

That test passes! Woo! Now let’s “refactor” this to hooks again with these new features:

Cool, as far as the user is concerned, this component will work exactly the same as it had before. But it’s actually working differently from how it was before. The real trick here is that the useEffect callback is scheduled to run at a later time. So before, we set the value of localStorage synchronously after rendering. Now, it’s scheduled to run later after rendering. Why is this? Let’s checkout this tip from the React Hooks docs:

Unlike componentDidMount or componentDidUpdate, effects scheduled with useEffectdon’t block the browser from updating the screen. This makes your app feel more responsive. The majority of effects don’t need to happen synchronously. In the uncommon cases where they do (such as measuring the layout), there is a separate useLayoutEffect Hook with an API identical to useEffect.

Ok, so by using useEffect that’s better for performance! Awesome! We’ve made an enhancement to our component and our component code is actually simpler to boot! NEAT!

But again, this is not a refactor. It’s actually a change in behavior. As far as the end user is concerned, that change is unobservable, but from our tests perspective, we can observe that change. And that explains why they’re breaking :-(

So our problem is that our tests were expecting to be able to read the changed value of localStorage synchronously after the user interacts with the component (and the state was updated and the component was rerendered), but now that’s happening asynchronously.

So there are a few ways we can solve this problem:

So let’s look at the diff for the changes our test needs to account for this feature enhancement:

Nice! So any time we want to make assertions based on effect callbacks, we can call flushEffects() and everything works exactly as it had before.

Wait Kent… Isn’t this testing implementation details? YES! I’m afraid that it is. If you don’t like that, then you can feel free to make every interaction with your component asynchronous because the fact that anything happens synchronously is actually a bit of an implementation detail as well. Instead, I make the trade-off of getting the ergonomics of testing my components synchronously in exchange for including this small implementation detail. There are no absolutes in software (except to never shallow render components 😉), we need to acknowledge the trade-offs here. I simply feel like this is one area I’m willing to dip into the details in favor of nice testing ergonomics (read more about this in “The Merits of Mocking”).

What about render props components?

This is probably my favorite actually. Here’s a simple counter render prop component:

Here’s how I would test this:

Ok, so let’s refactor the counter to a component that uses hooks:

Cool, and because we wrote our test the way we did, it’s actually still passing. Woo! BUT! As we learned from “React Hooks: What’s going to happen to render props?” custom hooks are a better primitive for code sharing in React. So let’s rewrite this to a custom hook:

Awesome… but how do we test useCounter? And wait! We can’t update our entire codebase to the new useCounter! We were using the <Counter /> render prop based component in like three hundred places!? Rewrites are the worst!

Nah, I got you. Do this instead:

Our new <Counter /> render-prop based component there is actually exactly the same as the one we had before. So this is a true refactor. But now anyone who can take the time to upgrade can use our useCounter custom hook.

Oh, and guess what. Our tests are still passing!!! WHAT! How neat right?

So when everyone’s upgraded we can remove the Counter function component right? You may be able to do that, but I would actually move it to the __tests__ because that’s how I like testing custom hooks! I prefer making a render-prop based component out of a custom hook, and actually rendering that and asserting on what the function is called with.

Fun trick right? I show you how to do this in my new course on egghead.io. Enjoy!

One of the best things you can do before you refactor code is have a good test suite/type definitions in place so when you inadvertently break something you can be made aware of the mistake right away. But your test suite can’t do you any good if you have to throw it away when you refactor it. Take my advice: avoid implementation details in your tests. Write tests that will work today with classes, and in the future if those classes are refactored to functions with hooks. Good luck!

Learn more about React Hooks from me:

If you thought this was interesting, I highly recommend you watch these (while they’re both still free):

Netflix: This video for your kids is 20 minutes. Me: But I need just a few more minutes to keep them occupied while I finish something… Netflix: Sorry. Me: document.querySelectorAll(‘video’).forEach(v => v.playbackRate = 0.8) Netflix: Sssooouuunnndddsss gggoooddd.

Another day, another case when someone was frustrated that getByLabelText want working for them and then they realized their label wasn’t wired up to their input properly. react-testing-library: make application’s more accessible, one test at a time. 💖🐐 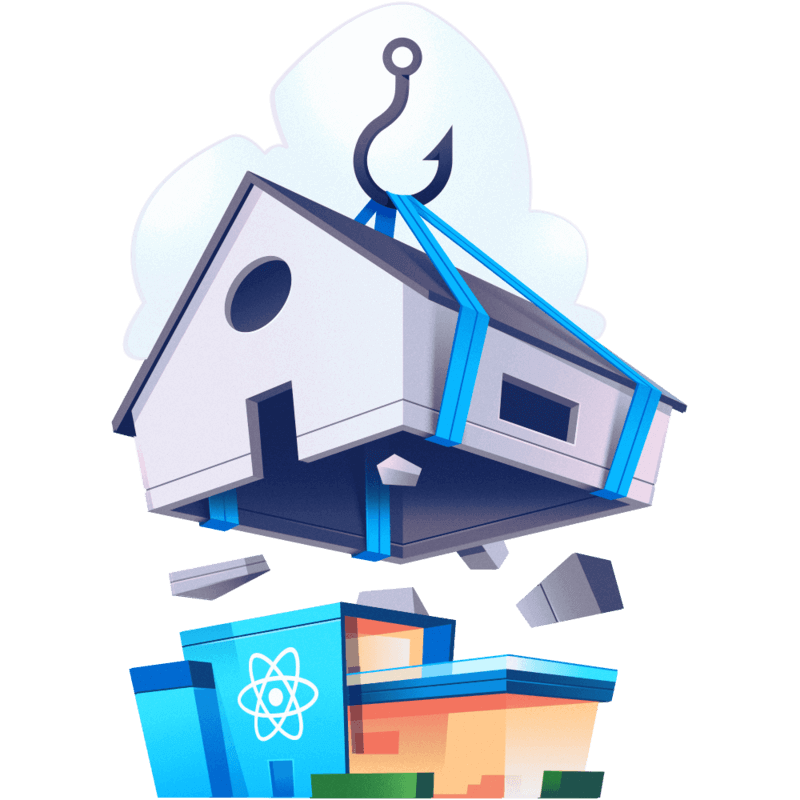 Introduction to Refactoring a React Application to React Hooks | egghead.io

Let’s get a quick overview of what this course is all about and how it’s been structured to make sure you’re as productive as possible with these new features.

This week’s blog post is “React Hooks: What’s going to happen to render props?”. It’s the published version of my newsletter from 2 weeks ago. If you thought it was good, go ahead and give it some claps (👏x50) and a retweet: 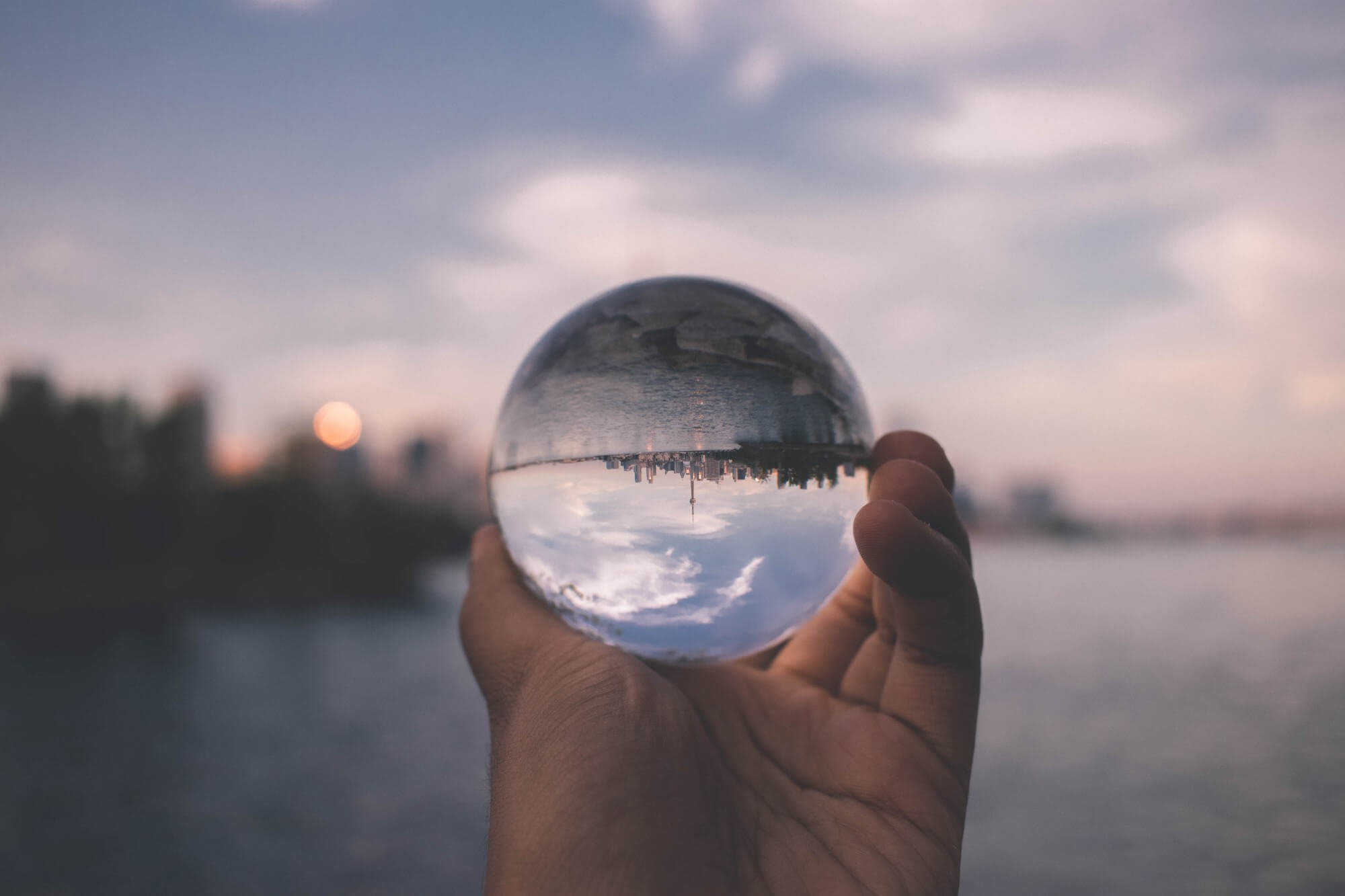 What am I going to do with all these render props components now that react hooks solve the code reuse problem better than render props ever did?

You just read issue #43 of Kent C. Dodds News. You can also browse the full archives of this newsletter.