Welcome Billie Wynn Jordan! Plus saints who pierce their ears, one-star reviews of National Parks, and the monks of Silicon Valley.

There is a new addition to the Jordan family, one that has caused me to encounter a new modern-day saint. Plus, we take a look at the monks of Silicon Valley and apparently missed our chance for a private audience with Pope Francis.

But first, check out this artist that turned one-star Yelp reviews of National Parks into hilarious posters. 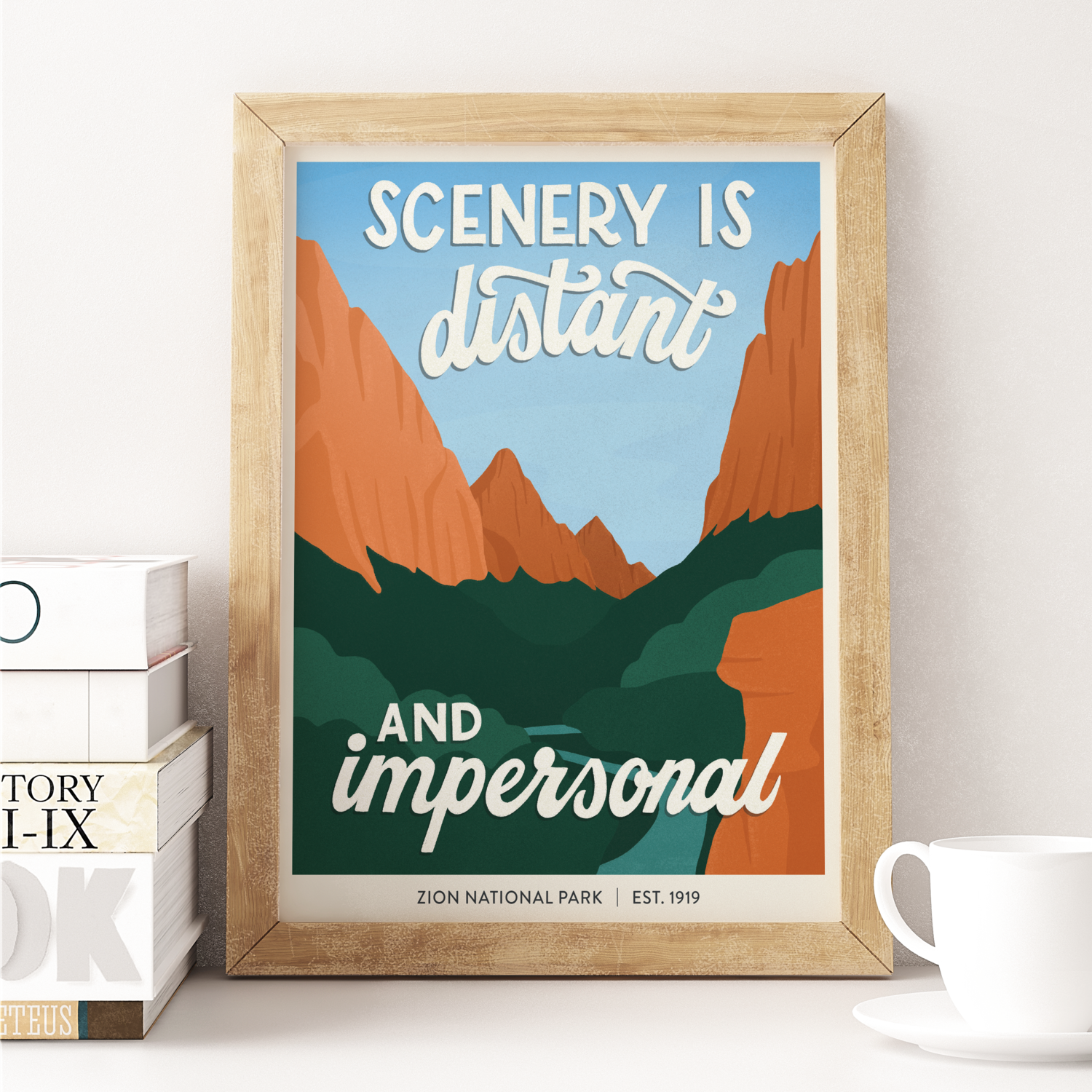 On March 3rd we welcomed Billie Wynn Jordan to our family! 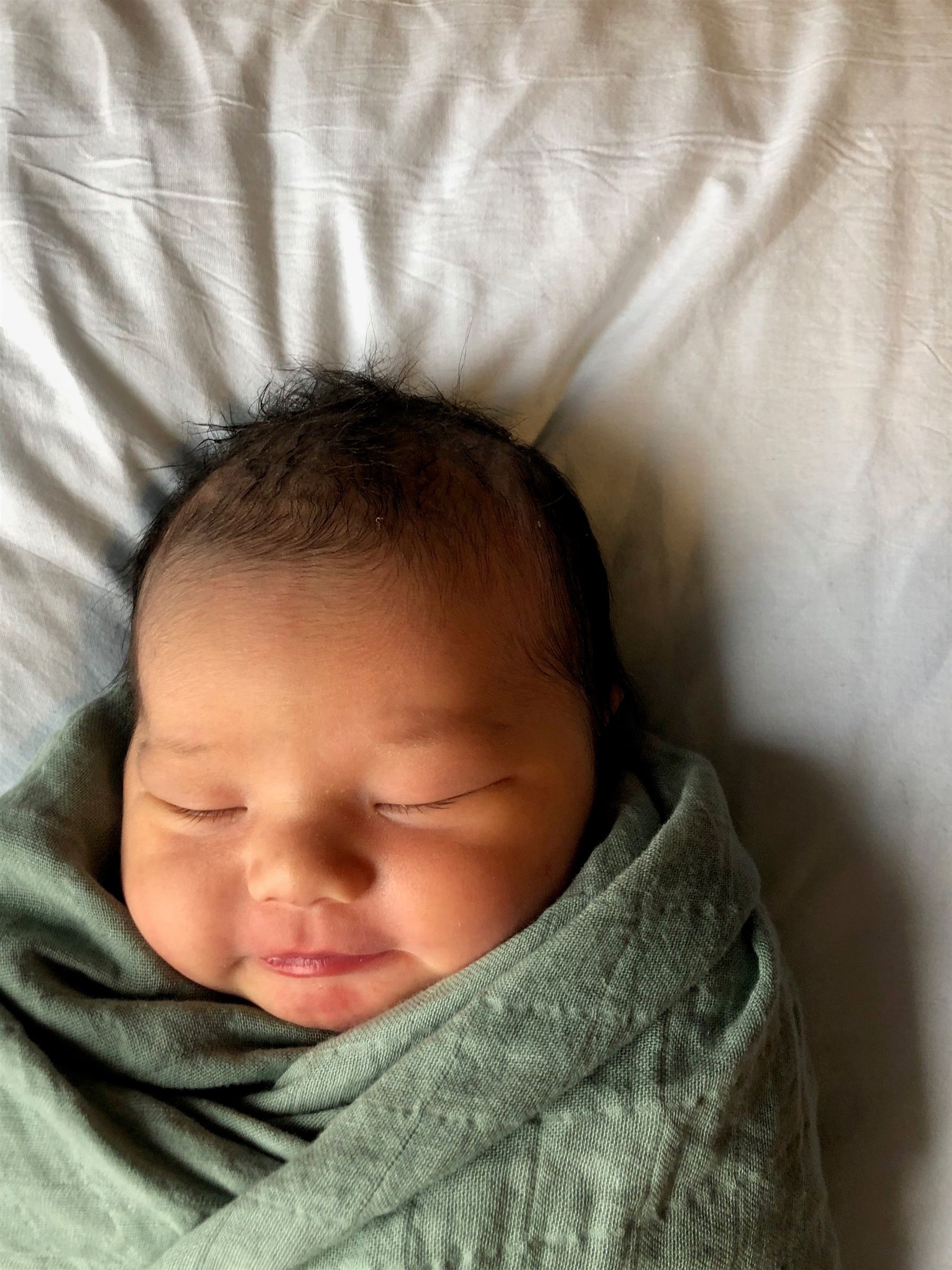 Last year I taught a class at Coram Deo called Becoming Saints. Since that class, our oldest daughter has remained interested in learning about Saints. She especially loves discovering Saints whose Feast Days align with a friend or family member’s birthday.

While this is an odd thing to brag about … our family has some great birthday Feast Days. Mine is St. Irenaeus of Lyons, defender of second-century orthodoxy and subject of my Masters thesis. Vivien’s is Mother Theresa. Our oldest daughter has St. Clare of Assisi, and our son’s birthday falls on the Feast of the Apostles St. Jude and St. Simon.

Once we arrived home from the hospital and got a few hours of sleep, I pulled out my handy Saint of the Day book and searched for March 3rd. When I first saw the entry, I was a bit disappointed. Most of our family’s Saints span the great history of the Church; Billie’s lived in the 20th century. St. Katharine Drexel, who died in 1955.

But as I continued reading, I was encouraged by the opening sentences of her her story, and by the commentary offered by the Saint of the Day editor, both of which you can read below:

If your Father is an international banker and you ride in a private railroad car, you are not likely to be drawn into a life of voluntary poverty. But if your mother opens your home to the poor three days each week, and your father spends half an hour each evening in prayer, it is not impossible that you will devote your life to the poor and give away millions of dollars. Katharine Drexel did that.

Saints have always said the same thing: Pray, be humble, accept the cross, love, and forgive. But it is good to hear these things in the American idiom from one who, for instance, had her ears pierced as a teenager, who resolved to have “no cake, no preserves,” who wore a watch, was interviewed by the press, traveled by train, and could concern herself with the proper size of pipe for a new mission. These are obvious reminders that holiness can be lived in today’s culture as well as in that of Jerusalem or Rome.

May Billie—and her parents!—follow the example of this modern Saint.

On the other end of the spectrum … Rolls-Royce offered a private Mass with the Pope, until they didn’t.

For a short time, Rolls-Royce owners had a chance to purchase a private Mass with Pope Francis. It turns out no one at the Vatican was aware of this, and the offer has since been cancelled… (RNS) — According to Catholic News Agency, the organization facilitating the offer, Italian Luxury Living, has rescinded it in the wake of RNS’ reporting.

Follow the link below for a fascinating exploration of the rise of “Secular Monks” like Twitter founder Jack Dorsey. (For those who watch Black Mirror, you can catch a glimpse of this lifestyle in season five’s Smithereens episode.)

What drives modern secular men to the monastic lifestyle? The excerpt below explores three reasons these men give: preparation, creativity, and optimization.

Some of the secular monks I speak with emphasize preparation. They feel that they must always anticipate the unknown. They may refer to their own deaths, climate change, an opaque and volatile world, or something more elusive. Other secular monks, often those with a background in finance, emphasize optionality, a term that refers to the consideration of alternative investment opportunities alongside the opportunity being pursued. Figuratively, optionality has come to mean the ability to have plenty of options in life without being obliged to pursue any of them. To avoid the regret that comes from lost potential, one must continue to open up new paths of action.

Those secular monks with a more entrepreneurial bent emphasize creativity. They are sympathetic to Steve Jobs’s famous line about the aim of modern human agency: “I want to put a ding in the universe.” Here, creation dovetails with impact and legacy. These men want to create something larger than themselves, to leave something behind. They want to be like gods.

A final group of secular monks defines success in terms of optimization. These individuals always want to improve upon whatever they’re doing. Everything that exists and everything one does can be upgraded. The process can go on indefinitely.

This is not the end of the story. Beneath the desire for success is something more. Why does Jack Dorsey engage in spiritual exercises? To gain superhuman powers? To end suffering? To attain enlightenment? To humble his undeserving heart? No, he does it in order to maintain “clarity” and “focus” and to boost “mental confidence.”

Dorsey is a secular abbot for secular monks. He embodies the ascetic self-control of the Calvinist, the aspiration for indomitable human agency, and the secular orientation to the practical conduct of everyday life. He puts all three in the service of success.

Below is a bit of what I am up to in case we see each other soon and need something to talk about.

You just read issue #12 of Graphē. You can also browse the full archives of this newsletter.