Bringing the Newsletter Back

Years ago, I started a newsletter. It was a fun project for a short season. I think there was some interesting content shared over the course of those few months.

Now that I have (almost entirely) bowed out of the world of social media, I find that I still want to share interesting things I read, hear, or see with people I know and like. I try to do this on Instagram to some extent, but it is a fairly tedious process, and I am not sure how much longer I'll keep that account.

So I am bringing this newsletter back as a way to occasionally share interesting notes, updates on projects I'm working on, or upcoming events.


Take, for example, the following story that I read at the end of an article sent to me this weekend by my friend Charles.

It offers a fascinating look into the moral discipline behind one particular Amish practice. The article this story came from is titled How Facebook Deforms Us, and is well worth a read.

In Living into Focus (2012), Arthur Boers writes that he once heard the Amish farmer and writer David Kline tell a story about a bus full of Protestant tourists visiting Amish country. An Amish man is also on the bus, and so the tourists ask him about how his people are different from other Christians. The man first mentions some obvious similarities, such as wearing clothes and liking good food.

Then the Amish man asks: “How many of you have a television?”

All passengers raise their hands.

“How many of you believe your children would be better off without TV?”

Most, if not all, passengers raise their hands.

“How many of you, knowing this, will get rid of your television when you go home?”

No hands are raised.

“That’s the difference between the Amish and others,” he concluded.

The difference, in other words, is that the Amish maintained their robust deliberative institutions and norms precisely because they have been willing to pay the price of subjecting their use of technology to the greater good of sustaining the health of their community. The rest of us have inverted the priority, and we have paid our own price.

And it did, for those who want to give my sermon from the Second Sunday of Advent a listen. After reading the story above, I replaced my closing illustration with it. (Audio + Video available)

This past week’s sermon was also an experiment in brevity on my part. Our services contain the reading of a passage from the Old Testament, a Psalm, a reading from the Gospels, and usually another reading from the New Testament. This leads to shorter sermons in our context (Anglican) than you might find elsewhere. Ideally the extra time spent reading the Scriptures aloud and the streamlining of the sermon itself lead to a clearer reflection on God’s Word than you might get with just a longer sermon. (I can tend to go off on tangents when I teach, so I appreciate the time constraint.)

Also, you might enjoy these new music projects that seek to put historic prayers and liturgies to new music.

I cannot stop listening to either of them. My current favorites include Veni Sancte Spiritus and Prayer of Hubmle Access from Liturgical Folk's Crumbs album, as well as World Without End from Greg LaFollette's Songs of Common Prayer. 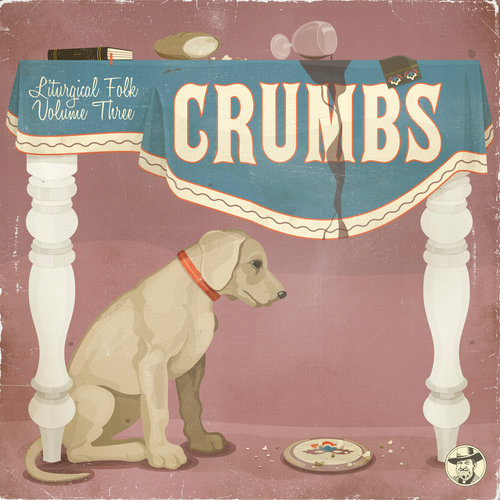 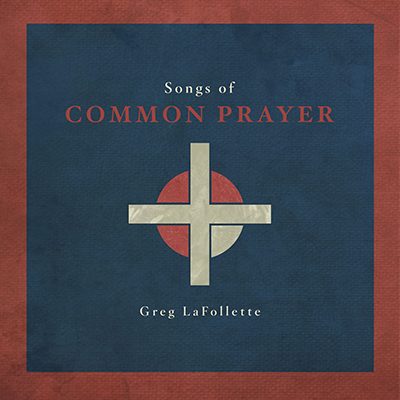 In this season of preparation to celebrate the Incarnation, take a few moments to read an article exploring a fascinating claim by St. Irenaeus of Lyons: the human form of Jesus was the model for humanity's original creation.

For Irenaeus, the Son’s existence as the image of God is not an abstraction independent of the man Jesus Christ. The Son who is the image of God is the Son who “appeared in the end of times” and who manifested God through the flesh. An accurate reading of Irenaeus’s Christology, then, must begin with the man Jesus Christ who is also the eternal Son, rather than the reverse. For Irenaeus, humanity is made according to the image of the Son insofar as the Son himself is enfleshed humanity.

This means, among other things, that our own bodies matter more than we might think.

To be embodied, to be material, is to be made according to the image of God that is the human Jesus Christ. Thus ascending to God does not require shedding the body (as the Platonists and Stoics believed), but rather healing and perfecting the body. Jesus resurrection is, of course, the first fruit and the surety that such a thing will come to pass. And because Jesus is eternally embodied, we are freed up to receive our bodies gratefully as a gift (as did the Son), to be used in service of our Lord. As St. Paul reminds us, the body is “meant for the Lord.”

That's it for now. No worries if you would rather unsubscribe.

If you have been forwarded this email and you want to subscribe to future updates, you can do that here.

(Shameless plugs: I have been quietly working on a podcast about classical education and Christian formation. You might enjoy it. Also, my short book on Galatians is still sitting there waiting to guide you through that fascinating epistle!)

You just read issue #2 of Graphē. You can also browse the full archives of this newsletter.