Shortly after posting last week's mini-guide to Global Symphonic, I remembered an old interview I'd done with A Luna Red's Jack Duckworth about their then new album, SLMZK! This was ahead of a record release party that took place November 9, 2002, at the Piccadilly Pub in Vancouver—a notoriously narrow room where I'd seen (and occasionally played) a number of wreckers before it shuttered in the mid '00s.

This week I thought it'd be fun to revisit the piece, which ran in my college newspaper, the Kwantlen Chronicle. Up above is the original headline, along with a photo illustration Jack had sent us, based on the cover art of SLMZK! On the off-chance you, uh, hadn't picked up the paper on-campus 19 years ago, please find the original piece (with a few minor tweaks), down below.

Many take the easy way out when describing Vancouver-based A Luna Red. Admittedly, their aggressive, synthesizer-and-drum-machine-driven music does bring to mind industrial pioneers like Skinny Puppy or Public Image Ltd. Less obvious, however, is that the outfit also pay musical dues to the King of Soul.

“James Brown is an influence, believe it or not,” says bassist/guitarist/vocalist Jack Duckworth. “It may not come through musically, but an idea for something in a song might be triggered by musical influences.”

This is all to say that the group's new album, SLMZK! (a.k.a. soul music), is an homage to the spirit of soul, rather than the sonic aesthetics.

“It’s not like we’re riding on some bad joke,” Duckworth says. “We think it actually works. The record deals with personal issues on a universal level; soul music seemed applicable. To me, soul music conjures up people that are writing right from their fucking gut and doing it because they feel the need to exorcise or express something.”

As it stands, Duckworth feels that’s exactly what A Luna Red are doing, albeit with a tech-heavy edge. “It seems kind of contradictory because the music is non-organic in some places. It’s constructed with a lot of technology and a lot of people don’t equate music that’s written with synthesizers as something that can possibly reflect anything human.” 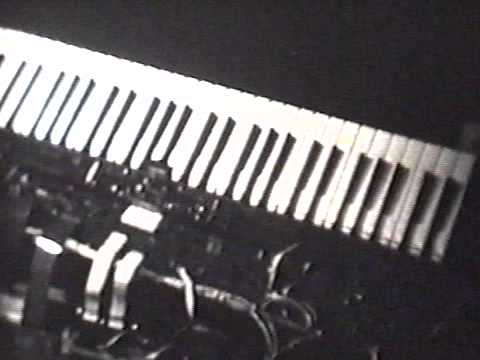 Promo video from the 2002 LP/CD “SLMZK!” on Action Driver Records. Filmed and edited by Lyndsay Sung. Their sound was built on strong rhythms and electronic …

Since forming in 1999, A Luna Red have experienced several line-up and instrumentation changes that have warmed up their once frigid sound. The original line-up of Duckworth and Erica Neumann consisted of bass, keyboards, and synthesized drums. The addition of William Winslow-Hansen as keyboardist and programmer saw the band experimenting with bolder electronic sounds.

“Things definitely changed when Bill joined the band,” Duckworth explains. “It was a learning experience for me because Bill had a lot of musical equipment that I wasn’t familiar with, and for him because he hadn’t played in a band before. He’s the most unique person I’ve ever worked with because his concept of music is totally different than mine. I’m more structured and rhythm oriented, coming up with bass lines and chord progressions; he’s more into sound design. Bill will write songs by himself that are just sonic washes of ambiance.”

According to Duckworth, A Luna Red’s 2000 debut LP, The Death Birds, “was cold and all over the map, mainly because… the line-up had only been together for three months.” By virtue of a growing roster and broadening ambition, SLMZK!, released through Ohio-based record label Action Driver, is, by comparison, a fuller, more sonically adventurous outing. “It’s thrashier,” Duckworth says. “People have been saying that it’s reverting to a more punk influence. It’s an aggressive amalgamation of music technology and raw punk.”

Part of that primal pivot can be credited to the entrance of live drummer Graham Jackson and keyboardist Larissa Loyva in 2001, following Neumann’s departure. “Having a drummer added a rock element, as opposed to really frigid drum machine sounds,” Duckworth concedes, “and Larissa had classical keyboard training, so we were able to add more intricate synth parts.”

As the band’s line-up has continued to shift—Loyva added synths, vocals, and trumpet to SLMZK! before exiting the live roster; additional synths are now handled live by keyboardist Sean Ebare — the gear list has also grown. In addition to the expected synths, samplers, and strings, the sounds of garbage can lids, grocery carts, and televisions are used to make A Luna Red's beautifully bleak beatscapes. Duckworth’s lyrics likewise conjure up dark imagery. While some could see his words as depressing, Duckworth says that people aren’t getting the full picture.

“A lot of the lyrics and music are an extension of my really black, cynical sense of humour. The lyrics [here] are snottier than any other band I’ve been in. It’s just that I utilize different imagery in the lyrics that are stranger and more in-your-face.”

For proof, take SLMZK!'s title track, which deals with the state of conformity and lack of originality in today’s music scene (“A rusty sword pins your ass into a mold/What is this art you said you’d die for”).

“I wanted to write a song that addressed those issues without approaching it like your average punk—like, ‘the music industry sucks, blah blah blah.’ I tried to do it in a way that was poetic, and incorporated a sense of humour.” 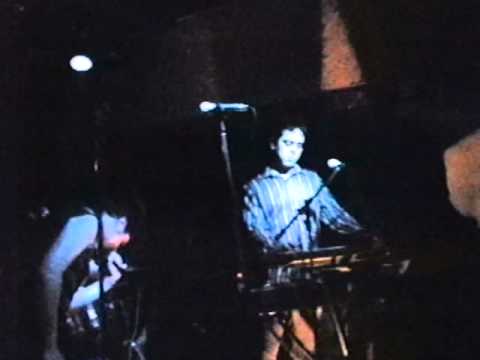 Though A Luna Red have been inactive since 2003, Jack has been busy making music ever since. If you'd caught the recent newsletter, he's spent the past ten years, in particular, making electronic music as Soft Riot. After issuing his Second Lives compendium earlier in 2021, he's bringing a new single called "Windows to the Wild" to Miseria Records' upcoming Upperwave Selections compilation (out December 1). And just last week, Jack delivered a more ambient set of songs under the anagrammed guise of Ostrofi.

You can bliss out to a psychedelic visualizer for all of Ostrofi's new Sudden Vision Zones album down below, and pick up a copy of the limited edition cassette over here. 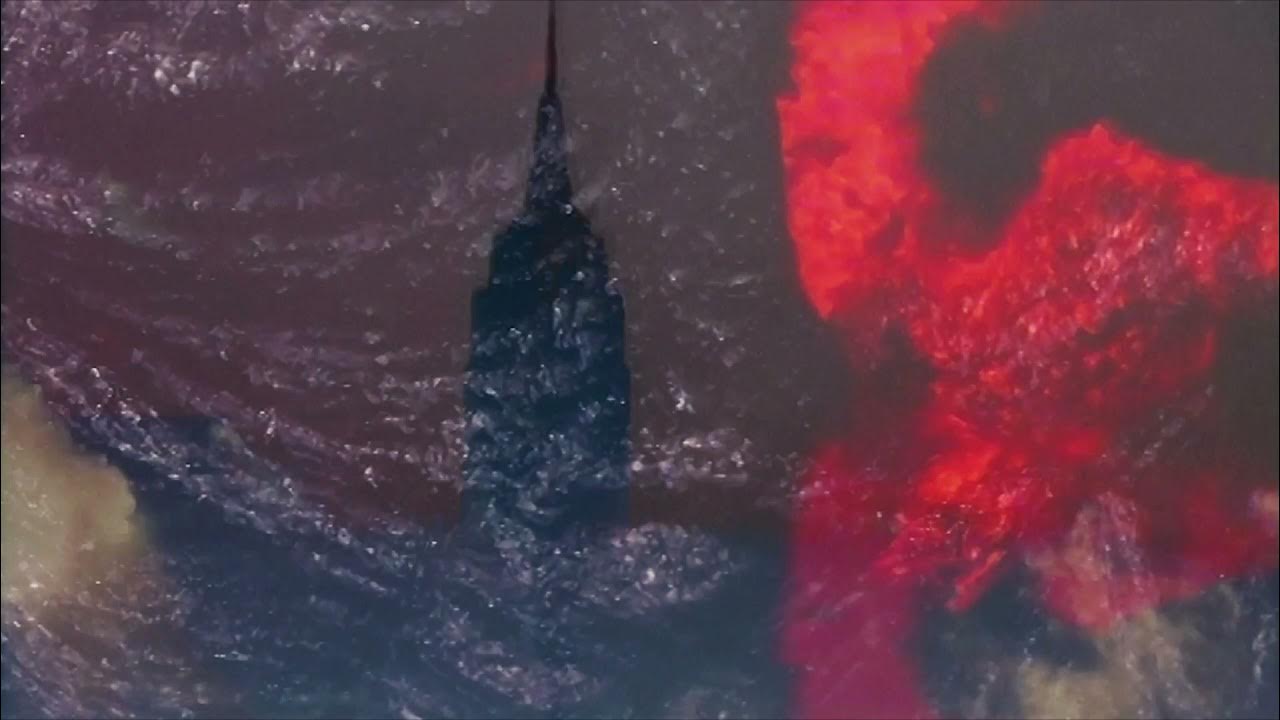 Us and I - Loveless

Bengaluru, India's Us and I —the duo of vocalist Bidisha Kesh and producer Gaurav Govilkar—offer up a different kind of synth-based lushness on their four-song Loveless EP, which was released independently in August.

Despite the song title, lead-off single "Fragile" is deceptively robust, with iridescent synth oscillations and chorus effect-blown guitars swirling around vocalist Bidisha Kesh's hushed, but vivid wordplay ("Frescoed visions seen under night sky"). The soft sighing romanticism of ballads like "Butterflies" and "First Love" are gauzy in all the right places, while the high drama electronic arpeggios of "Phases" (which also puts vocoders and ocean waves to work) call to mind a nexus point between Beach House, Chromatics, and the nostalgia of the Stranger Things score.

You just read issue #49 of Gut Feeling. You can also browse the full archives of this newsletter.