A mini-guide to Vancouver's Global Symphonic

Earlier this fall, Wolf Parade’s Spencer Krug announced he's set to issue the first-ever vinyl pressing of his Sunset Rubdown project’s sophomore album, Shut Up I Am Dreaming, through his own Pronounced Kroog imprint. That’s great! I’d caught the announcement over at Exclaim!, which had noted that the album had originally been issued on CD through California-based imprint Absolutely Kosher— which is true, though the CD was also printed up domestically in 2006 by Vancouver’s Global Symphonic. For that matter, they’d also released CDs of Sunset Rubdown’s earlier Snake’s Got A Leg album and self-titled EP. In light of that smidge of CanCon erasure, this week we’re getting into some of the other records from the perhaps looked-over Global Symphonic stable.

Founded by Sean Keane and Carlos Williams, Global Symphonic was an oddly esoteric hub. Around the turn of the century, Sean was both the throaty, powerhouse vocalist for Vancouver’s NYHC-styled Dissent, and the effects-coursing guitarist for moody, melancholy post-punkers the Automovement. Fittingly, the label roster reflected that same kind of fluidity, whether showcasing cello-driven goth (Certain Breeds), shred-heavy skate punk (S.T.R.E.E.T.S.), Maiden-inspired instru-metal (Mercury the Winged Messenger), or knotty indie-folk (Happy Kreter).

Though the reach of some of the label’s artists stretched across the globe (particularly Sunset Rubdown and Vancouver’s The Organ), outside of outliers like California’s Ghost Orchids or Toronto’s Hacksaw, Global Symphonic was generally a B.C.-centred arts experiment.

While the label hasn't issued anything in quite a few years, they currently run an official Instagram account. That said, Global Symphonic content is pretty hard to come by online. With that in mind, these are a few choice cuts from the catalogue I could find streaming in some form.

The following year’s self-titled 12-inch—the label’s second release, following the debut CD from pre-Frog Eyes outfit Blue Pine—brought synth player Marina Stamboulleh into the mix, with the five-song outing coming across a touch more optimistic, like a sliver of light poking through a raincloud. The darkened, ruminative jangle of the EP’s “Touch,” for instance, was countered by the swooning, amber-aura synth-and-six-string conclusion “Never Again.”

Though there’s a touch of the Cure’s “A Forest” in the record’s bass-bounding, echo-plated “As We Slip Away,” the Automovement were a contemporary force alongside fellow locals like Radio Berlin, who had likewise fused the scrappiness of their hardcore background with a deeper sense of melody. 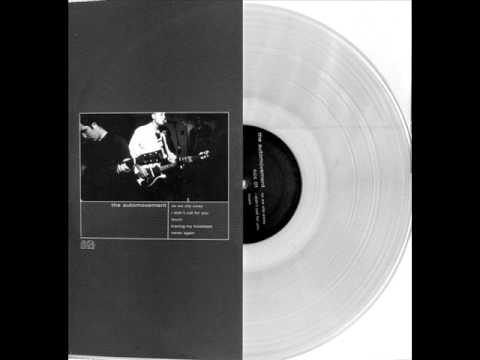 Speaking of Radio Berlin, that band had issued a remix-and-alternate takes-type compilation on Global Symphonic called Sister Sounds in 2003. Ahead of that, guitarist-vocalist Jack Duckworth brought his more hard-edged, industrial-dusted A Luna Red project to Global Symphonic for their 2000 art-damaged debut, The Death Birds. Recalling the early line-up of the group—Jack on bass and electronics, with synth players/programmers Erica Neumann and William Winslow-Hansen—Jack described the outfit as “three musicians from varying backgrounds looking to forge a tense atmospheric sound that was simultaneously urgent and distressed.” From a listener’s perspective, The Death Birds is as awesome as it is anxiety-ridden.

“Insects and Binary Bits” pits Jack’s feral shrieking with junkyard digital clanking; “The Cut-Ups” is all four-on-the-floor fury and panicked programming. While often hovering around this kind of electro-punk clatter, the slow-mo organ saturation and delay-decayed bass work of “Malaria” leans more towards the primal cabaret churn of Portland’s Get Hustle or Baltimore’s Love Life.

A Luna Red’s line-up morphed over the years, eventually issuing both the chaotic yet danceable ELCTRK! EP through Gold Standard Labs and the SLMZK! LP on Action Driver in 2002. Global Symphonic also put out a 12-inch split between A Luna Red and Bay Area gloomsters Ghost Orchids (who had issued their Architecture EP through the label in 2001).

Hard copies of The Death Birds are hard to come by outside of used bins, but Jack thankfully brought the album onto Bandcamp a few years back.

If there was a breakout group on the Global Symphonic roster, it was The Organ. The quintet’s debut, six-song Sinking Hearts EP caught plenty of attention both locally and abroad in the early ‘00s, leading the band towards a spate of international singles, touring, an appearance on mid ‘00s drama The L Word, and the shared release of 2004 LP Grab That Gun through Mint Records and 604 Records.

As for their lone release on Global Symphonic, the title track, in particular, is a great exercise in teamwork—a brisk track pinging Jenny Smyth’s woozy organ stabs off Deb Cohen’s stately, austere guitar chiming, Ashley Webber’s rhythmic bass groove, a propulsive beat from Shelby Stocks, and the gliding, vibrato-heavy lilt of vocalist Katie Sketch. The track, as well three more cuts from the EP, were re-recorded for Grab That Gun.

While the Organ concluded their run all the way back in 2006 (issuing 2008’s Thieves EP posthumously), some of its members continue to release music. Most recently, Ashley Webber’s Ashley Shadow project delivered folk-moulded sophomore collection Only The End this past September. 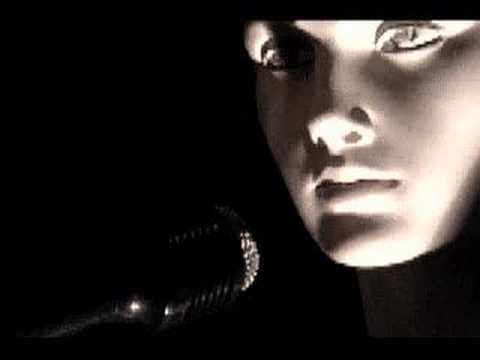 Music video from The organ “Sinking hearts”enjoy! :)LyricsRemember when i left youI couldn’t say your nameOr other crucial things like i love youOh, that’s a…

While Victoria’s Frog Eyes would issue a handful of releases through Global Symphonic, this split 7-inch with Vancouver’s Jerk With a Bomb is a nice two-for-one to go out on. The former’s “The Ox Who Drank His Blood” is a dread-inducing dirge bursting with in-the-red circus organ, crystal shards of guitar, and Carey Mercer’s uniquely discomfiting tenor.

Following the high drama of the A-side, Jerk With a Bomb’s two contributions are a comparatively nerves-soothing palette cleanser. The two-piece of One Easy Skag (a.k.a. Stephen McBean) and The Silo (a.k.a. Josh Wells) first offer up “Drunk Behind the Wheel” as a lazy, back-porch shuffle of acoustic guitars and brushed snare hits, but they cap the outing with a sneering, switchblade-flicking piece of electro-punk called “Knife Fight, but Why?” Inspired by an ominous fever dream, Jerk With a Bomb would eventually expand and transform into Black Mountain, which McBean still mans in altered form. 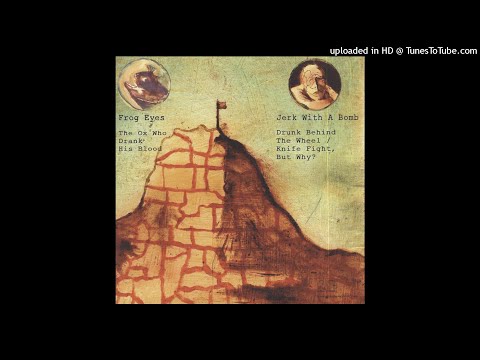 Frog Eyes - The Ox Who Drank His Blood - YouTube

You just read issue #50 of Gut Feeling. You can also browse the full archives of this newsletter.