A new dataviz+streaming project all about The Office!

In my welcome newsletter I said you could expect about one email per month, but I also said to expect the unexpected (Irregular Content, Irregular Timing, remember?) So welcome to a surprise special issue of Will’s Newsletter.

I’m excited to announce a new project about The Office! Some of you may know that I’m a diehard Office superfan, and last year during one of my watchthroughs I noticed a few cases I’d never realized before of Michael Scott misquoting something. It’s a well-known running gag in the show that Michael will misattribute quotes, botch common idioms, etc. But these new examples I noticed were not documented anywhere. I scoured reddit, internet listicles, and dunderpedia, but as far as I could tell I had documented a new botched phrase. It got me thinking what other examples of this gag I’d missed, so I decided to catalogue them. I went through the resources I mentioned above and started making a spreadsheet of every example I could find on the internet. It was a pretty impressive and hilarious list, so I decided to take it to the next level: I went through the show and watched each episode with my spreadsheet open. Any time Michael said something even remotely questionable, I googled it and added any new botched phrases or misquotes to my spreadsheet. It was both hilarious and fascinating to finally understand all these jokes I’d never even noticed before (many of them very subtle and clever). At the end I was excited to see I collected over 200 botched phrases, and I estimate 3/4 of these are never-before-documented.

This is normally where I’d give you the link to the project, but that’s the fun part, there is no project… yet. Also early last year I started live streaming some design and coding work on Twitch. I only did ~5 streams, and I was mostly playing around with my setup and just seeing what it was like, but I had the idea to eventually stream a full dataviz project from start to finish. Well, this is that project.

Starting in the next couple of weeks I’ll stream my process of data analysis, design, and front-end engineering to build this project. I’ll also be announcing this on Twitter soon, but for now it’s a special secret just for newsletter subscribers (so please keep it hush-hush). As subscribers I’m also giving you some other goodies. First is access to the data: you can browse all of my raw data (incomplete in places) here. And if you think I missed one of Michael’s botched phrases (I’m sure I missed many!) you can submit any examples you have using this form.

My tentative plan is to stream for a couple of hours every week, most likely starting at 6PM EST on Thursdays, but I will announce a more specific date/time on my Twitter so watch that space. I’ve got a few more goodies for newsletter subscribers only: more to come in the next couple months, but for now I’ll leave you with this poster I made to celebrate the project (and my newsletter), featuring yet another famous Michael Scott joke. 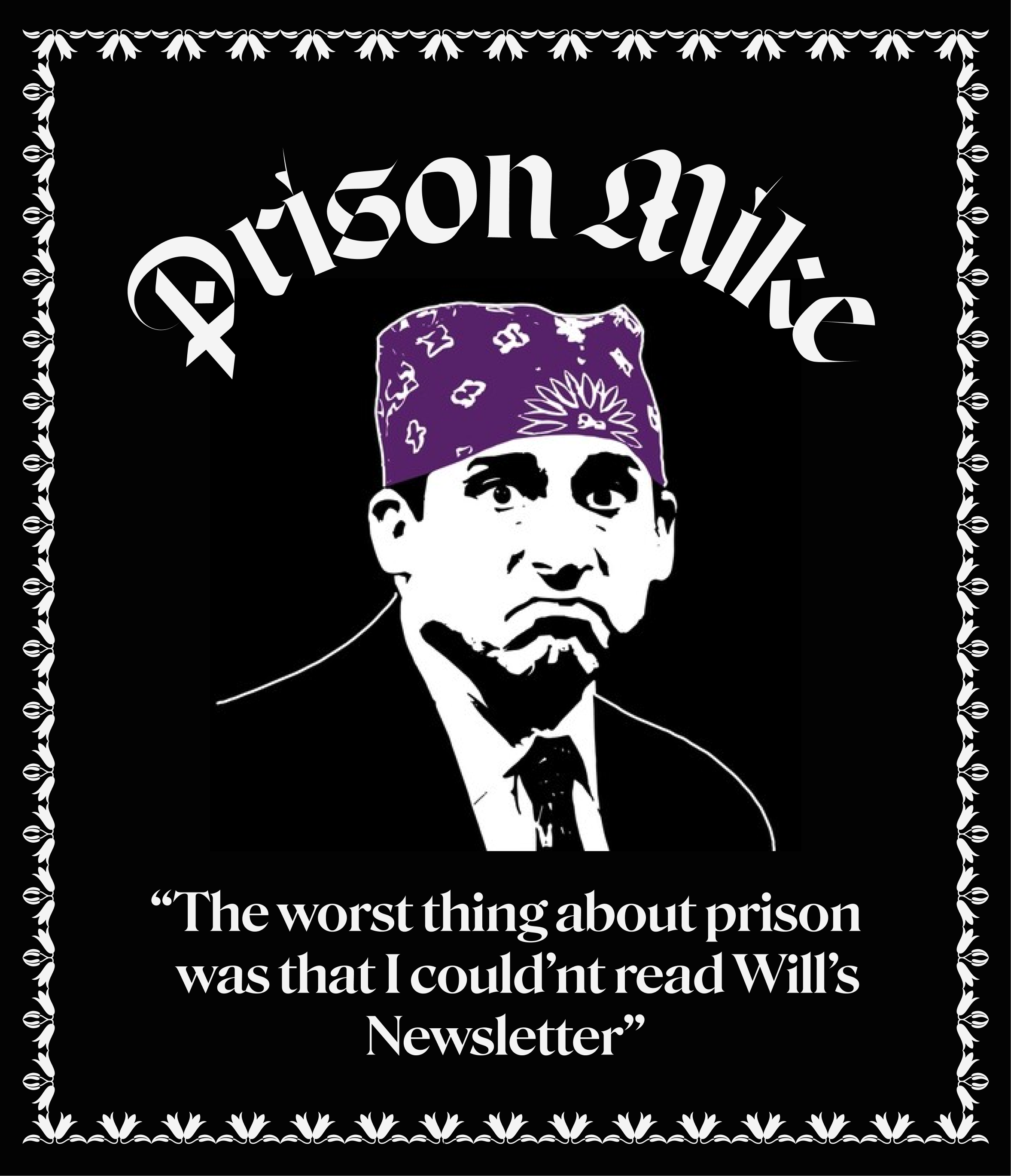 You just read issue #3 of Will's Newsletter. You can also browse the full archives of this newsletter.