Big props to Evan and the Vue core team for getting these improvements into the Vue 3 betas in 2 weeks. Especially looking forward to using the state-driven CSS vars 🎉.

This PR includes 3 RFCs related to improving the authoring experience of Vue SFCs.

A huge step closer for those patiently awaiting the stable release of Vue 3.

A lengthy, but essential read for anyone who plans to use Vue 3. It methodically breaks down the team’s process – from getting the community involved with the RFC process, to finding a balance between features and simplicity.

An amazing addition to the Nuxt.js ecosystem for working with content of all types. This gave me the same jitters as when VuePress was initially announced… 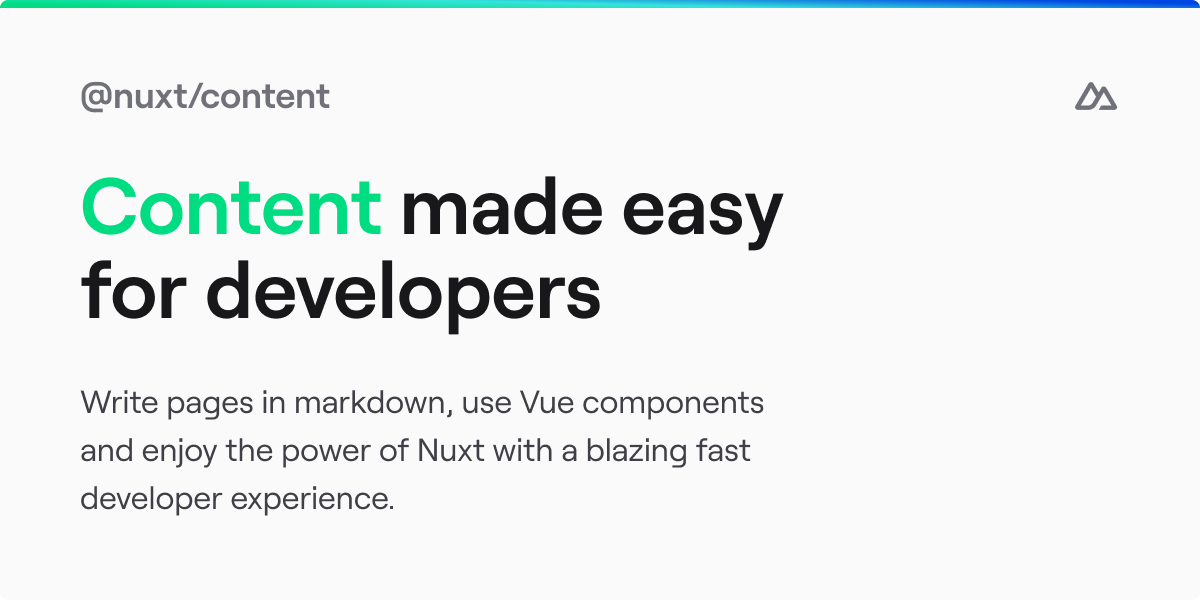 Empower your NuxtJS application with @nuxt/content module: write in a content/ directory and fetch your Markdown, JSON, YAML and CSV files through a MongoDB like API, acting as a Git-based Headless CMS.

If you’ve been looking for some type of safety and class structure to your Vuex store, this library is for you. This library promises reactivity, computed properties, and watchers. Write in TypeScript or vanilla JS. No Setup or boilerplate. Use it anywhere!

Using AWS Amplify can really increase development velocity by providing scalable AWS integrations. This post walks through the process of getting up and running quickly with your Vue project.

An evolving real-world example of the new features that are landing in Vue 3.

Vue 3 Playground stands as a learning project for those who want to get familiar with the new features of Vue 3.

Nuxt received some major upgrades to its JamStack game with the 2.13.0 release. In this post I’ll run through the new features, how to use them, and how you can say goodbye to nuxt generate for good.

If you have not checked out Tauri yet then do so now. It’s a great alternative to Electron with a much, much smaller bundle size.

Tauri is a toolchain for creating small, fast, and secure desktop apps from your existing HTML, CSS, and JavaScript. In this article, Kelvin explains how Tauri plays well with the progressive framework Vue.js by integrating both technologies in bundling an example web app called nota as a native application.

A helpful collection of real-world implementations of common Vue concepts. These snippets will come in handy no matter how long you’ve been using Vue.

I always found “foo” and “bar” placeholders hard to read. I tried to create snippets that you can grab as fully working components so you (and I) can start using it in Vue projects or simply for learning purposes.

A great, and admittedly long-overdue, post from the developer behind Vetur. He provides a go-forward plan that puts an emphasis on Vue 3 support, typescript integration, performance improvements, and VLS/VTI enhancements. Please support him if you’re able to.

Have suggestions for content? Send us a note @ vueweeklydev@gmail.com.

You just read issue #1 of VueWeekly.dev. You can also browse the full archives of this newsletter.