Third places after the pandemic

One of the questions that comes up often when we’re having video chats, either at work or in our personal lives, is about the first place where we will go once the world returns to some semblance of normal.

Unsurprisingly, the majority of answers are divided in two categories: exotic locales and places with family. For every “I’d love to go back to Paris,” there is a “I can’t wait to go see my mom again.” It is heartening to hear these answers, whatever they may be.

I too, would love to travel—maybe reschedule our trip to Morocco that we had to cancel, or head to New Orleans like we do every few years—and would also love to just return to the family home in Toronto to see my parents and my grandmother. Both of those sound like the most delightful ways to usher in some normalcy after all of this subsides.

As someone who worked from home before the pandemic times, the coffee shop was my regular escape, a water cooler of sorts where I would see other remote workers and be greeted warmly by the staff. I’d spend hours there a week, chatting with staff and patrons, or just sitting in silence watching the hubbub of the world go by as I write letters or read my book.

The thing I miss most about these pandemic times is the dissolution of third places. For many of us, our work place and home place have been conflated into one, and even for those who still travel to their workplace (like my incredible wife, who goes into the hospital to work every day), there is no other place other than home and work where we can be in community. Prior to all of this, I would find community at the library, at the coffee shop, at the local park; now, those places are gone, and I feel their loss and the loss of community that this informal gathering brought to me.

Most needed are those ‘third places’ which lend a public balance to the increased privatization of home life. Third places are nothing more than informal public gathering places. The phrase ‘third places’ derives from considering our homes to be the ‘first’ places in our lives, and our work places the ‘second.’ […]

The character of a third place is determined most of all by its regular clientele and is marked by a playful mood, which contrasts with people’s more serious involvement in other spheres. Though a radically different kind of setting for a home, the third place is remarkably similar to a good home in the psychological comfort and support that it extends…They are the heart of a community’s social vitality, the grassroots of democracy, but sadly, they constitute a diminishing aspect of the American social landscape. […]

Life without community has produced, for many, a life style consisting mainly of a home-to-work-and-back-again shuttle. Social well-being and psychological health depend upon community. It is no coincidence that the ‘helping professions’ became a major industry in the United States as suburban planning helped destroy local public life and the community support it once lent.

What will society look like after these pandemic times? What will our new normal be? Whatever changes this brings, we will buoyed by our communities; the informal congregation and gathering of people in third places will be at the core of re-establishing (physical) community after a time of physical distancing.

That’s why, after all this is done, the first place I’m visiting is the local coffee shop. There are new bonds to built and old ones to strengthen, and I’m excited to do that over a cup of coffee, hopefully very soon.

Things to Do in the Belly of the Whale
Dan Albergotti

Measure the walls. Count the ribs. Notch the long days.
Look up for blue sky through the spout. Make small fires
with the broken hulls of fishing boats. Practice smoke signals.
Call old friends, and listen for echoes of distant voices.
Organize your calendar. Dream of the beach. Look each way
for the dim glow of light. Work on your reports. Review
each of your life’s ten million choices. Endure moments
of self-loathing. Find the evidence of those before you.
Destroy it. Try to be very quiet, and listen for the sound
of gears and moving water. Listen for the sound of your heart.
Be thankful that you are here, swallowed with all hope,
where you can rest and wait. Be nostalgic. Think of all
the things you did and could have done. Remember
treading water in the center of the still night sea, your toes
pointing again and again down, down into the black depths.

I’m going to do my best to keep these weekend reading links (mostly) unrelated (at least, not directly) to the coronavirus. If you’re looking for more pandemic-related reading, check out my regularly-updated list of articles and links I’m collecting in a separate blog post.

You see, a kid’s entire life, their daily existence, is about being surprised. Any plans a 3 year old makes are at best tenuous. Often, they’re literally impossible. But kids know their plans are fleeting, since their world turns upside down every time they learn something. So they process, and adapt. They might kick up a fit briefly, but then they adjust. By the next day their world is different, and they’re moving forward. It’s a goddamn miracle.

I’m sick of scrolling past essays to get to recipes I’m not paying for:

Just give me the freely provided recipe, god damn it! I’m trying to feed my family here while ignoring the fact that you need to feed yours! No, I will not buy a cookbook that doesn’t need lengthy headnotes because the author is supported by readers actually paying for content. Nor will I use a mass-market, corporate-owned recipe site that, by virtue of business model and scale, can show me how to cook via context-free instructions or 30-second top-down videos, no life musings required. Instead, I’m going to go with your freely provided recipe, enjoy the dish, and then bitch about your independent blog for guaranteed Twitter clout.

We are hearing the rhetoric that COVID-19 does not discriminate, and that everyone is equally at risk. While the virus may not discriminate, human systems do. Everyone infected does not have the same resources, and not everyone will be affected equally. We have seen in this time how inequality has deepened. One class of people goes to work on the frontlines largely in low-paid service jobs, while another, richer, class of people gets to sit home. Race widens those gaps.

Thank god for the internet:

Thank god for the internet. What the hell would we do right now without the internet? How would so many of us work, stay connected, stay informed, stay entertained? For all of its failings and flops, all of its breeches and blunders, the internet has become the digital town square that we always believed it could and should be. At a time when politicians and many corporations have exhibited the worst instincts, we’re seeing some of the best of what humanity has to offer — and we’re seeing it because the internet exists.

There is no shame worse than poor teeth in a rich world:

It wasn’t sugar, heaps of which are sucked down daily by the middle and upper classes, that guided his and my grandma’s dental fates. And it wasn’t meth. It was lack of insurance, lack of knowledge, lack of good nutrition – poverties into which much of the country was born.

The hollow politics of minimalism:

Half a century later, we’ve kept the aesthetics but jettisoned the ideas that drove them. Minimalism has been reduced to an aspirational style—a measure of taste and an opportunity to announce your sophistication. By buying and having less, you can demonstrate that you and the things you do own are worth more. If Minimalist art was a void, then theoretically anything could rush in to fill it. The movement’s fundamental “emptiness helped it slide along this path to commodification,” Chayka writes. “It could be whatever you wanted it to be,” and it was easily replicable.

The McQueen show that changed the future of fashion:

I think everybody realised, ‘Hold on, wait a minute. Instead of showing this show to three hundred people, we can show it to six million?’ It was like a bomb going off, there was such a huge ripple-effect through every part of the industry afterwards. All the studios and all the companies go, ‘Hold on, wait a minute, I can get through to six million people with my show, I don’t have to think of an advertising campaign…why aren’t we putting everything into a show that can get through to so many people?’

In this time of quiet, this time of pandemic, I try to sit and simply listen for a few minutes every day. I close my eyes and I listen. Most often, I hear the reduced traffic noise and the far-off sirens and the ticking of a clock. Sometimes I’ll hear a dog barking or the bells of Grace Cathedral. Sometimes a voice. But as I journey through these sounds, almost always, at the end of it, I’ll hear birdsong. And that’s it. That’s when I know I’ve reached the end. That I will reach no greater sound.

For most of U.S. history, serious hoarding was beyond the resources of average Americans. Often leading subsistence lives, they lacked the money or opportunity to stockpile limited supplies. Manufacturers, wholesalers and retailers, though, could — and often did — accumulate scarce products to drive up their prices.

Places which have played a significant role in European history tend to have different names in different European languages. French speakers do not call the capital of England London but Londres. The Greeks call it Londino, the Italians Londra, and the Poles Londyn; in Albanian it is Londer, in Finnish Lontoo, in Lithuanian Londonas, and in Welsh Llundain. This plethora of names tells us that London must have been an important city in the European context for many centuries. Europeans wanted and needed to talk about London; they naturally talked about it in their own languages, and they thereby developed names for the city in those languages.

I have no clue what this is, but this “synesthesia-esque” sound machine isn’t mesmerizing.

What did Hubble see on your birthday? 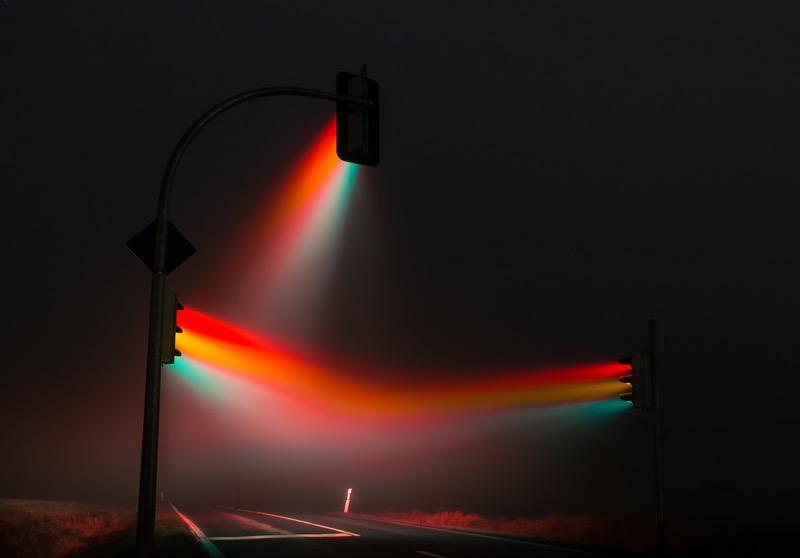 You just read issue #61 of Weekend Reading : Flashing Palely in the Margins. You can also browse the full archives of this newsletter.