In my last email I was inspired by how a church in West Virginia responded to the constraint of social distancing, and challenged myself to start thinking of creativity as a spiritual discipline in the same way I regard prayer and scripture.

At the end of that email I asked:

How have you been (or seen others be) creative during this pandemic?

Here are your responses:

”I’m instituting a constraint on my snacking — if I wanna snack, I gotta make it from scratch. Which means I’ve gotten more creative in the kitchen, e.g. making crackers (!). nothing glamorous, but definitely something i wouldn’t have otherwise tried.” 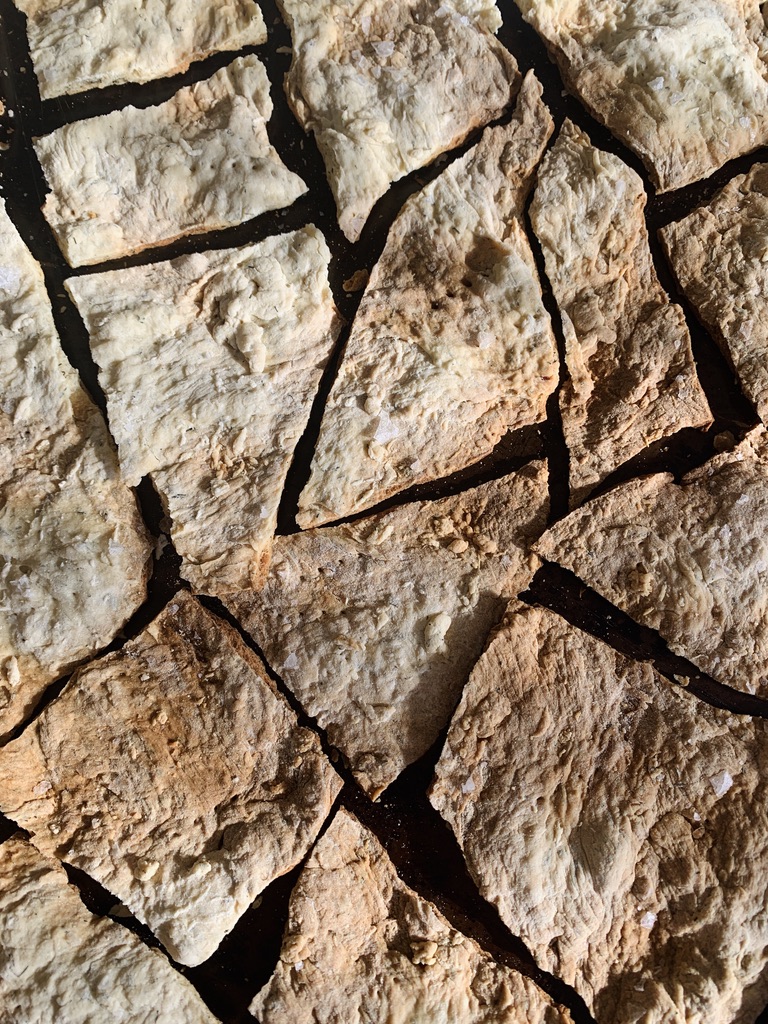 ”I’m building a “Catan” (it’s a board game) board out of wood in our landlord’s shop so we don’t have to use the flimsy outline they gave us in the game. My inner geek thinks this is the coolest.”

My husband created an indoor carnival for the girls when we were having a rainy and cold day. They had to use their play money from their register to “pay” for the games and they would “win” a stuffed animal. You would’ve thought they were new stuffed animals because they were beyond excited every time they won!

The Uncanny Valley of Conversation

I had a day last week where I was on video calls (without a break) from 10AM–3:30PM. After five and a half hours straight of talking to people through a screen I was drained. That evening I spent another hour or two doing the same with friends.

The total amount of conversation time that day was probably average (at least for pre-COVID times), but doing it all through video was so much more exhausting than normal, in-person encounters.

Right as I started to wonder why video calls tire me out so much, a post titled A Theory of Zoom Fatigue popped onto my twitter feed.

The author takes a fairly deep dive into the “theory of perception” (at one point they reference philosopher Maurice Merleau-Ponty 🤷‍♀️), but their basic hypothesis is that video calls wear us out because

the full range of what the mind assumes should be available to it when it perceives a body, simply isn’t there.”

In other words, when we see a face our subconscious expects all the other subtle signals we pick up from body language and physical space to be there as well. But that’s not the case in video calls. Even though our brains keep trying,

“because we are not actually sharing the same physical space, we can’t quite achieve the optimal grip we’re accustomed to achieving in conversation.”

While video calls are the closest medium we have to a real face-to-face encounter, the way our brains try to process the situation is at odds with reality.

And that’s what makes video calls so tiring — the face on the other side is just a mirage.

What a killer line!

While it was the first time I’d ever heard of that phrase, it felt instantly familiar.

Because “a conversational uncanny valley” is exactly how I’d describe prayer – a conversation with someone who is both invisible and nonverbal.

So here are a few thoughts on what the uncanny valley of video call conversations has been teaching me about my approach to prayer.

Imagine every time you were talking to someone in real life, you saw a tiny reflection of your own face floating right next to theirs. How absurd! How unnatural!

And yet Silicon Valley designers have decided this is exactly what the optimal video call experience should be like.

Being able to see yourself during the call is a helpful reference for knowing whether you’re “in view” or “out of view,” but having to rely on a digital mirror to monitor your own visibility is abnormal. It’s a lazy design solution.

It would be fairly simple for our favorite companies to train a low level image recognition algorithm to notice when you’ve moved offscreen and subtly prompt you to get back in view (the edges of the app window could glow red, for example).

Repeatedly glancing at a small version of myself in the corner of the screen while talking to someone else feels, at worst, like a benign form of narcissism. But it also makes me reflect on other ways in which I can become preoccupied by my own image, and how that prevents me from being fully attentive to my conversation partner.

In the context of prayer, this kind of self-centered behavior feels a little more serious. What percentage of my prayers begin (and even end) with the topic of myself?

While deciphering whether someone is fully present with you in real life might require interpreting nuanced social signals, it’s painfully obvious when you’re on a video call.

We all know the telltale signs — shifts in the luminosity of the screen glow reflected onto their faces means they’ve opened a new window. When their eyes glance to the edge of the screen every time you talk it means they’ve minimized your face to make room for whatever else they’re looking at instead.

Witnessing the attention of your conversation partner wax and wane in real time is like slowly pushing a sword into your gut. But if you thought my pain as a victim would prevent me from committing the exact same crime to others, you’d be wrong.

The moment I feel my undivided attention is no longer mandatory in a video call, I’m off to browse open tabs or triage Slack messages (all under the guise of multi-tasking, of course).

While I’m typically not browsing the internet while I pray, at times it feels like I’m just as prone to seek distraction. My prayers will trail off into thinking about what I need to do for the day, or replaying memories, or simulating social situations.

But I should practice a little more self discipline. Close the tabs, be present.

In-person conversations can be impromptu, but video calls require an explicit agreement from both parties to begin and end. The number of steps between “I need to talk to this person” and “I am talking to this person” can feel arduous.

Create a calendar invite. Copy the link. Paste the link. Click the link. Wait for the microphone and video to load. Click enter. Wait for the other person to join. Can you hear me? Great. Yes, I can hear you.

Even though I miss being able to strike up casual conversations, a friend pointed out that there’s something valuable about the intentionality required for video calls. Having to “enter” and “exit” a conversation requires purpose. It can only happen through planning and consent. That kind of effort means a lot in relationships.

One of my favorite aspects of prayer is that I can pray anywhere, any time. I believe that God is always accessible and that prayers don’t need to be long (my go-to prayer before meals with guests is “God, thanks for this food and for these friends, amen.”)

But my prayers shouldn’t only be fast and casual or limited to when it’s convenient for me. I’m reminded that there is deep relational value in intentional prayer — for setting aside time, entering a room, testing the connection, and staying on the call longer than five minutes.

Without a doubt, the single worst part of video calls is latency. Having to wait for a response whenever there’s a gap in the connection requires near black-out levels of concentration.

Even the slightest delay in response is enough to make me question my entire existence — did they hear what I said? Should I repeat myself? Did my joke bomb?. Particularly bad delays are sufficient grounds for aborting the call.

But because of these delays in connection my friend told me that he is becoming a better listener. He’s more patient. Instead of jumping in right away with a response, he’ll stay silent for a tick or two longer than usual to ensure his conversation partner has had time to complete their entire thought.

He speaks. He waits. He listens. And then he listens a little more.

Several years ago my concept of prayer was completely inverted: I started speaking less and listening more. I finally gave God a chance to respond instead of talking over him and it worked 😅 I started to hear from God in real time.

Though God never guarantees an immediate response to prayer, it’s still up to me to ensure that I’m giving him the time and space to do so.

Speak. Wait. Listen. And then listen a little a more.

What have you learned about communication since sheltering in place?

You just read issue #14 of The Valleyist. You can also browse the full archives of this newsletter.