Over the years years I’ve been building websites to showcase my work. Squarespace was my go to web builder because it was simple to knock something fairly decent without any coding. The downside to Squarespace is that under the hood is a heap of strung out lines of codes that hogs bandwidth and memory. In essence it lacks elegance.

Last year over lockdown I learnt some rudimentary coding and levelled up by building a website using Hugo to replace Squarespace. My aim was to create a more responsive website that was efficient, light, and nice to look. 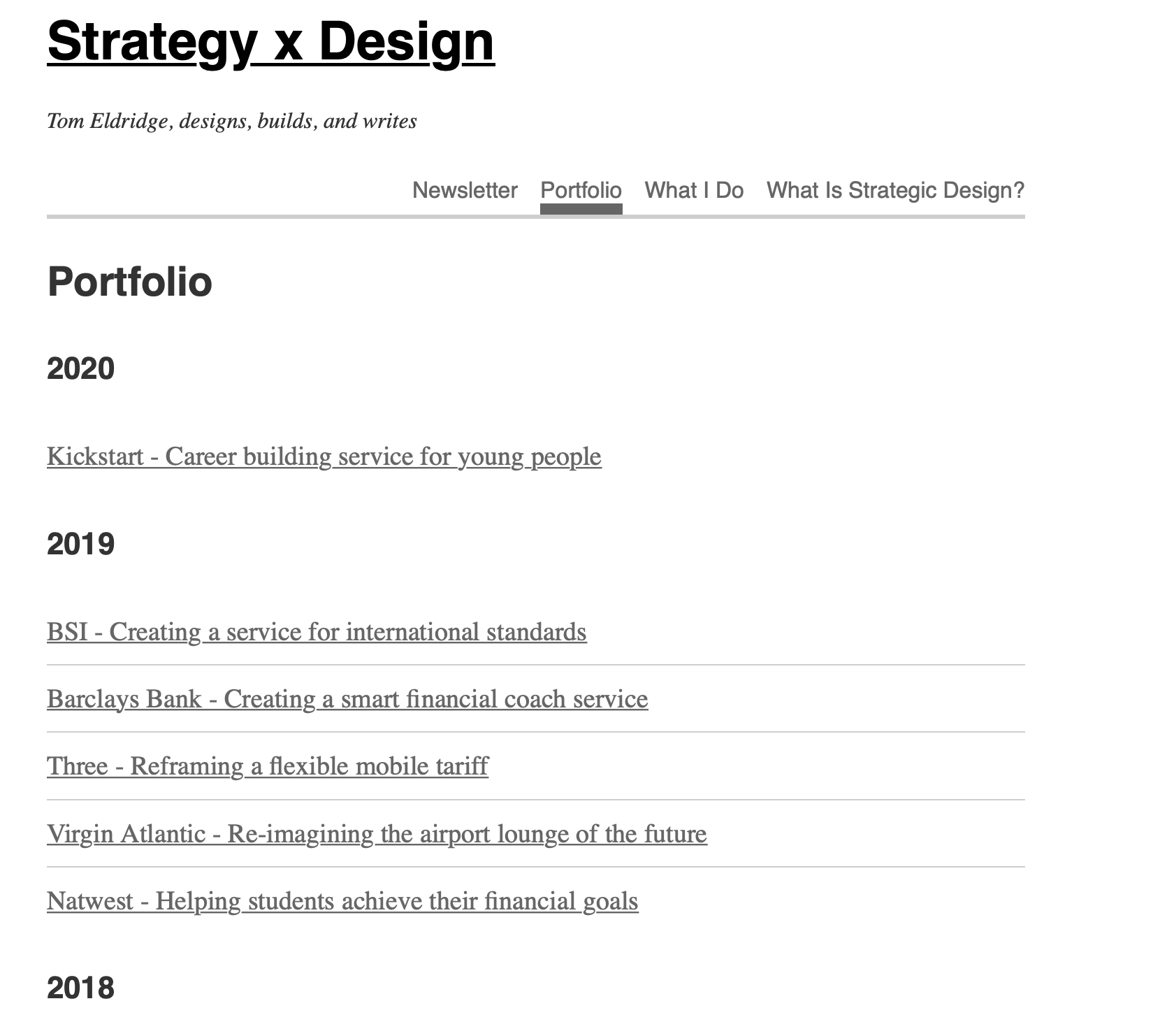 Truth be told, I was never entirely happy with the end result and this says a lot more about my skills as a programmer to bridge what I wanted to create and what I ended up. I would give it a solid B grade.

So onto Tom’s website 3.0 and this time I’ve kept things simple using HTML and CSS. I’m pleased with the results as the webpage feels lighter and less cluttered. What’s more, it took barely a few hours to throw together. 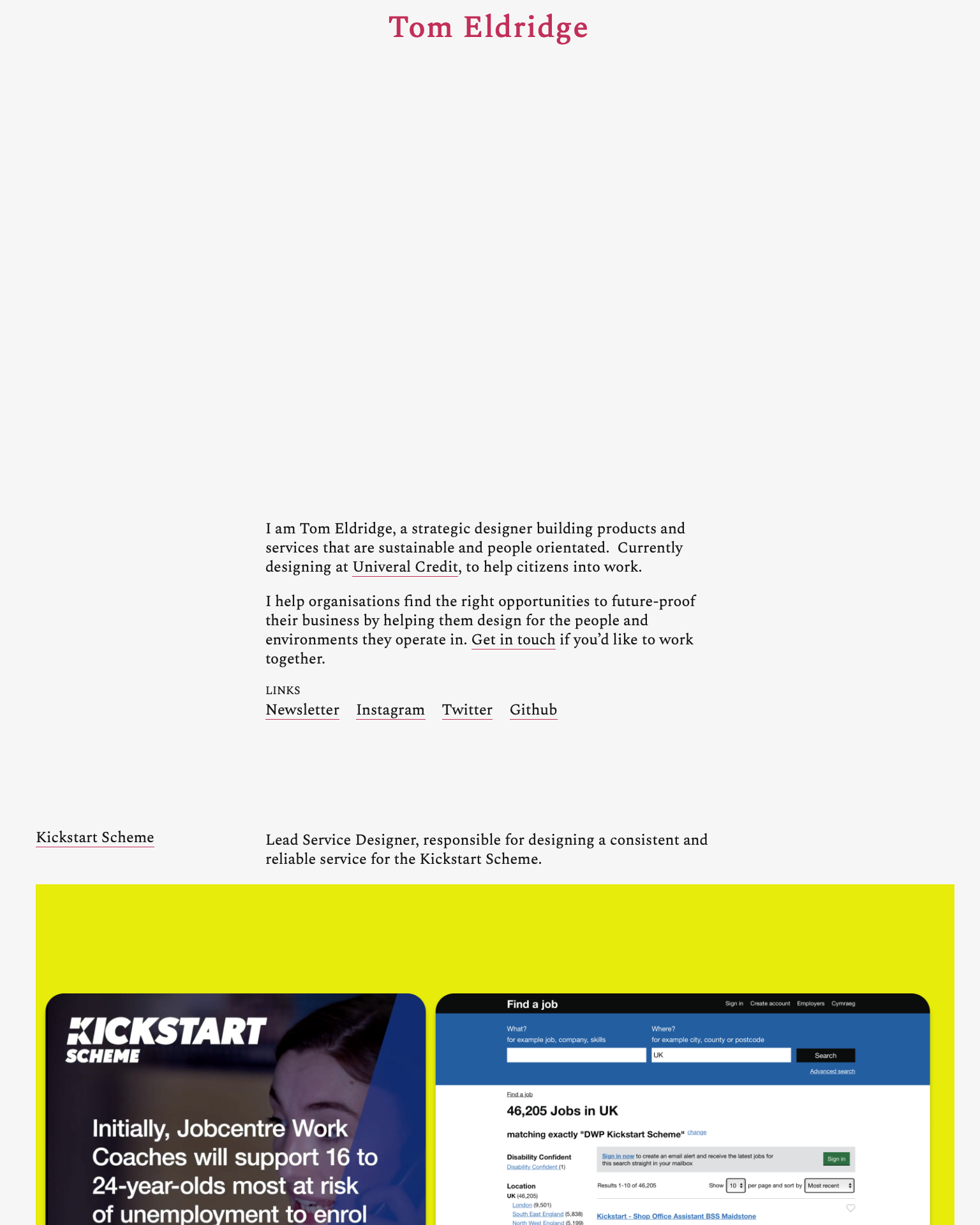 I bought the Eldridge.Eth domain earlier this year and was gifted an airdrop of tokens that granted me membership of a DAO. DAO stands for distributed autonomous organisation and are designing new ways for people to come together and collaborate in a transparent and trustworthy way. Being decentralised, decisions are agreed by members and signed by way of digital smart contracts.

With crypto acting as the backbone, DAO’s can quickly build a treasury and get their members to vote on how best to use the funds. What’s crazy, is that the founders of Juicebox DAO were able to raise US$40million from their members in a single week to fund the bidding. At the time of writing this, Juicebox DAO narrowly missed out on buying a rare copy of the US Constitution.

For all the goofiness in trying to buy the constitution or organising a pizza party in 60 countries, this decentralised form of collective action seems to have caught people’s imagination. The scaleability of DAO’s opens up the possibility for, towns or cities to adopt this model of governance and a proof of concept is being undertaken with https://www.citydao.io/

Another example is treeDAO: “The TreeDAO is a Distributed Autonomous Organization that Raises Funds, Buys Woodlands, and Sells NFTs representing partial ownership of the woodland. These NFTs are ideal gifts, durable, digital and unique. They will compete with gifts such as “Name a Star registry” and “adopt a zoo animal”.

The funds have been raised and a woodland purchased with the view that ‘investors’ will be given a tree token which can be exchanged for a Non Fungible Token (NFT) and sold for a profit. I’m not entirely sold on the NFT angle because at this moment NFT’s have a whiff of Tulip Mania around them. That said, the same criticism was levelled at Crypto, and Bitcoin is over a decade old. However the fact that a group of like minded people can come together, pool resources and accelerate a cause opens up some exciting prospects for the future. 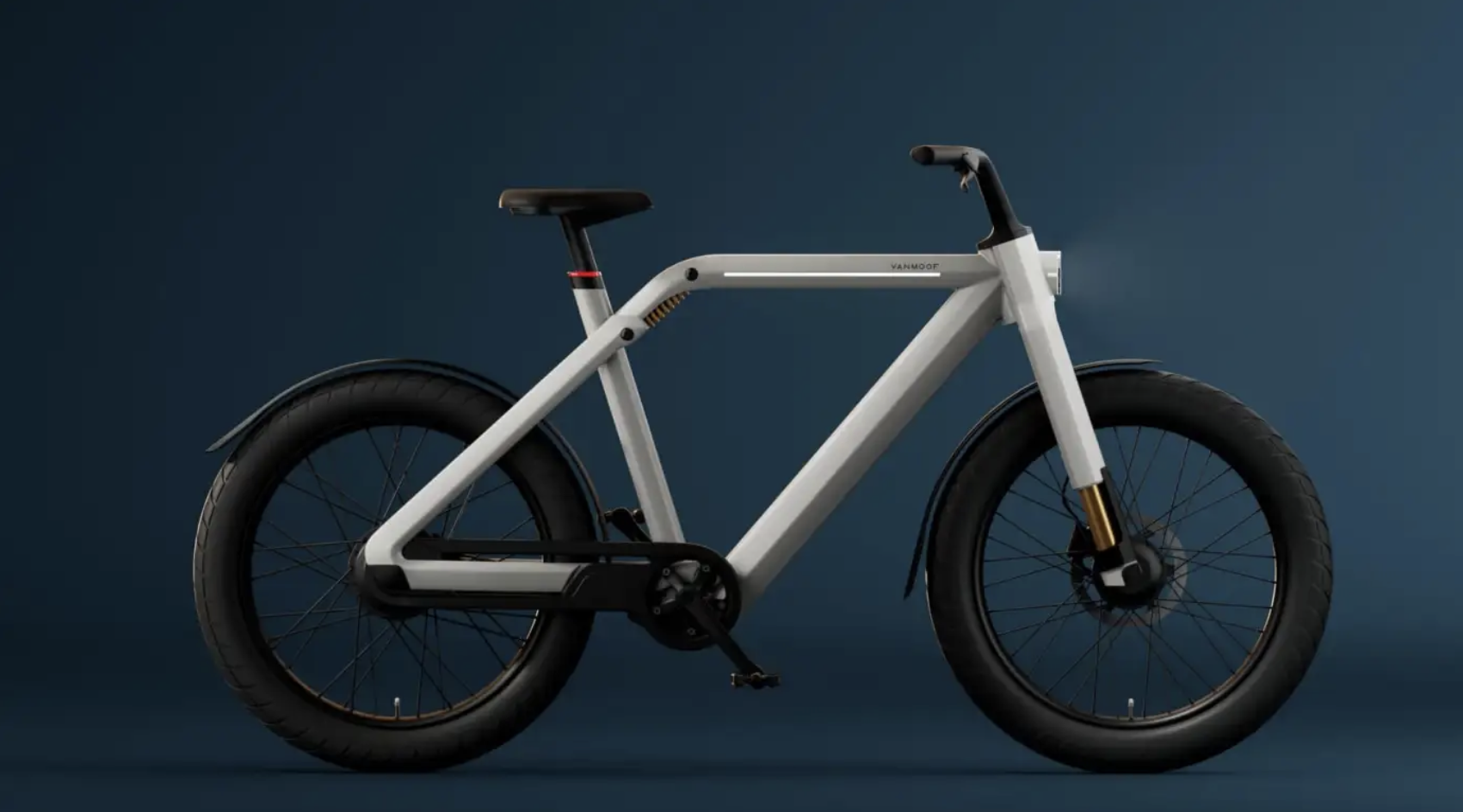 The big dilemma is by encouraging speed, are we neglecting the other benefits associated with cycling. The feeling of being more connected with the environment and people around you. Does this not melt away the more you increase the speed? By throttling up, is this not aping the behaviour of motorist in pushing speed over everything else? Or is it the rigid and backward looking policies that govern our roads that’s the problem?

Founder Ties Carlier said during the launch “In our vision, current policy is limiting the adoption of this type of transportation. We’re calling for policies designed for people instead of cars. That’s why we will work with city governments to explore geofencing and push for modernized speed regulations.”

What it brings into sharp focus is for policy to keep up with new and different ways with which to move around that doesn’t involve a combustion engine. But also questions around storage and security. These are no simple fixes as it involves consultation with all road users, as well as changing the street infrastructure of cities to accommodate these lighter forms of transport. Ensuring that users of city streets feel safe with sharing the space with these EV’s.

The clearest explanation of Web3.0 you will find today, stripped of hyperbole and techno jargon.

I’ve been a paid up member of Craig Mod’s newsletters for over 3 years. Currently, Craig is writing an off-beat diary of Japan’s forgotten cities and the people he encounters. What I love about Craig’s writing is it opens a window to a world that is recognisably mundane but also so different to my (western) world view. Apart from having a distinct voice, what’s equally remarkable is that Craig has bootstrapped his own writing and publishing model.

An archetype who is forging his way of creating a sustainable business and well worth following.

You just read issue #12 of Hyper-Normalisation. You can also browse the full archives of this newsletter.