007 Systems of Cultivation - That was embarrassing

After weeks of endless rain, I am writing this month’s newsletter in the sun. As a reminder as we spin into the second half of 2021, this newsletter will end in December. The writing system I’ve developed is more complicated than it needs to be. Each new post is sent as a Buttondown newsletter and a version for archive on my website. Behind the Hypernormal curtain, I’ve created a Rube Goldberg construction with each post hand-coded in Hugo.

Writing a newsletter once a month seems to be the right cadence for me and my limited skills at coding. I need a firm finishing line to help me write consistently and I don’t want to get newsletter burn-out. Five more editions and poof it will be gone and my promise to you, your signup details deleted.

The garden is a great metaphor for strategic design. Cultivation and regeneration take precedence over-extraction and mitigation. An experienced gardener works with space and habitat at their disposal. The careful placing of plants, trees, and borders to one another creates a harmonious environment.

The garden becomes a canvas to experiment. To make and experiment. And like most things to do with making, it is a messy process with the outcome only becoming clear towards the end. Real estate developers, venture capitalists, and technology firms are increasingly pushing for their future vision of cities and towns. The messy-ness of urban life is absent, instead what’s proposed is a mirror world where everything is ordered, templated, and manicured.

We could dismiss this as a fantastical glimpse of a tomorrow that never arrives. Yet today well-funded ventures are starting to explore and ultimately sell this promise to potential investors. Prospera in Honduras see’s itself as an “economic development platform” that can be copied and reproduced.

“re-establish the city as a commodity produced from scratch that can be sold and owned further represents a significant shift in techno-utopian thinking, proposing not to “nudge” or change society by degrees from within but to shape it from without.”

Like someone who has played Sim City too many times, one of the backers, from Silicon Valley (of course) sees the city as a commodity to be replicated and repeated

How to start a new city - Build a community in the cloud - Organize economy around remote work - Enforce laws with smart contracts - Practice in-person norms of civility - Simulate architecture in VR - Eventually, crowdfund territory - And materialize city into the real world

The techno-utopian view of the city is that it can be created like software code, structured and replicable. But there is no grit in the system, the goal is to create the perfect city, the perfect system. Therein lies the problem as ultimately we humans and our behaviors are the grit that makes cities and neighborhoods unique from one another. The 20th Century mode of thinking is starting to fracture if we believe that the systems we create can exist in a vacuum which we can control

“For those who stake their identity on the role of omniscient conqueror, the uncertainty exposed by systems thinking is hard to take…(W)e can’t impose our will on a system. We can listen to what the system tells us.“ Donella H Meadows

Hong Kong’s famous walled city of Kowloon was a neighborhood system that looked after itself until it was torn down by the authorities for development. Kowloon is the mirror opposite of Prospera because its inhabitants made Kowloon what it was. 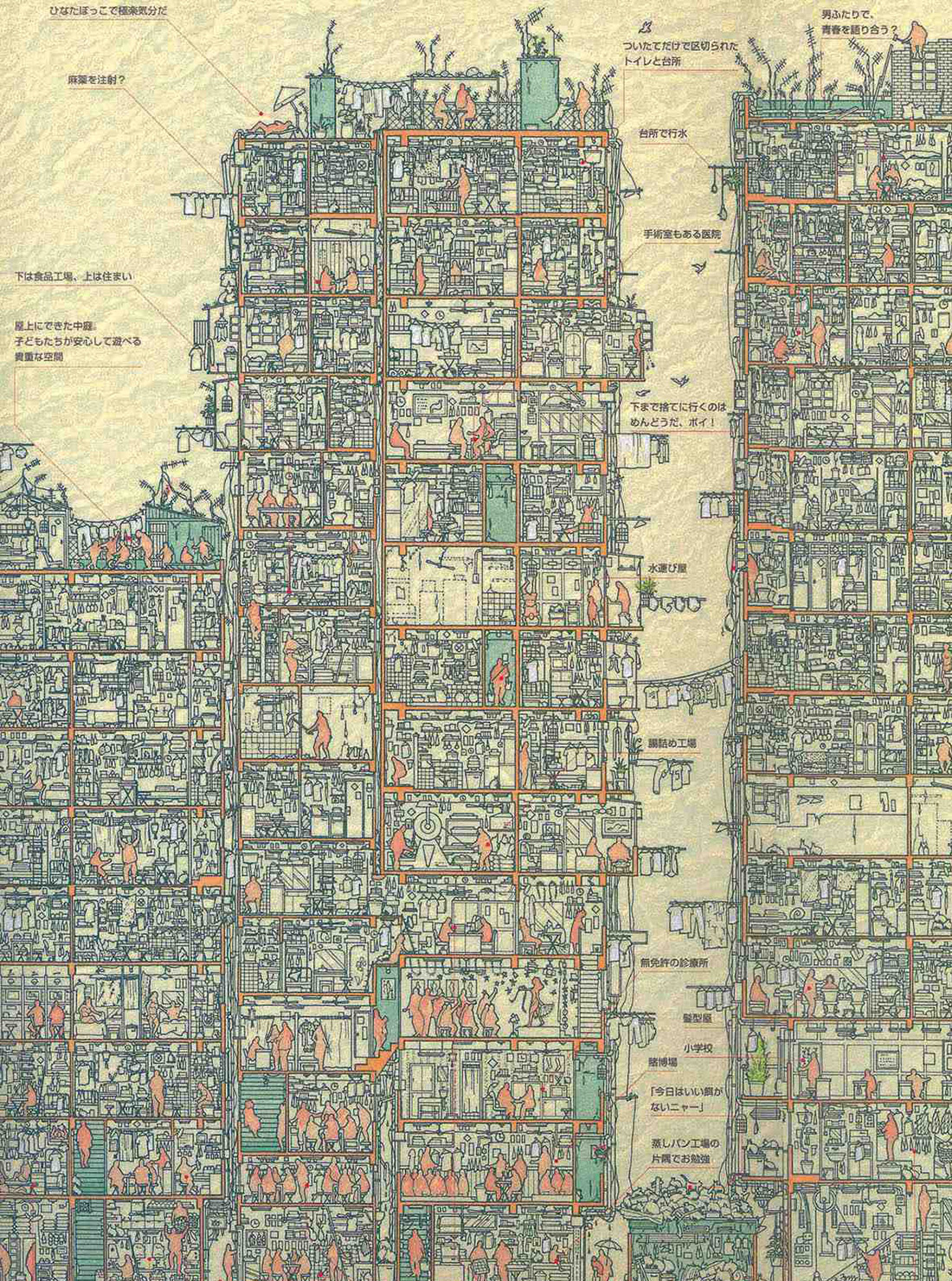 Understanding a strategic challenge, developing new strategic contexts, applying creativity and imagination help articulate and develop meaningful outcomes. Whether that is designing at the scale of a city or to that of a mobile app. Working with messy-ness, brings with it an appreciation and greater understanding of context, to a situation or problem. There is incredible value to be unlocked through making to learn, build and speculate on the future. This is where strategic design as a practice can help in shepherding new experiences, environments, and services.

Talking of implementing systems, I was signposted to this 1980’s radio interview with Brian Eno, in which he explains his approach to making. Well worth a listen.

This is what can happen when a decimated high street in Plymouth is turned over to locals to improve it.

While in Indonesia there is a growing grey market for apps that helps delivery drivers spoof their location and filter orders thereby wrestling a sliver of control back.

The rise of Blandscaping. Cookie-cutter designs that do little to help bio-diversity

@jonburkeUK On the other hand - fake green in the form of artificial turf - often gets hotter than asphalt.

Finally, on Japan’s northernmost island, a conservation project is taking place with a 1,000-year timeline to create the Tokachi Millennium Forest.

You just read issue #8 of Hyper-Normalisation. You can also browse the full archives of this newsletter.