Sky bridges to nowhere; why we need more subcultural infrastructures; and new operating systems for placemaking

A bee hive update. Since last month there has been little progress on my hive being inhabited. The previous owners left an operating manual and from what is written down, the hive seems to be in the right spot - sunny with a clear flight path for the bees. Sadly, the window for colonizing the space is closing with many bees having found alternative accommodation before the summer. It just goes to show that creating conditions for placemaking is just as hard, if not harder, for wildlife as it is for us humans.

The crisis has become a material to design new forms of dwellings, but the promise of creating more sustainable housing seems to ignore the role of communities in having a say. Placemaking continues to be defined by developers, architects, and town planners all with their own vested interests. The focus is on the individual at the expense of the neighborhood. Private units within private spaces for private individuals. A case in point is the development in Nine Elms with its Sky Pool on track to becoming the ultimate folly

De Ceuvel is a creative hub built on a small polluted island destined for development. The developers realised that the soil was so contaminated it needed a decade long process of decontamination. Plants were introduced to the island that gradually absorb the pollution and restore the soil back to health. The developers granted a 10-year lease to the creative organisation behind De Ceuvel to occupy and create a temporary space while the decontamination process unfolded.

What you have today is a beautiful boardwalk that snakes its way through the tall grass, connecting converted old houseboats that are now a collection of studios and offices.

It is a great example of a community springing up through the cracks, supported by the City of Amsterdam’s Bureau Broedplaatsen to support “subcultural infrastructure”. What’s more, the Bureau has produced a step-by-step guide based on the experience of creating De Ceuvel so that others may adapt. This latticework of support has led to some 60 variations of De Ceuvel in Amsterdam.

Once the 10-year lease is up and the level of pollution reduced to acceptable limits, De Ceuvel will come to an end having fulfilled its objective. A project timeline means designing not just for the beginning but also designing for the end.

“There’s something liberating about projects with an expiration date. When 2022 rolls around, the minds that built De Ceuvel won’t expire along with it. No, they’ll still be circulating in Amsterdam. Maybe they’ll find a new island and start again, putting to work everything they’ve learned.” Robin Sloan - Why is this Interesting

Like software, architects are finding ways of designing buildings as an operating system for change. Wikihouse has codified a set of design principles to ensure it is continuously finding ways to lower energy, waste, and carbon at every stage of the build process. Its modular approach to design and build extends to using local micro-factories and minimising complexity by using as few unique materials as possible.

Dutch Superlofts works with developers to test a site’s potential and to make use of the climate and surroundings as much as possible. Its mission is to create the most sustainable and socially inclusive housing model for the future. This extends to providing the tools and approaches for a community to conceptualise shared spaces based on common interests and needs.

It flips the prevailing developer’s thinking that blights modern housing where the ‘customer’ can choose from a palette of 30 colours for kitchen work surfaces, yet never meet their neighbors to talk about it. Where the suburbs are designed with the private domain in mind over and above the public domain.

Melbourne’s Nightingale residential building extends the generative housing model beyond sustainability and civic participation by also making it affordable as well. Their call to arms is to build homes for people, not profit. Design decisions kept costs low by keeping planning simple and materiality taking precedence over form. 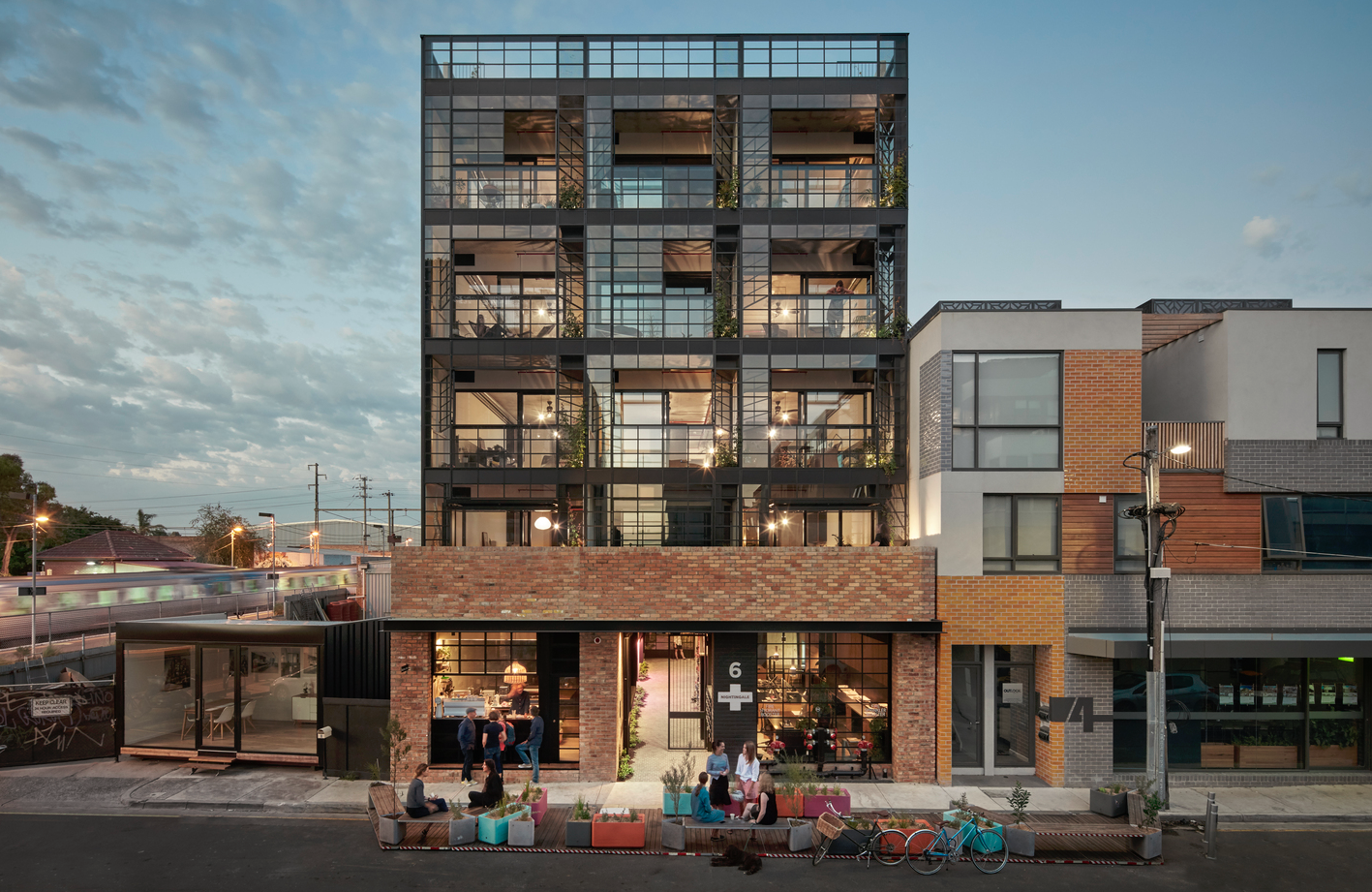 Berlin’s R50 housing project created an entirely new way for property financing that bypassed the developers and pooled the funds directly from potential residents. To illustrates the need for experiments and prototypes that are purposefully designed to scale. By generating evidence by nurturing small-scale changes, new fiscal scaffolding, as in the case of R50, can emerge. This opens up new approaches to housing and placemaking beyond the extractive and profit-focused drivers of housing development.

Yet the thing that elevates R50 beyond just a clever financing model is that it was designed with the intensive participation of its residents. Units were delivered finished, but not entirely “done,”

One of the key barriers to thinking in a more expansive way about housing is that we have all had it drummed into us to think in linear, ordered, and anthropocentric ways. Organisations and institutions continue to encourage and reward this narrow way of addressing complexity.

Yet in the examples above, small scale prototyping can challenge conventional thinking on financing and building homes more sustainably and equitably. 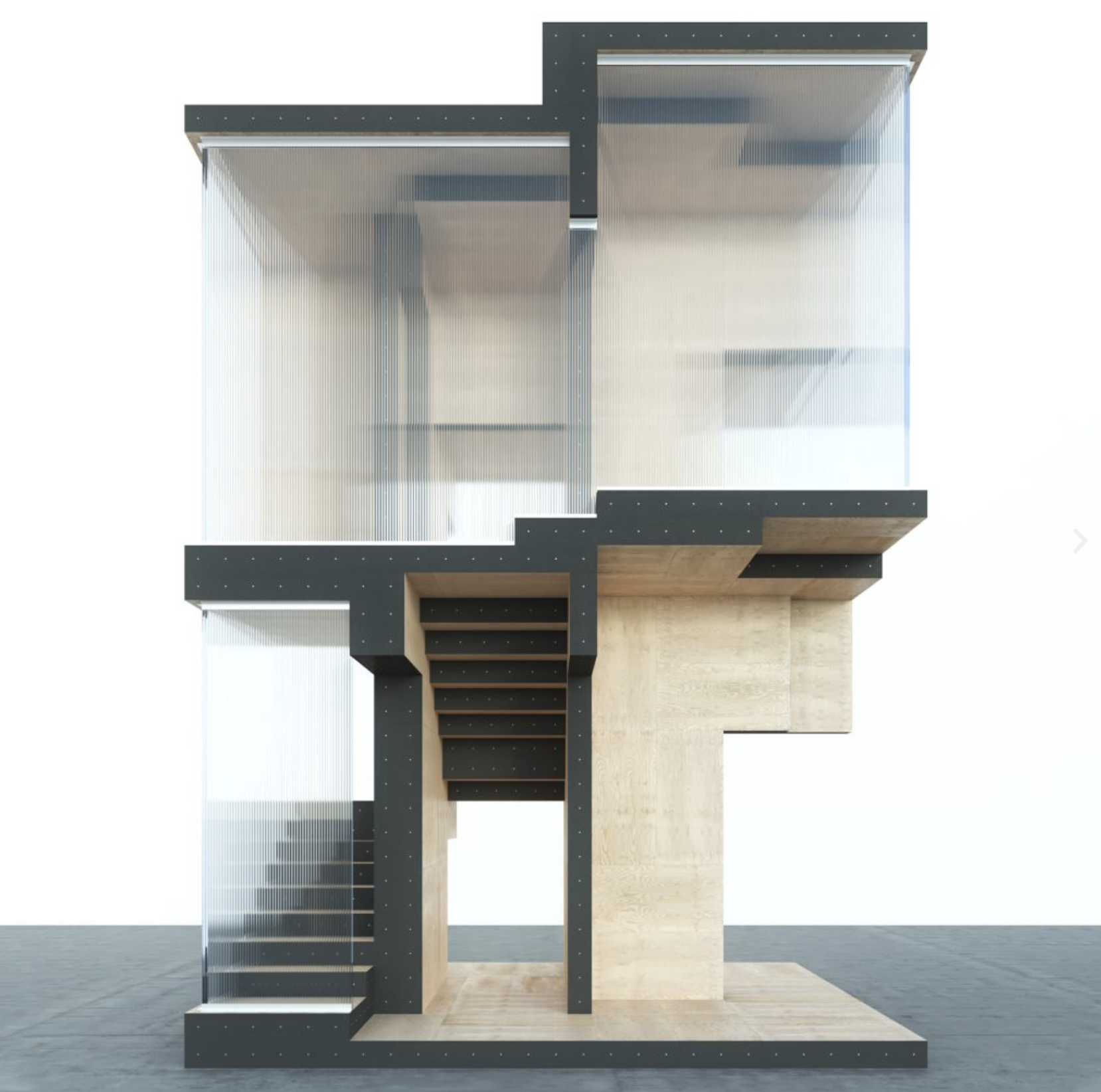 Inspiring concept of an upgradable and repairable laptop from Framework . via Dense Discovery

Ikea announces a buy-back scheme for old furniture which can be recycled in-store. A really good example of a big brand putting sustainability as a key part of its offering. IKEA is doing R&D and long term planning right.

There’s a worthwhile initiative to map the lost rainforests of England to secure their future.

Finally, a wonderful collection of Japanese Pictograms designed for tourists

You just read issue #5 of Hyper-Normalisation. You can also browse the full archives of this newsletter.