The Voice Of Energy

Welcome to the new regime. The Voice Of Energy: The Buttondown Era.

Not much of anything is going to change with the newsletter - other than sending it from a new platform that is not actively amplifying voices that are dangerous to BIPOC and the LGBTQ+ community. And I love this site for being the project of one passionate guy. We need more people like that in the world.

We begin with another supplemental edition with suggestions of films and TV shows to stream while you’re still stuck at home waiting for the world to return to normal. 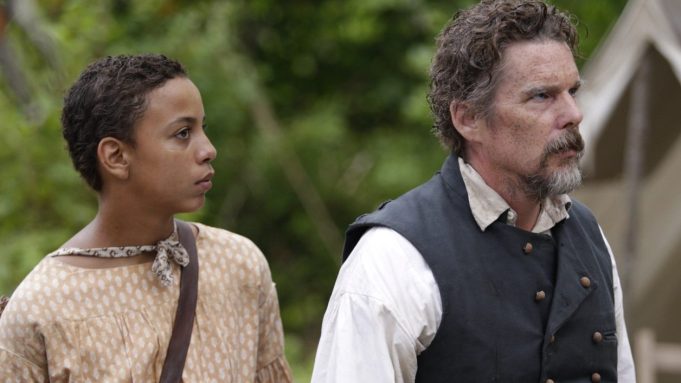 You might already have clocked Ethan Hawke’s greatness well before his celebrated lead role in First Reformed. But if that film didn’t fully convince you, spend some time with this series. Hawke plays John Brown, a dedicated abolitionist and borderline crackpot who leads a motley crew through the pre-Civil War South and leaving a bloody trail behind them. Hawke is a tornado, spitting and fuming as he undertakes his righteous goal to liberate American slaves. Underpinning it all is a tenderness that Brown metes out sparingly, with most of it going to Henry (the equally phenomenal Joshua Caleb Johnson), a young slave he takes under his wing and, amusingly, believes is a little girl. Everyone involved rises to Hawke’s level and produces an absolutely unforgettable limited series. (available on Showtime & Showtime Anytime) Another Round (2020, dir. Thomas Vinterberg)

The original Danish title of this recent Oscar nomination gets right to the point of this fascinating, if depressing tale: Druk, which translates directly as “binge drinking.” In it, a group of teachers explore this idea that keeping a gentle buzz on during the day will make their lives more enjoyable. Of course, there are many more factors at play, including the depression that Martin, Mads Mikkelsen’s character, is refusing to deal with and that fuzzy area when binging can bend into dependency. Brace yourself for this one. (available on Hulu) 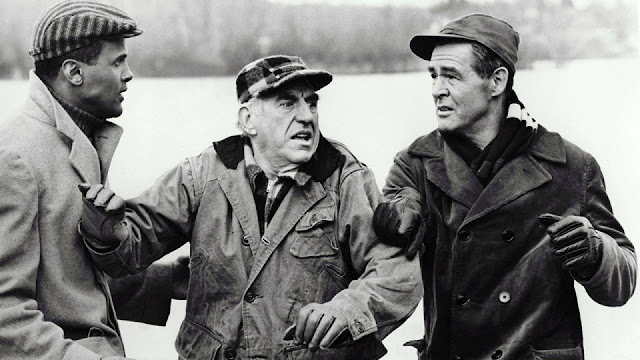 A criminally underseen noir that dared to take a pointed look at race relations in America. A former cop who was pushed out of the force has the perfect bank robbery in mind, and two willing partners. The only trouble is: one is a virulent racist and the other is a Black man. The whole film plays like a cudgel, beating against the racism and classist thinking baked into society. And it is the perfect platform for Harry Belafonte, who, at the time, was still cementing his place in Hollywood after making his name as a vocalist. He’s a livewire in this film and the perfect foil for Robert Ryan’s snarling performance. (available on Hoopla)

After a successful crowdfunding campaign, an archival print of this low-budget gem from the bustling indie film scene of the ’90s was released in 2018, and this new restoration is making its streaming debut through MUBI. It’s a low-key charmer about a down-on-his-luck filmmaker (Steve Buscemi) who is rescued from the brink by a high-rolling gangster (Seymour Cassel). Director Alexandre Rockwell and the actors imbue this film with unbridled energy that captures both this thrilling, fertile period for both art in New York City and American cinema as a whole. (available on MUBI) 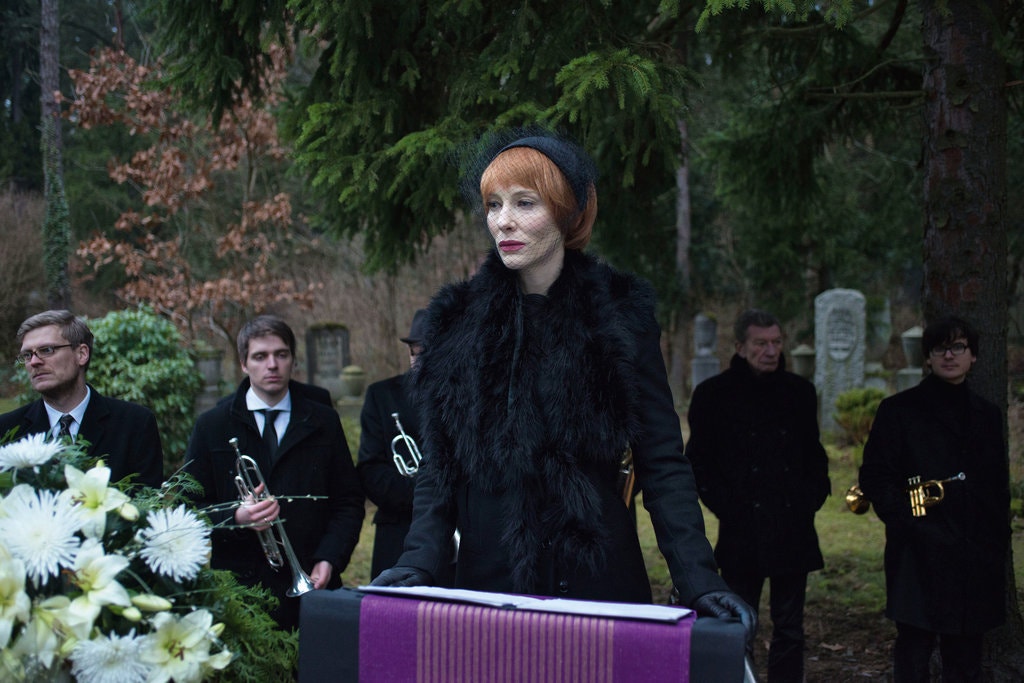 This project began its life as an art installation featuring 13 screens all playing at once—with Cate Blanchett in each one, giving performative readings of various artistic and political manifestoes. The next year it was turned into a proper film, with one reading following the next. While that does deaden the immersive impact of Rosefeldt’s original intent, Manifesto the movie lets us luxuriate in Blanchett’s acting skills. Few other performers could make this work without revealing the seams and the machinations rumbling in their head. Blanchett throws herself into each of these characters and expressions fearlessly and fully. (available on Kanopy and Hoopla) 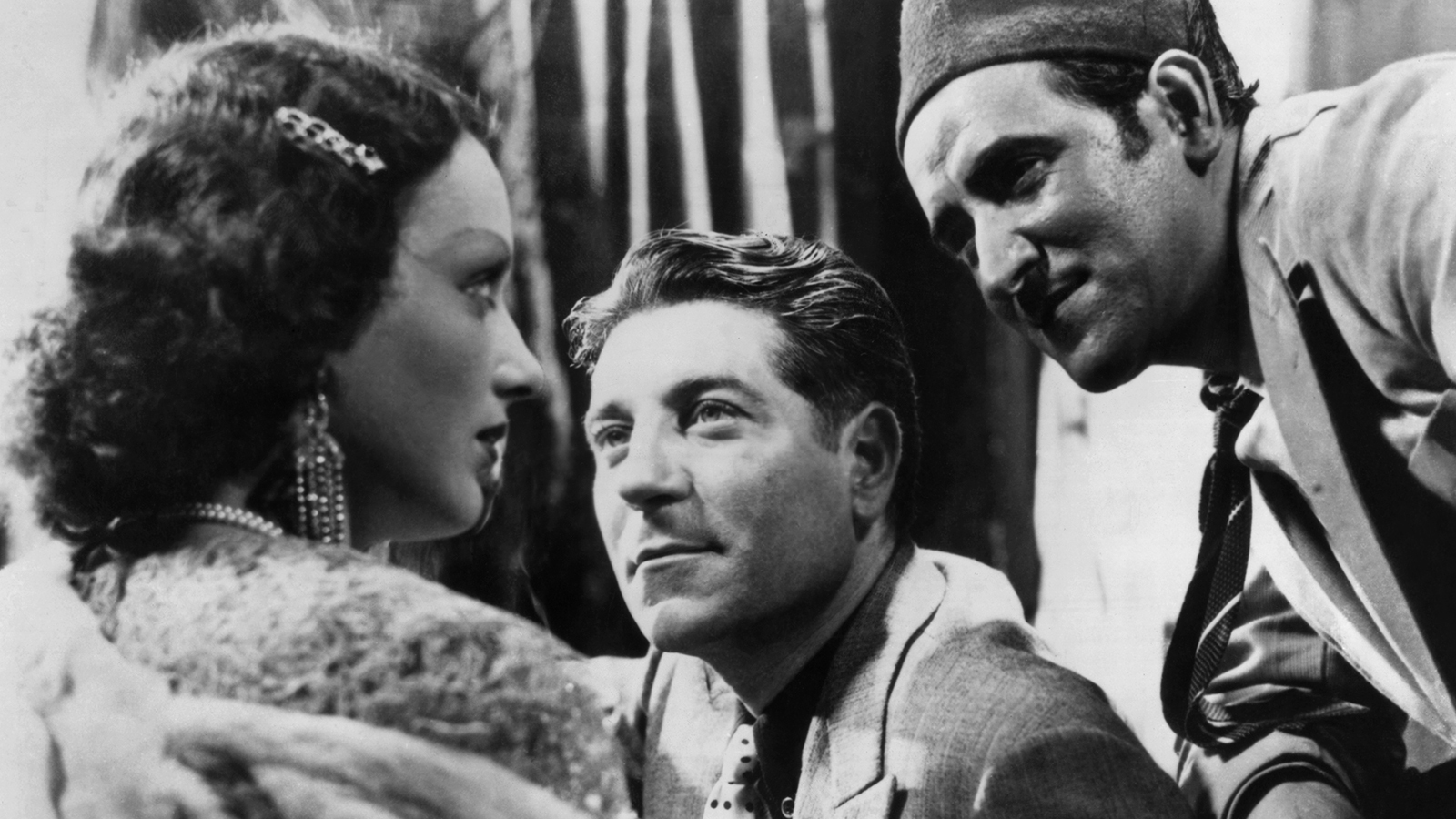 Actor Jean Gabin remains the epitome of cinematic cool. No matter the role, it’s impossible not to be drawn to his unhurried swagger and heavy-lidded gaze. And he curls his voice around each line of dialogue like a purring cat. In this star vehicle, Gabin lets the façade crumble just so, much like his character—a charismatic crook in Algiers who has his world shaken up when he falls for a gorgeous socialite (Mireille Balkin). From that moment, the film is a sweaty tangle as the other women in his life and the crooks and policemen chasing him insist on getting in the way of his happiness. (airs on TCM at 9:15 pm; available to stream on HBO Max and Criterion Channel) A beautiful and disturbing psychological thriller from The Archers that builds so quietly and steadily that it’s impossible to feel its claws squeezing around your thorax until its too late. Deborah Kerr plays a blindly ambitious nun who brings a gaggle of sisters to an abandoned palace in the Himalayas. The women start falling apart as the failings of their best intentions and the lure of earthly pleasures start to eat away at their faith and their minds. There’s not a second of this film that feels out of place, which makes the unfortunate recent TV adaptation feel particularly ill-advised. (airing on TCM at 11 pm; available to stream on HBO Max and Criterion Channel)

How we feeling about all this? Good? Shoot me a note if you’ve got questions/concerns/suggestions. Back on Friday with a proper newsletter that will feature an interview with the fascinating duo Hairetis Harper and more.

You just read issue #1 of The Voice Of Energy. You can also browse the full archives of this newsletter.