TPO#19: Have You Heard of These Things Called Books?

This is issue 19 of The Purposeful Object, a newsletter by Navneet Alang about living the good life amidst the miasma of the technomodern. This issue: returning, finally, to reading; some sincere comedy; and some reasons you should sit by the lake and chill out.

[Programming Note: I am incredibly grateful to those of you who have chipped in to support TPO (and me) over the past year or so. Thank you. I have, however, decided to end paid subscriptions; with a regular writing gig and the material conditions of my life much improved, it no longer feels right or necessary. I refunded the most recent payments but if you’d like me to return any earlier payments I will do so without question. TPO itself will continue, albeit at its newly modified slow, staccato pace.]

Finding One’s Way Back to Books Through an App

I’m hesitant to say it, fearful that I might curse myself somehow. But I think I might be reading again.

I finished my PhD in English Literature in 2016. It took ten years and there wasn’t any real reason it shouldn’t have been five, except for the fact that I spent that decade ensconced in dim basements, on edge and depressed. While I can’t say it was all bad, for much of that time I was hounded by a gnawing thought: “you should be reading right now, but you’re not.”

I once associated reading with ideas, with connecting oneself to the world — with that inarticulable feeling that comes with briefly touching the sublime in art or language. As grad school went on, however, those feelings gave way to me associating reading with stress, with anxiety, and perhaps most of all, with failure. By the time I actually dragged myself across the finish line of my degree, I had basically stopped reading, or engaging with any sort of serious art. There were whole years where I think it’s possible I read no books at all. That I managed to remain employed as a professional writer while I wasn’t regularly reading is, if nothing else, a testament to just how much straight men with English accents can get away with.

But I’m starting to suspect that the mild “trauma” of grad school and things like it can end up being a little like grief: after a time, it feels like it just goes away on its own, even if that isn’t necessarily true. Maybe I just needed time — and also, perhaps, an app or two.

Here’s what I have been doing recently: I split my iPad screen into two parts, with Pocket filling two thirds of it, and a habit-tracking app called Streaks on the remainder. A timer runs on Streaks, counting down 8 minutes, during which I read. That is, I will freely admit, extremely funny. But — and here’s the crucial thing — it has worked where everything else has not.

As it turns out, setting tiny, almost ridiculous goals is a great way to change your behaviour when you are struggling. This seems especially true when the thing preventing you isn’t a lack of time or even desire, but the anxiety associated with a thing.

Streaks works for me because it gives structure to my desire to carve out time for what matters to me. Sometimes I use the timer method, other times I just hit a button after reading something in print.

But to find myself returning to reading because of an app is sort of hilarious, in no small part because of the assumed contrast in character between apps and books. After all, despite the trouble I had with grad school, my changed relationship to reading also has a lot to do with Twitter, Instagram, and all the other apps that have monopolized my attention.

It’s more than that, though. I think there is instead an almost ideological divide between the sort of person who reads a lot of literature and the person who eagerly leans into the quantified or app-ified self. You don’t often hear people offer their robust, well-defended thoughts on Sally Rooney or Rachel Cusk, and then also have them defend their use of an Apple Watch. It feels like those are two different species — or do I mean classes?

But an idea I keep returning to lately is that it is important to find some balance to the idea that all digital technology is inherently bound up in surveillance capitalism or the worst of the modern world. I think it helps to make distinctions between what Facebook does on a systemic level (say, foster disinformation, a distrust of expertise, fracture social cohesion) and what it might do you for you specifically when you use it against the grain (use it to, say, get reminded of concerts for artists you like).

Rather than there being an inherent and insidious character to “apps”, I think there is something to be found in both the judicious use of them and to use them against the grain of their intent. That feels like much of the modern world, when we are all immersed in a system that often feels punishing or futile but we muddle our way through, delicately choosing bits and pieces of late capitalist life in order to find some joy.

Yes, I know, it’s ridiculous. I use an app to read books. But with that method, I finally got round to White Teeth (gobsmackingly good), read Kunzru’s White Tears (brilliant), ploughed through Patricia Lockwood’s No One is Talking About This (gorgeous), and even skimmed through Origins of Capitalism. (I’m not done yet). I’m doing what I can, even if it’s imperfect. And that actually feels pretty great. 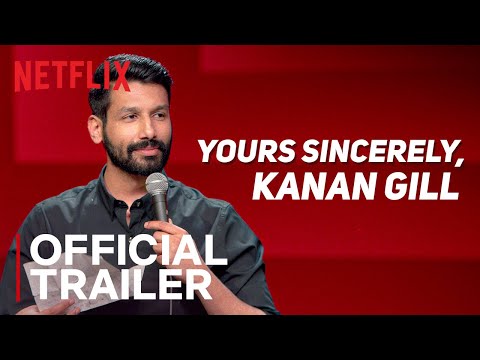 You just read issue #20 of The Purposeful Object. You can also browse the full archives of this newsletter.