A worldwide game of hot potato

The Planet You Save Could Be Your Own

Welcome back to The Planet You Save, your weekly newsletter on local climate action. I'm Taylor Kate Brown and this week we're back in an East Coast state. Thanks to everyone who shares the newsletter — if you'd like to sign up to get it in your own inbox every Thursday, you can do so here.

The latest UN report on cutting greenhouse gas emissions is out. I’ve been dreading it.

Not because it’s particularly surprising, but because the alarm is so very, very loud.

This particular IPCC report — the "mitigation" one — is written by dozens of climate scientists from almost 200 countries under the auspices of the UN’s climate change panel. It's also very clear: do better, now — slowing climate change remains doable, the primary challenges are not technological, and it needs to happen yesterday.

The report also outlines ways governments and industry can keep warming to 1.5C within the next decade. It would be a dramatic change in such a short-time frame, but possible. This quick summary from the Washington Post includes six major themes — and the policies backing them at both national and local levels.

Other outlets have covered what this means for fossil fuel infrastructure, the use of carbon capture technology and the UN Secretary General’s increasingly quotable — and angry — thoughts.

While this newsletter is always interested in the practical and local, I think good to remind ourselves what this is all for, and how pressing this all is. We can avoid the worst-case scenarios — and make the difference for places who's entire future is dependent on half of degree of warming — but only if we stop dithering.

That brings me to Maryland, where last week, the legislature passed an update of its emissions goals — a 60% cut by 2031 and net-zero by 2045.

While state emissions plans are hard to compare, Maryland’s is an escalation from its previous targets and among the quickest deadlines in the country. It directs the state environment agency to come up with quantifiable emissions plans to get to carbon neutrality by 2045, and model how to handle increased power demand from electrifying cars and buildings.

But it also requires some items in the short-term: electric school bus orders, monitoring methane emissions from landfills, tax breaks for community solar projects and loans for larger zero-carbon investment, plus money for organizations working to improve neglected communities and reduce air pollution.

Maryland Governor Larry Hogan is not a fan, attempting to brand the bill as a “reckless and controversial energy tax” and arguing it would raise prices for consumers, without explaining how. The bill eventually includes fines for large building owners who fail to decarbonize, but the most of specific costs and benefits of emissions cuts will come from the specifics of the state wide emissions plan— a process New York is working through right now.

But while supporters of the bill may have the votes to override a veto, and Hogan is term-limited to the end of this year, Republican members of the legislature have largely echoed Hogan’s arguments about potential costs to the state. And most state-wide emissions bills eventually require additional, more specific legislation to actually direct emissions cuts.

Senate Minority Leader Bryan W. Simonaire told the Washington Post the bill “doesn’t save the planet. It wouldn’t stop the floods, the fires, in Maryland. Not one single one.”

If we’re considering direct cause-and-effect, he’s not wrong, but it’s also indicative of an attitude that drives the kind of incremental change that scientists are increasingly losing their minds over in these UN reports.

States, countries, and business have been effectively tiptoeing out towards climate solutions, making sure they aren’t too out in front and pointing at other large polluters as an excuse to not speed up their own work. (Depsite the U.S. being cumulatively the largest emitter of greenhouse gases in history).

But even if it’s not your responsibility, it’s still everyone’s problem.

(meanwhile: during a discussion of Canada's emissions plans last week)

The main sponsor of the Maryland’s bill frustration is clear: “Internationally, everyone’s waiting for someone else to do something,” Sen. Paul G. Pinsky told the Post. “People are on the sidelines watching history rather than attempting to shape history.…Clearly we can’t get it through Congress. And that’s a mess. So I think it calls on the states to take action.”

And Maryland isn’t alone. If I’ve learned anything in writing this newsletter its that state legislatures are debating all kinds of policies that will have huge impact of their emissions, and climate bills are the focus of lots of lobbying. For efforts that supposedly won't do much, there’s an awful lot of money and attention directed towards them.

Are solar panels the right choice for my home?

Last week I asked readers if they had considered putting solar panels on their home and what was the make or break decision. One reader shared they considered it, but backed off when the installer's approach left a bad taste in their mouth.

"Installers we talked to seemed pretty aggressive and and didn’t like that we couldn’t tell them about the condition of the roof. We heard too many horror stories and didn’t feel comfortable moving forward. Maybe we’ll do more research in a few years if/when we need to replace the roof."

Indeed, the best time to install solar is when the roof needs replacing, but this comment also gets at something going on in the rooftop solar market at large: it's really competitive, and pressure tactics are not unheard of.

As with any large purchase, it's good to be informed, so the writers at Canary Media have come up with 10 questions to start with when considering home solar installations.

Care and feeding of your first EV

EVs are far past the point of being only for early-adopters. As I've written before, automakers are staking their companies on electric cars and trucks being fully mainstreamed. But there's shockingly little help at the point of sale for new EV owners to deal with the short-but-notable learning curve of powering your car with electricity. Somebody taught you how to pump gas, right?

MacArthur "Genius" Grant winner Tressie McMillan Cottom agrees with me on this:

Her original Twitter thread and reply to me really took off, so I've rearranged my April plan for the monthly bonus email for paid subscribers.

This month will be about the major things you need to know about actually owning a EV and a roundup of resources. Paid subscribers get this monthly resource-focused newsletter and help keep The Planet You Save stay a weekly edition. Become a paid subscriber here. Average sea surface temperatures were 4.2 degrees above the long-term averages from before 2012, when ocean ‘heat waves’ became commonplace, continuing changes in the gulf ecosystem.

Ojai evacuation site to get a solar-powered backup grid

Whether they enact strict regulations or buy the mineral rights beneath the city, Fort Collins leaders are looking to limit oil and gas development. 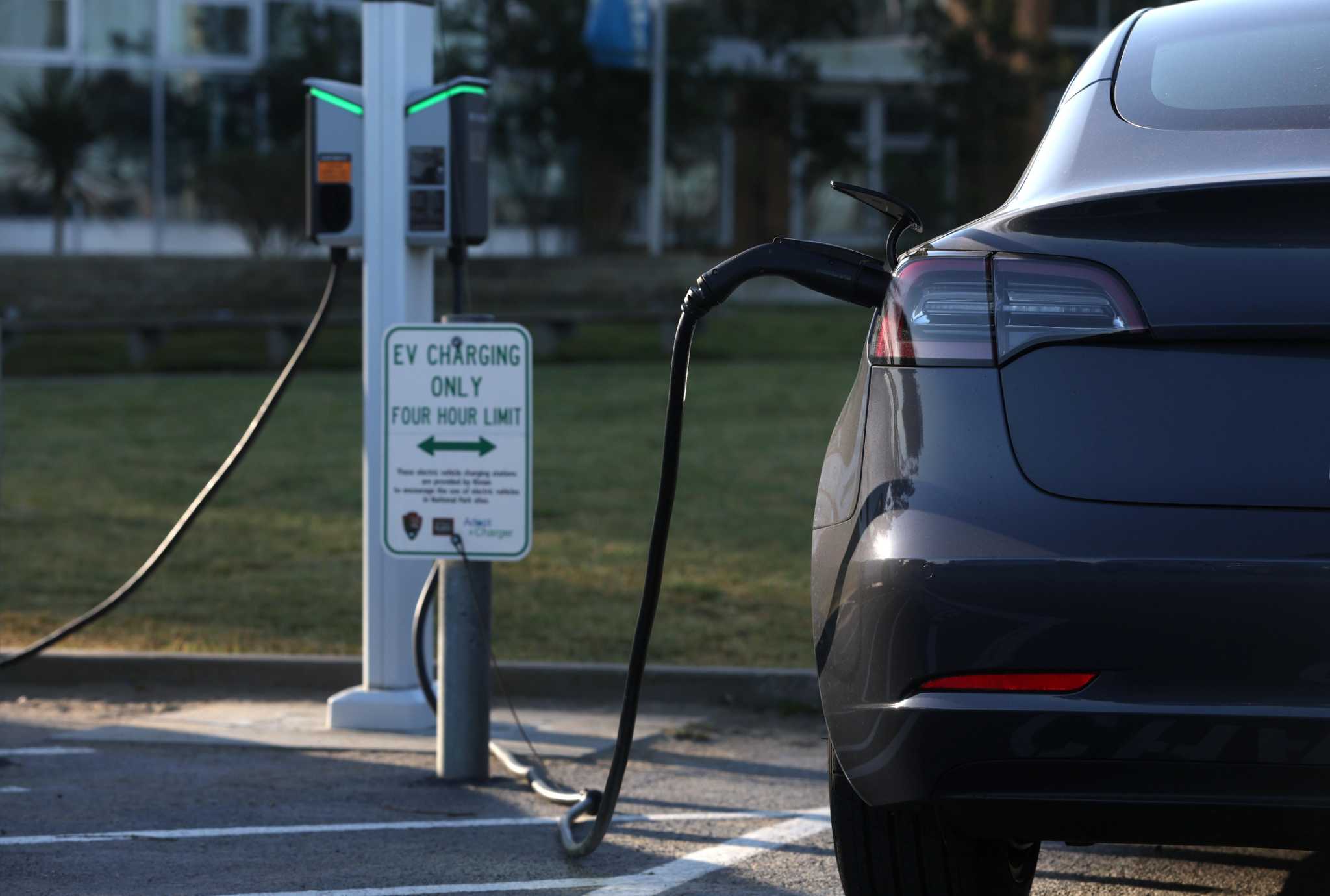 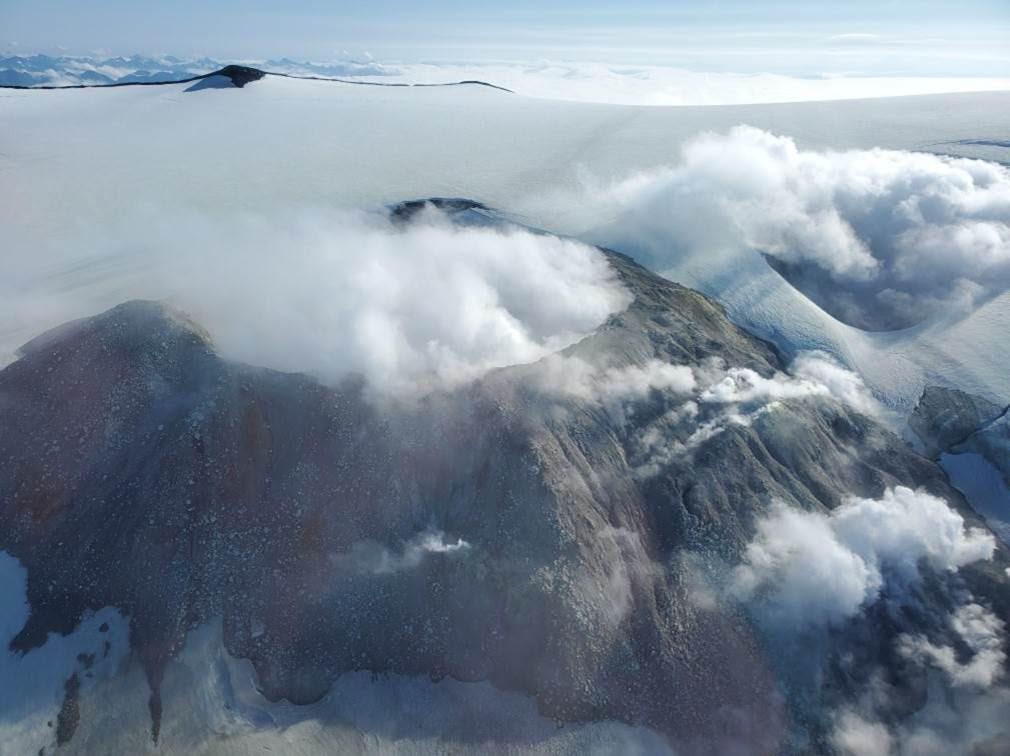 For decades, green energy proponents have been trying to harness geothermal energy from an active volcano on Unalaska Island. 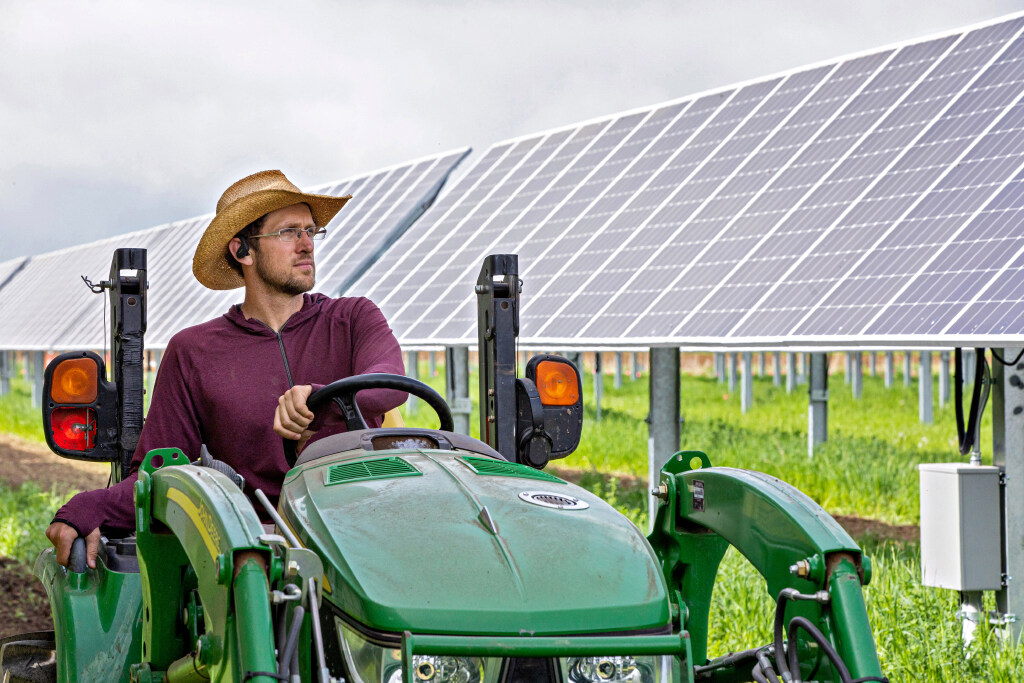 Jack’s Solar Garden got $40,000 from Boulder County Sustainable Food and Agriculture Fund to teach people how to grow food under solar panels.

You just read issue #31 of The Planet You Save Could Be Your Own. You can also browse the full archives of this newsletter.