Hi everyone! This week we have articles about stan culture and the feminist history of vidding, Owl House fanart, and a multi-fandom list of enemies to lovers fic. — Elizabeth

“The Feminist Art Roots of Fan-Made Videos” by Ashawnta Jackson at JSTOR Daily
“For women, it’s been an important tool for altering media in a way that ‘heals the wounds created by the displacement and fragmentation of women on television.’”

“How J.R.R. Tolkien Blocked W.H. Auden From Writing a Book About Him” by Emily Temple at Lit Hub
When Auden wanted to write about Tolkien, Tolkien made his feelings clear: “I regret very much to hear that you have contracted to write a book about me. It does meet with my strong disapproval.”

“Nicki Minaj’s ‘Barbz’ Came for This YouTuber. So She’s Suing Them.” by Adam Manno at The Daily Beast
The Barbz are notorious for their harassment campaigns. Now someone’s fighting back.

Have you ever fucked up a professional negotiation so badly that you accidentally made all anime fans class conscious?

“Audiences experience ‘Avatar’ blues” by Joe Plaza at CNN
As the second Avatar movie approaches, here’s a look back at the fever-pitch excitement surrounding the original film, when some Avatar fans reported symptoms of depression after returning from Pandora to the real world. 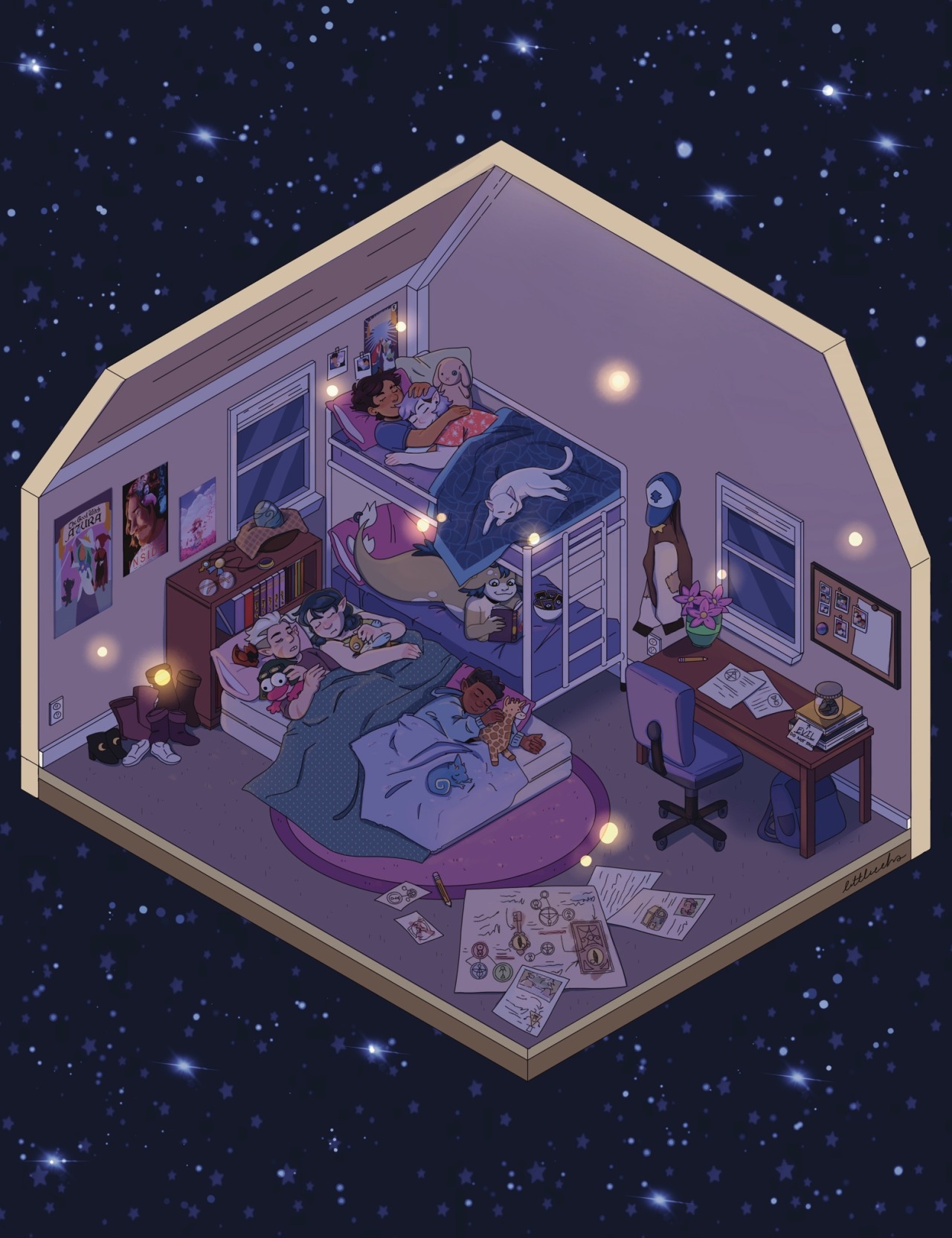 These retro-style posters for West Wing episodes are totally gorgeous.

the 2022 MCR tour has led to a bountiful harvest of Gerard Way concert pics, but somehow this one really just captures The Spirit Of The Thing.

pouring one out for Our Flag Means Death actor Nathan Foad.

watching the lord of the rings show and I could never be an elf. They’re always standing in boats. I would sit down.

This list started out as an ostensible collection of enemies to lovers fic, but as we pulled in various submissions, it can probably more accurately be described as enemies to ??? Thank you so much to everyone who sent in a rec! — Elizabeth

“To Have and to Hold” by Traincat. 2.6K words, rated Teen.
Fandom: Spider-Man: Into the Spider-Verse (2018); Ship: May Parker/Olivia Octavius
Recced by: Maddie
Backstory: Into the Spider-Verse sets up multiple realities based around Spider-Man in all his/her/its iterations, scrambles them together, and tasks Miles Morales with setting them to rights. [[SPOILER FOR FILM]] In Miles’ universe, Doc Ock is a woman, and this fic takes the fact that Aunt May refers to the Doc as “only-my-friends-call-me-Liv,” and RUNS with it. Set pre-film, so it’s focused on the Parkers.
Rec: This fic is short but really captures the tone and feel of the film, ESPECIALLY in terms of its snappy, silly hilarity. Focuses on the mental torment Peter suffers at the fact that his mortal enemy is dating/marrying his beloved aunt, always a classic trope.
Content warnings: N/A

“Proof” by AlphaCygni. 81K words, rated Mature.
Fandom: Star Trek: Deep Space Nine; Ships: Julian Bashir/Elim Garak, Kelas Parmak/Elim Garak
Recced by: anon
Backstory: AU in which Garak was never exiled, set during early season 3. Enabran Tain has retired, and Garak has been second-in-command of the Obsidian Order for over three years. His next assignment is the interrogation of Cardassia’s newest detainee, a Federation doctor charged with espionage.
Rec: This story explores how Garak and Julian could form a connection if Garak hadn’t been exiled, and ended up at DS9. Beautifully written, explores Cardassian culture and the nuances of all the characters involved.
Content warnings: Torture

“Getting Hitched: A Foray into Better Sectual Relations” by Bideroo. 21K words, rated Explicit.
Fandom: The Untamed/MDZS; Ship: Lan Wangji/Jiang Wanyin
Recced by: Natalia
Backstory: Set after the fall of WWX, Jiang Wanyin proposes to Lan Wangji to strengthen the position of his sect. Strange pairing ensues.
Rec: I’m not particularly into this pairing (the OTP of this fandom is stronger than the fandom itself), but I LOVED this fic. They’re both the less annoying versions of themselves here, since political boundaries are a lot easier to negotiate than emotions, and it allows them to grow closer sooo slooowly, it’s painfully awesome.
Content warnings: N/A

“My Brother’s Keeper” by roadtripwithlucifer. 80K Explicit.
Fandom: My Hero Academia; Ship: Bakugou Katsuki/Midoriya Izuku
Recced by: Bumblewyn
Backstory: College AU in which Izuku comes home for the summer to find his mother has gotten engaged to none other than the father of Bakugou Katsuki. His childhood friend, middle school bully, and, oh yeah, the guy he spent the last two years of high school fucking.
Rec: This is a hilariously written, very witty friends-to-enemies-to-enemies-with-benefits-to-stepbrothers-with-benefits-to-lovers fic, with a surprising depth of character and wonderful smut. My favourite part is the Richard Siken poem which the writer artfully wove into the story, that inspired me to read his entire poetry collection.
Content warnings: Underage sex (characters are both the same age), accidental voyeurism, biphobia, possessive behavior

“in my defense, i have none” by devourthemoon. 10K words, rated Mature.
Fandom: The Good Fight; Ship: Marissa Gold/Maia Rindell
Recced by: anon
Backstory: Maia’s gay, Marissa’s straight, and they start as coworkers (while Maia’s on the verge of going to prison) before becoming much closer and then falling apart in a devastating betrayal, complete with a hot, weird Judas kiss. This takes place a couple years later.
Rec: Marissa Gold’s voice is incredibly funny and weird, and the way she rationalizes all her bad decisions here is both very in-character and readable even if you don’t know the canon.
Content warnings: N/A

“Hands Down” by suga_wa. 43K words, rated Teen.
Fandom: BTS; Ship: Min Yoongi | Suga/Park Jimin
Recced by: Amorphine
Backstory: It’s BTS rpf but in this AU Jimin and Yoongi are not famous. Yoongi is an underground rapper and Jimin is a dancer in Yoongi’s best friend’s dance group.
Rec: It is well written and very sweet and funny without being fluffy. It has really nice pining and it’s just a generally delightful story.
Content warnings: N/A

I think the real appeal of the story about Tom Hardy entering a local jiu-jitsu competition is that it proves that no matter who you are, regardless of your background or status, if you work hard you too could spend a Saturday morning getting choked by Tom Hardy.

That’s all, folks! Have a relaxing weekend! — Gav

You just read issue #351 of The Rec Center. You can also browse the full archives of this newsletter.