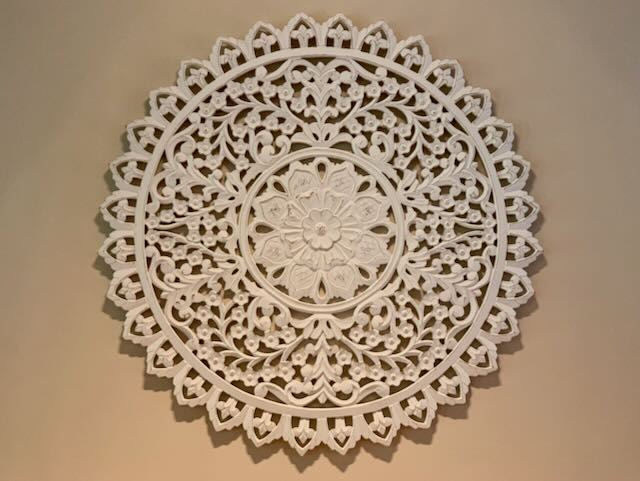 I am spending this week with Philip Shepherd at a deep dive into his Embodied Present Process. I am enjoying the embodiment work that I started a year or so ago (I wrote about it earlier here and here). At the start of the event last night all participants introduced themselves and when it was my turn I shared that through my work on embodiment but also on Warm Data and by exploring other related fields I feel like waking up to a whole new part of the world I simply wasn’t aware of before.

Later I reflected why this new awakening is happening now. I think it is largely because I adopted a new stance vis-a-vis new kinds of knowledge. Earlier, coming from a natural science background, things needed to be based on established science, ideally verified through some sort of peer-reviewed publications, etc. Everything else essentially did not exist, was pushed into the realm of the esoteric or worse, humbug. My new stance towards new (to me) fields of knowledge and experience (like embodiment or even things like astrology) is different. It is based on the questions, “What if it were true and just not provable / not yet proven in a traditionally accepted way?” and “What would I miss out on if I was just to dismiss this?” Based on these questions I’m more likely to plunge into new things like the embodiment work. And this does not mean that these bodies of knowledge (no pun intended) are in any way flaky. People like Philip Shepherd have spent their lives making experiences and systematically documenting them, exchanging with others and further develop the field. Just dismissing all this work as ‘unscientific’, as I would have done just a few years ago, would be such a waste, no? What would happen if we acted as if it were true? What is the risk? I’m doing that more and more and allowing myself to experience new things like a rather counter-cultural journey to explore my body’s wisdom and this giving me a lot of new positive experiences.

At the same time, there is still an important place for rigorous thinking and for coherence. It’s not that I now believe anything and everything. But I am venturing into fields beyond the (current) reach of science or beyond what we would call mainstream (because science is also caught in culture and not exploring what is outside the realm of the core narrative of our cultures, see the Paper Museum below) and take into account coherent and well thought through arguments that are not necessarily based on experimental data and replicable studies. This opens up new avenues for me to learn more about the world and myself, which is great. And, linking back to my earlier post on play, this is, for me, a way of playing.

What new ideas are you opening yourself up to?

From Philip Shepherd’s book Radical Wholeness, where he describes how he felt as a teenager before making the decision to cycle from London to Japan to study Noh theatre rather than to study physics in Canada:

I felt that my being was tangled in a web strung with values, habits of behavior and ways of understanding that I had inherited from my culture. That web bound my very thinking, such that I could feel it being pulled into staunchly established patterns. A bias for adhering to those patterns had been seeded into my being before I was old enough to question them, which meant that I myself was the carrier. Within me hid prohibitions against my own freedom of being and against the experience of my own wholeness. I was compromised by inner structures that interpreted reality for me. Those structures, part of my flesh and my neurology, defined what felt ‘normal’ to me. I knew myself and my world only through the prism of my blinkered culture; and I knew I would suffocate if I remained within it.

Every human culture communicates its own story about reality and our proper relationship to it. Each story communicates what it means to be human. The Story of a culture is as authoritative to its members as a sacred text is to its adherents. But the Story isn’t written in words – it’s written in the myriad particulars of the culture’s architecture, language, hierarchies, customs, values, markets, child-rearing practices, modes of transport, penal systems – everything.

Why have I added this to my paper museum? I felt a lot of resonance with what Philip is describing in this brief text. I also feel entangled in the Story of my culture and I’m struggling to allow myself to see truth in things that lie beyond that narrative, that don’t comply with this narrative. In this sense, it fits well with this week’s email.

You just read issue #48 of Gaining Systemic Insight. You can also browse the full archives of this newsletter.