We are not radical enough 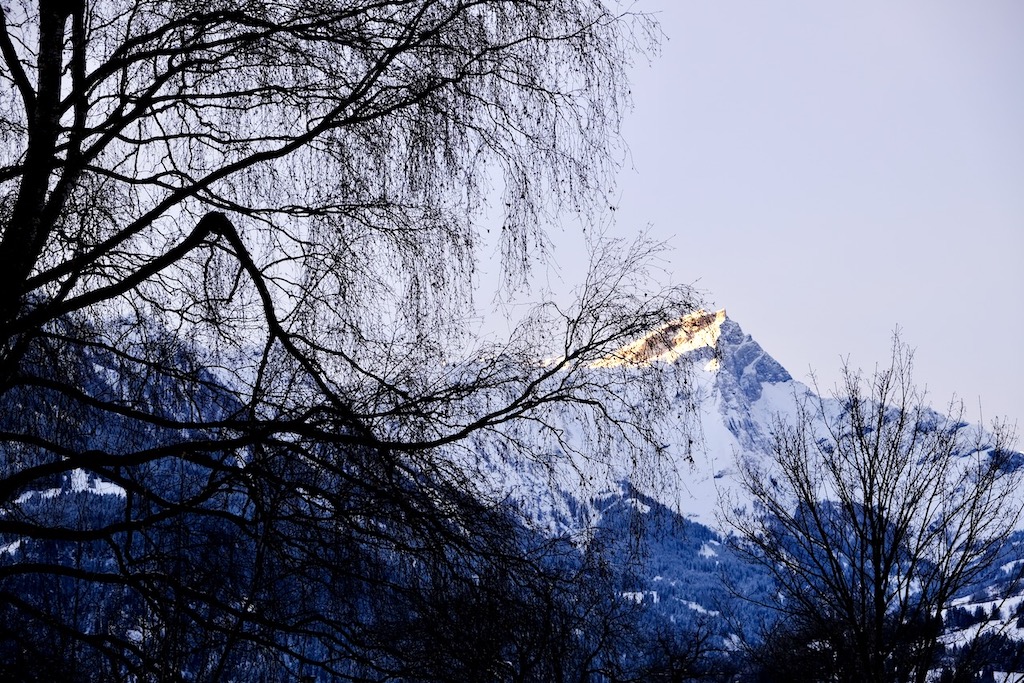 We are not radical enough

Over the last two weeks, visiting Switzerland, I had quite a few conversations with my two siblings about life, the universe and everything. Among other things, we talked – no surprise – about the problems we are facing as a global society like climate change, the problems caused by industrial agriculture and mass animal production, or the question of compulsory vaccinations for COVID-19. My siblings are quite a bit younger than me, they are in their 20ies, and I enjoyed hearing their perspectives.

We talked about the need to be more annoyed and take to the streets or find other ways of being active, pushing things, changing things. There is a lot of frustration that even though we see the catastrophe coming – indeed, we are already in it – not enough is being done. There is no time to waste, we need to do something now. There is frustration with the discussion on the political level but also with our parents who have grown up in a different time and are struggling to adjust to the new realities (although our own parents are already living a comparatively sustainable life compared to others).

While sympathetic with that point of view, which I can also feel deeply myself, I held against it with the argument that if we now rush and just do something, we will inevitably recreate the types of problems that we are trying to solve right now. I believe that we need more fundamental change, we need change in the way we think about the world and the relationships in the world – including our relationship to ourselves and to the rest of nature. I was arguing for – to use the German word – more Gelassenheit at this point. With this I don’t mean that we need to be dispassionate. Rather we need calmness and poise (I’m struggling to really translate the term) and avoid rushing into action.

The natural response to this was that we don’t have time to change in such a fundamental way and the calmness I was arguing for was just interpreted as a sort of inertia. But I keep insisting that we don’t have time not to rethink the way we think. We cannot afford to have another cycle of solving problems with a reductionist mindset that will just create new problems of the same sort. All the solutions that are being seriously considered are essentially asking how we can continue with the same lifestyle that we have now by finding new and more efficient technologies. And even those who argue for more sufficiency often see the only way to get people to be more sufficient in creating rules that force them to do what ‘we’ think is better. That’s also the problem we face with compulsory vaccinations for COVID-19. Instead of healing the fractures in our societies, compulsory vaccinations will make them even deeper. The very reason why people follow absurd conspiracy theories will be nurtured. By taking this path, we might just survive this cycle of crises as a species (and this is the optimist in me speaking) but we will most probably not survive the next one.

To link to the title of this email, I’m asking the question: what is more radical? Is it to head out onto the streets and protest for change? To become activists and finally start doing things instead of just keep talking? Or is it more radical to say we need to change the way we think and make sense of the world? For me it clearly is the latter. And I think we are, as a society, not radical enough in this way – by far.

Again the question: do we have enough time to get enough people to fundamentally change the way they think? Probably not. We need to put in place emergency mechanisms to stop the human species being wiped out. But we must never forget that this is not about saving our current lifestyles. It is just to buy us some time to go through some deeper, more radical changes.

If we can combine the energy of the young generation for change with the need to deeply and radically rethink the way we conceptualise the world, we will make lots of headway – and we might even survive as a species. It will not be easy and it will still hurt, but if that’s what is needed to survive the crises ahead of us as a species, that is what we need to do. And I think it is.

And just to be clear, I believe this is true not only for climate change or other environmental challenges. It is equally true for societal challenges like racism, sexism, inequality, poverty, marginalisation, and many others.

Where are you radical?

From Nora Bateson’s review of four films in light of systems change.

I would like to address the contrast between this approach and the approach in Straight Outta Compton, or Spotlight — the importance of_not_aligning with existing structures if you are trying to make change. I am bringing this up because I see it again and again. A hunger to get the message to the most prominent person or institution. To be granted audience by this or that top tier institution. Largely this seems to be a habit of “progressively” leaning changemakers who have some semblance of belief left in the existing structures. But, the existing structures will have to undermine themselves to actually make the changes needed — if they heed the message of change.

Speaking now as someone who has tried to address some of the deeper changes in culture, what I have seen again and again is that the high flying, super important, movers & shakers moments, are — useless. One gets in the door of this or that top tier Important institution, and while it may seem like real progress, one’s message gets translated back into “how to perpetuate the existing system.” Let’s make change without actually changing anything. UGH.

I love that Adam McKay sneaks this pattern in without making it a ‘thing-thing.’ Those of us who have been trying to make change have been sucker-punched 1000 times into thinking if we could just get high enough up the food chain, then we could make the change. It appears to be a good thing to climb the ladder, to get to the top of the mountain from which you may be heard — but the real change is in the valley, with the people just trying to get to next week. And to do this, is to turn one’s back on the promise of clout in the existing system. The real change is person to person. Radical, systemic upheaval is not about hyper scaled information. That kind of information fries like dust in flames. The deeper shift is in another rhythm, one in which the existing system has no hold on you.

Why have I added this to my Paper Museum? The current institutions have grown to support the system in the way it works now. They either don’t see and/or won’t be able to change themselves in a fundamental enough way to allow for the transformations that are needed. Therefore we need to ‘go parallel’ - which also means be more radical. That does not mean we need to throw the baby out with the bathwater, but in the existing structures, many things are not seen even if data is put in front of actors, many things are not even possible to say, and if you are yourself caught up you are unlikely able to change that.

Something for my German speaking readers: I really enjoyed the song “Das ist alles von der Kunstfreiheit gedeckt” by Danger Dan (on YouTube) - h/t to my sister Alina.

You just read issue #36 of Gaining Systemic Insight. You can also browse the full archives of this newsletter.