The premises we re-enact 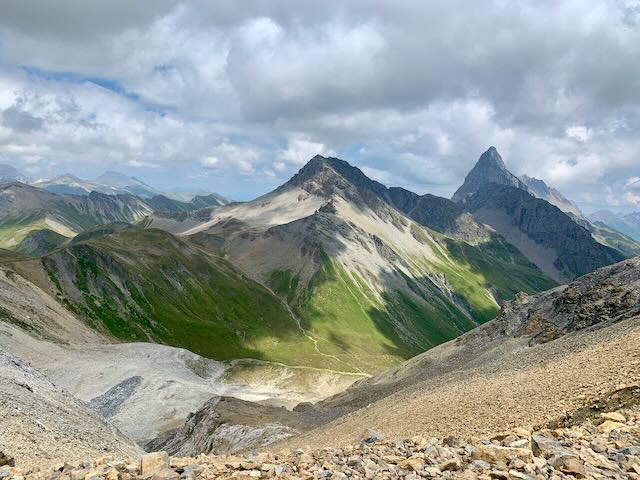 The premises we re-enact

I had quite a few responses to my email last week and I want to pick up and respond to one in particular. Chris Corrigan has written a whole blog post in response and suggested to start a conversation. I want to take him up on this. So in order to follow the conversation it makes sense to first read Chris’s post and then come back here to read my response to it. I will also copy my response into his comment section (I don’t have a comment section, Chris, as this is a newsletter, not a blog!)

First I just want to say that I was a little bemused when he identified my reflections as similar to the patterns of people who are new to complexity work. After all, I have been studying systems and complexity for the better part of 20 years now. But giving it some further thought, I indeed know that there is still so much I don’t know. So, I take it and gladly see myself as a beginner.

Yet I also feel a slight misinterpretation of my reflections in Chris’ response. I am not talking about a tension or dilemma between needing to move and needing to know. I’m aware that we can never know everything and even enough before we move. My reflections are more about the premises that are encoded in our way of doing things and the fact that we recreate the same patterns unknowingly if we don’t identify and name them. And these premises go deep and are layered – we can peel away some layers but then still have deeper, more fundamental premises that are also still there. Nora compared the layers of premises with a Jenga tower in the second session with Dave that I linked to in my last email. Only when we pull out the lower / lowest Jengas to make the tower fall, fundamental transformations can happen.

A simple example is the craze for electric cars that is going on at the moment in much of the Western world at least and the idea that we can save the climate by promoting/buying electric cars. Yet they don’t solve any of the problems created by individual mobility or patterns of consumption like the need to buy a new car every two to four years that are more fundamental causes of the problems we are trying to tackle (i.e., climate change, environmental degradation, etc.). And even below the layer of the need for individual mobility and consumption there are further layers of premises like the idea of the individuals as being separate from each other and able to self-optimise for example.

So the point I am trying to make is not really one about needing to move vs needing to know but rather one about the Paradox of Agency. Nora Bateson describes this paradox like this:

The notion of the individual entity having agency is confused by a paradox. The confusion lies with the idea of individuation. The entity (organism, person, or organization) is bound to its unique perspective or epistemology, and in that sense is identifiable as a separate source of responsibility. But, there is no aspect of that entity that is uninfluenced, uninformed, or unbound to the larger contextual interactions. On closer examination we begin to see that agency is diffused into the larger contextual processes that are shared by the entire community. Agency is a paradoxical product of mutual learning within and between people, nature, and culture. (Bateson 2016)

So my question is really: can we, and if so to what extend, shed some of the premises that underpin the institutions, relationships, or behaviours that have led to the current environmental, economical, social, and spiritual crises we as humans are facing? Can we pull out some of the Jengas? The assumption here is that our institutions won’t change if the premises that shape them don’t change.

I hope this makes more sense and I am curious about Chris’ and others’ response to this.

A second aspect that Chris picks up in his blog article is the question of intentionality and sense of direction. As returning readers know, I have often written about my unease with purpose or intention quite extensively. At the same time, there is probably no conscious action without intention (but then, our actions do not always stem from a place of consciousness). I like the notion Chris gives to Warm Data spaces as being inentionally purposeless and I totally agree with his point that “Spaces can be open, but they are never unbounded. Awareness of the boundary conditions is helpful for understanding what is possible and why what happened was ‘the only thing that could have.’ ” So yes, intentionality can span a range from giving a vague sense of direction to being about a very specific objective, with the specificity possible depending on the context that we are in at the moment – and it is not always easy to get that right.

Reference: Bateson, Nora. 2016. Leadership Within the Paradox of Agency. In Small Arcs of Larger Circles: Framing Through Other Patterns. Triarchy Press.

This is a collection of six new fundamental rights suggested by Ferdinand von Schirach in his book ‘Jeder Mensch’ (Everyone). They are also published and can be voted on by citizens of the EU on the website https://jeder-mensch.eu/en.

We, the citizens of Europe, give ourselves six new fundamental rights. Because Europe needs answers to the pressing issues of our time: environmental degradation, climate crisis, artificial intelligence, the power of algorithms, systematic lies in politics, new autocracies, unchecked globalization, threats to the rule of law and war.

Article 1: Environment Everyone has the right to live in an environment that is healthy and protected.

Article 3: Artificial intelligence Everyone has the right to know that the algorithms imposed on them are transparent, verifiable and fair. Key decisions must be taken by a human being.

Article 4: Truth Everyone has the right to trust that statements made by the holders of public office are true.

Article 5: Globalization Everyone has the right to be offered only those goods and services that are produced and provided in accordance with universal human rights.

Article 6: Fundamental Rights Lawsuits Everyone has the right to bring a lawsuit before the European Courts when the Charter’s fundamental rights are systematically violated.

Why have I added this to my Paper Museum? I find the idea interesting and the laws appeal to me. Yet I believe introducing these laws does not work in a top-down way driven by an intellectual, but that the laws need to be deliberated in a broad participatory process. In the little book, von Schirnach talks about other collections of fundamental laws like the American constitution, the UN Human Rights Convention or the EU Charta of Human Rights and sees them as ideals to aspire to, not necessarily (or in most cases not) reflecting the reality of the world they were developed in. Yet von Schirnach’s laws do pick up on some issues that are pertient to our time and that are not really tackled by current politics, which is distracted by lots of fires they need to put out (manifesting climate change, wars, growing social challenges, etc.). But the amount and urgency of these day-to-day challenges will not go away and cannot be used as an excuse not to tackle more fundamental issues on how we want to live together in our global society.

A photo I took on a hike from the Avers valley to the Faller valley in my native Graubünden in Switzerland.

You just read issue #60 of Gaining Systemic Insight. You can also browse the full archives of this newsletter.