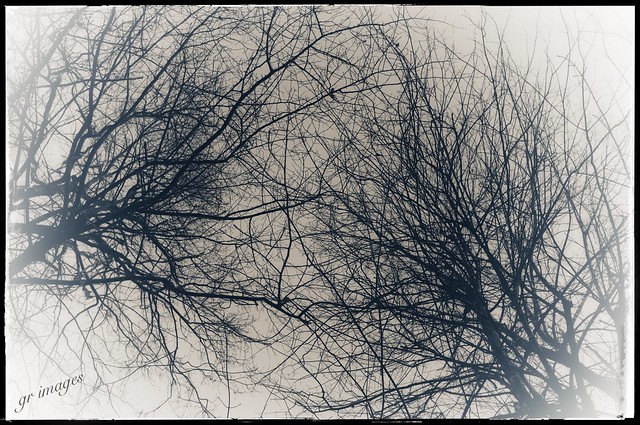 Today I want to share two quotes from a lecture given by Gregory Bateson at the California State University, Sacramento in 1966 (Bateson 1966):

One of the implications of cybernetic theory, I think—or shall we say the cybernetic revolution as it’s now being called—is that, where in the industrial revolution of the 19th century, man became enormously arrogant about what he thought he could do in way of control of the universe and of himself, I think the cybernetic revolution has an almost exactly contrary effect indicating that man has very limited control and control which is limited within definable limits of what he can plan and what he can predict. The systems in which we are part are almost all of them what are called stochastic systems, they contain large degrees of random alternatives. And this fact, in a systematic way, makes a good deal of planning and a good deal of prediction, in principle impossible. And it is appropriate for men to have a good deal more humility today about planning his social systems, planning the ecology of the animals and plants around him than he had before.

… if you study human societies, and human behavior in societies—and there is no human behavior, which isn’t in societies, even if they’re all alone on a desert island, they still go through gyrations related to the societies from which they came—when you study these things, it’s not so much that you are aware of studying a deterministic system, but of studying an over-determined system. That the factors and interactive forces—it’s a horrid word and an inappropriate one—which determine how I will stand as I lean on this lectern, as you begin to analyze them back into my height, the height of the lectern, the way in which my father stood, under various circumstances, the way in which my colleagues stand, the way in which you expect me to stand and so on and so on and so on, and the messages I want to give to you by standing in certain ways and so on. This becomes in the end a very definitely determined and restrained system. And this goes for presidential decisions, just as much as for minute postural details of how I behave. The spread of freedom at any given moment is extraordinarily small. Even the spread of possible random alternatives is very small.

How much of what we do are we deciding and how often are we ‘going with the flow’, i.e., acting in a way so that responds to the entanglement with the contexts we are in at that time? And how much can we influence of the larger systems we live in in any case? These are some of the questions of my exploration of the Paradox of Agency. By observing somebody’s behaviour, you can say a great deal about the contexts that constrain that behaviour. But do we have a choice? Can we act deliberately and if so, how do we know whether we have chosen an action rather than just responded to a stimulus?

Nora Bateson describes the Paradox of Agency as follows (Bateson 2016):

The notion of the individual entity having agency is confused by a paradox. The confusion lies with the idea of individuation. The entity (organism, person, or organization) is bound to its unique perspective or epistemology, and in that sense is identifiable as a separate source of responsibility. But, there is no aspect of that entity that is uninfluenced, uninformed, or unbound to the larger contextual interactions. On closer examination we begin to see that agency is diffused into the larger contextual processes that are shared by the entire community. Agency is a paradoxical product of mutual learning within and between people, nature, and culture.

In that Paradox of Agency, how do we define our private and professional roles? How do we define our identity or identities? How do we find out what to do and what are meaningful actions? Does it even make sense to give one’s life a specific purpose, to seek meaning in one’s life – and as a corollary, can we take meaningful action towards a purpose? How can we aspire to do good in the world? Can we? Is there still an instance of agency that leads to actions that I can truly attribute to me as an individual, as opposed to it being a consequence of my entanglement with multiple contexts and histories? What does that mean for the idea of will?

I have taken on these questions and am exploring them in various ways. First, I have started a project in which I invite a variety of people to contribute in different tones and forms to the website https://paradoxof.agency/ – essays, book chapters, poems, music, pieces of art, movement, film, etc. This is a creative project, an exploration without a defined purpose – I’m not expecting clear answers to the questions. Purpose might emerge along the way through relationships and interactions between context and people that will be formed throughout the project. The collection of contributions on the website has started and is growing. It is worth checking the page every now and then. Beyond sharing the contributions on the website, I am planning to organise some discussions with the contributors.

Secondly, I’m planning to bring together a small number of people next month to explore aspects of Entanglement and Ageny. We will have four calls of one hour each. For each call I will provide a relevant prompt, each looking at one aspect of agency. Come join me in this exploration. More information and registration.

And if you want to share some thoughts, just reply to this email.

In all of this, we are working with a very basic fact;  if the energy cost of sin is less than that of virtue then sin is what you will get. If you want to change, you have to make the energy cost of your desired pathway less than that of the alternatives. This simple statement is a radical change from the last thirty years.  We are creating an ecosystem where the cost of learning is less than the cost of ignorance and seeking to prevent the game playing that accommodates top-down approaches to change that seek compliance and alignment.

Why have I added this to my paper museum? The idea of the energy gradient is an interesting one. It takes us away from trying to change other people’s behaviour and asks the question of how we need to try to influence the context so that some behaviours become more likely than others. The question, however, still remains as to what makes a better behaviour.

Sue Borchard has done some in-depth research on the concept of trust and has built Trust - a conceptual landscape on Kumu. I have not had the chance to explore it thoroughly but still wanted to share it here.

You just read issue #21 of Gaining Systemic Insight. You can also browse the full archives of this newsletter.