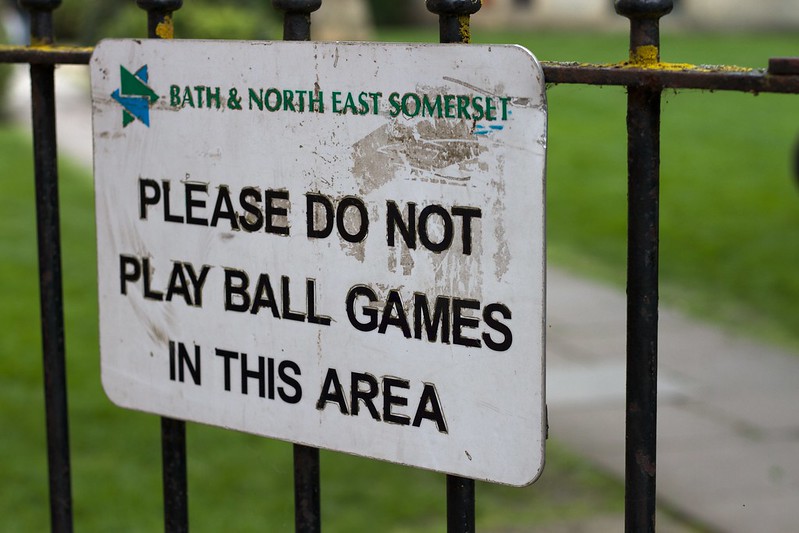 I realised that I am not a very playful person. Particularly, I find it hard to be playful in seemingly serious situations, like in workshops I am facilitating or meetings I am participating in. I can play within the rules but I am not very good in playing with the rules. I was seeing a personal trainer yesterday to help me with some workouts I was trying to get into that I found in a book. He basically said: you don’t need a book, just play with your body and you will feel what works – don’t limit yourself to prescribed workouts. I’m struggling with that as it would require me to imagine what I could try. I don’t feel very creative in that. Also, I often have this feeling that it might be awkward and I might fail. But then, what does failing mean if not an opportunity to learn? And what is the risk, really? What is the worst that could happen? I could embarrass myself in front of a group of people in a workshop. So what? We might just laugh and shrug it off.

Play and playfulness are very important in complex living systems.

Particularly the last sentence in this quote is critical. How can we ever change and adapt to new circumstances if we do not do things that we have never done before? This is what mutation does in evolution.

In an earlier email (actually my very first one) I wrote about finite and infinite games. What I am talking here when I write about ‘play’ is referring to infinite games. I’m not that much interested in finite games (except when playing cards with my daughter, but even that is part of a bigger, infinite game).

The thing is we cannot and must not prescribe play because that would lead to awkward situations. Prescribed play reminds me of awkward team building or leadership seminars where people are asked to do silly things in front of their colleagues, which supposedly makes them a better team – or it might just humiliate them. Gregory Bateson puts it like this:

A doctor may prescribe play, either in general terms, “You need more recreation,” or he may prescribe it specifically, as “golf,” or whatever he thinks would be play if he were the patient. But this raises a central question: Is it possible for a doctor to prescribe play? Is that prescription a contradiction in terms? If it is prescribed, it cannot conceivably be play. If the message of the prescription—the label “This was prescribed’’—really enters into the soul of the patient, can that which ts prescribed conceivably be play? (Bateson, G. 1956)

Instead of a prescription, there needs to be an implicit invitation to play. Like the puppies that somehow communicate with each bite or nib to each other that this is a play fight and not a real fight. The message ‘this is play’ is a metamessage.

So my questions to you: When are you playing? What are your invitations to play? Please share by replying to this email.

A little piece from Haruki Murakami’s The Wind-up Bird Chronicle:

“No, I was never one for guts. Not likely to change, either.”

“Curiosity’s another matter. I’ve got some of that.”

“Hmm, maybe they are kind of similar,” I said. “Maybe you’re right. Maybe they do overlap at times.”

“Times like when you sneak into somebody’s backyard, say.”

“Yeah, like that,” I said, rolling a lemon drop on my tongue. “When you sneak into somebody’s backyard, it does seem that guts and curiosity are working together. Curiosity can bring guts out of hiding at times, maybe even get them going. But curiosity evaporates. Guts have to go for the long haul. Curiosity’s like an amusing friend you can’t really trust. It turns you on and then it leaves you to make it on your own - with whatever guts you can muster.”

She thought this over for a time.

Why have I added this to my Paper Museum? I can identify with Mr. Wind-up Bird in that scene. I would say I am not a person with lots of “guts.” Yet I can see that curiosity requires guts because it can lead us to unknown territory and not all people like to go there. So in that sense it also links to the email on play as playing the infinite game also gets us into unknown territory, which requires guts.

You just read issue #46 of Gaining Systemic Insight. You can also browse the full archives of this newsletter.