while the magic and beauty are really in ourselves

The subject line for this email is taken from a lovely passage in Kahlil Gibran’s novel, The Broken Wings (1912), the fictionalised story of his first love: “The appearance of things change according to the emotions, and thus we see magic and beauty in them, while the magic and beauty are really in ourselves.”

Good news for fans for Freelance Pod - it’s back! The new epiode features Vix Leyton, comedian, comedy promoter, podcaster and PR. It’s a brilliantly positive conversation, in which the wise Vix advises us to to remember that a “no” won’t kill us; talks about her love of Twitter (me too); and dishes on how the comedian Mark Watson gave her a stepping-stone into comedy.

Some of you might have noticed that this is the first episode I’ve made since last summer (there will be some more coming up, loosely themed around comedy), and I did actually announce the demise of the podcast on its social accounts about a month ago.

Identifying then booking guests is an enjoyable but intensive task that only I can do, really - some people just ‘feel’ more right for it than the people I get pitched, who seem right on paper, but the chemistry’s not there. So I can’t outsource that part.

What matters more to me is how enjoyable the conversation will be, how happy my guest is telling stories, and together, how those two positive emotions will produce an great result for the listener.

The u-turn on the podcast reflects something deeper that’s been going on with my career (and life) over the past year or so. Moving into comedy - and performance - has been the pivot, and that shift has lost and gained me subscribers to this newsletter, seemingly every edition.

I’m in a state of flux, not knowing exactly which proportions of my job are comedy, training, journalism, writing longer projects, something else. That’s not surprising after the year we’ve all had. And that confusion has been reflected in the content I make around those projects, the newsletter, the podcast, social media bios. That’s the marketing, the branding of my career, the stuff you see on the outside that defines my work - and maybe even my personality - for you, if you don’t engage with my content (which is fine! It’s not mandatory to go beyond surface-level with anyone’s work).

Perhaps my thinking isn’t obvious, but I see all the various things I do as storytelling in different forms. Writing is a delayed form, reaching an audience after I’ve closed the document and left the seat, If the reader speaks back to me - as so many have, and continue to do so, thank you - then the person they get is no longer the writer in the moment of writing, but me, on a different day, better or worse, answering emails and working on something else.

Performance is something else. It’s a constant reading of the room, of the energy and the mood, but not always matching it. The same is true of teaching. I ran my personal essays masterclass for London Writer’s Salon for the fourth time last night, and it’s designed to take the participants through a range of different states and emotions, building up to a more confident ending in which they pitch me their deeply-held story ideas, which are often about the bleakest moments of their lives, and I’m the first person or non-therapist to read about it. I make it very clear that I won’t read out any pitches that are too personal to the class, and I offer everyone written feedback on the pitches the week after the class, so that they can keep the story private.

The different states and emotions they go through are a miniature version of getting into the zone for writing, by breaking the ice with the people around them on the zoom, so they can open up, then describing the digital media landscape as I’ve experienced it.

The pitch needs to be the solution to an editor’s problem. Do you have the sufficient distance from and perspective on this episode of your past to make it into a story that will be edited and pulled into new shapes and interpreted and re-interpreted by an invisible readership in the future, when you are done with writing, and perhaps feel differently about your subject matter, and this difficult time in your life?

It’s an emotional journey that anyone writing about a tough part of their life will go on, and it’s important that my class reflects that. My personal essays that we look at are also about the most painful aspects of my past, but I gave myself the time to feel ready before I wrote them for publication, and in one case, that was 19 years. There’s no rush. Once you are ready, you can write your story from different angles, with different textures and colours and sounds, remembering details in some that won’t fit into others. Once you can take hold of your own story, you can use it as a story, rather than something delicate and frail that will bleed if cut by an edit, or swell up under the sting of an editor’s gentle critique, or bruise when linked to and discussed on social media.

Bringing this all back to performance: I’m writing my show ‘I Miss Amy Winehouse’ a little bit like how I write my masterclasses, although I’m not that keen to have slides up during it (maybe one or two photos of my parents? I think it’s important to illustrate the people you’re taking about). I’m seeing if I can take audiences through different emotional states smoothly, to go on the journey that I’ve gone on, but in 60 minutes rather than 20+ years.

The live performance element makes this riskier than writing, becuase I am right there, receiving their reception. Their energy, their facial expressions, their body language will press back against my performance, perhaps changing it slightly, the way a stone in a stream makes the water flow around it rather than through. I simply don’t know.

The performance is risky on a number of levels: because live performance just is; because it’s a leap from what I’ve done before in my career if you don’t consider all the teaching and training as performances; and some people would quite enjoy seeing me take the leap and fail.

No one wants to say that bit out loud, but it’s the reason behind the post of the official announcement of my Brighton Fringe show on LinkedIn is at nearly 1000 views in three days (pretty big for my profile), and the next post is on 55 views in a day. The schadenfreude will be strong with some people out there, and, yes, I might totally fuck this up and make you happy :) I just don’t know.

All I can say right now is that this show idea has been kicking around in my head for about the year, and then it started growing visuals and little scenes and props and now it’s becoming a sort of vision, not yet finished like Lily Briscoe’s at the end of To the Lighthouse, but begging to be allowed out, so… I just have to give it shape and life. How it’s received, well, that’s not up to me; but whatever that is, it will have been worth it. I can’t move on to the next project until this is done.

“It’s as if I have been conversing with them for 12 episodes,” she says of hearing viewers’ reactions firsthand. “That’s how deeply they’ve understood something in the show.”

“Instead of exploring all these monuments and memorials and prisons and cemeteries and plantations, I look at my own family history and think about my own grandparents as monuments, in a way.”

Helen Dryden (1887-1981) was an American artist who collaborated with Vogue during 13 years (1909-1922). She made fashion illustrations and covers for Vogue but also for Delineator and Studebaker. …

nora from queens is the best 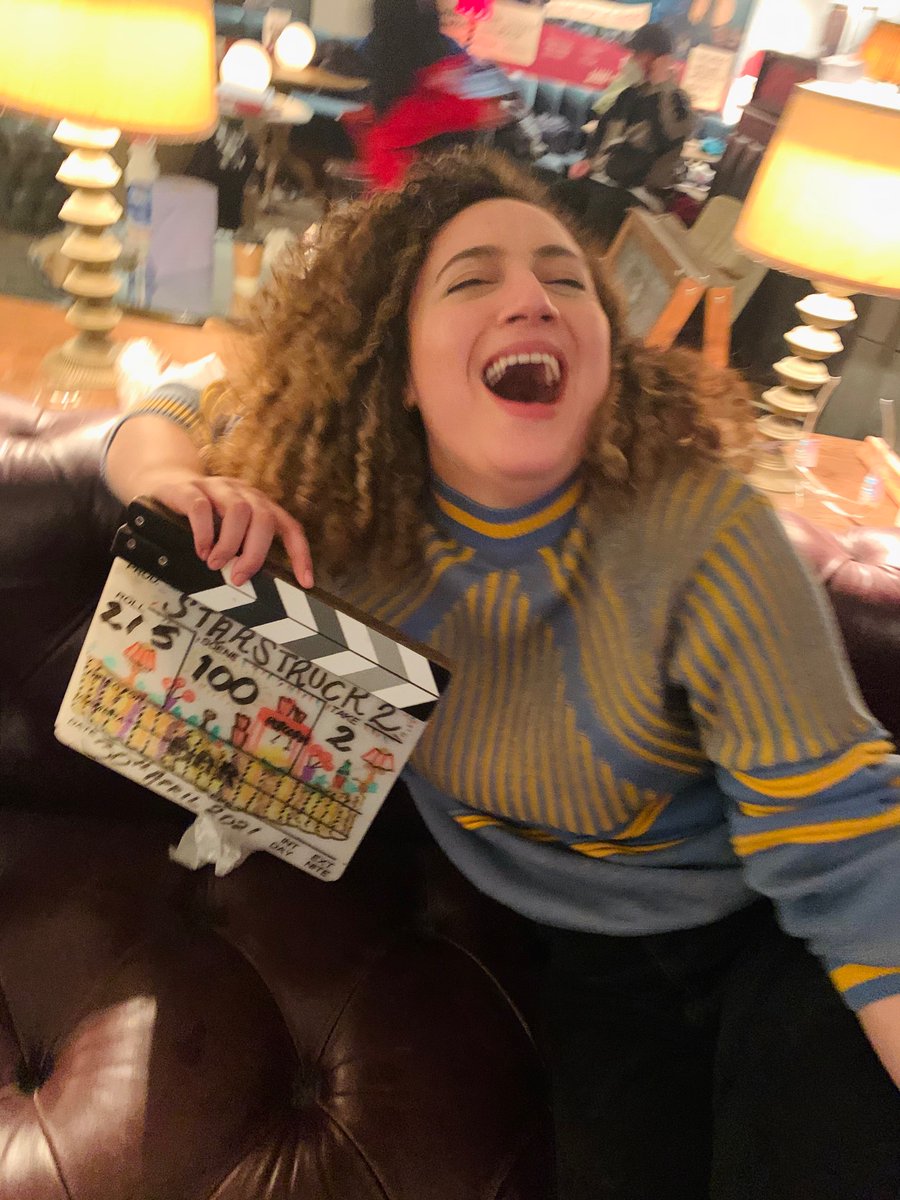 thank you for your truly lovely words about Starstruck so far. I’m sorry if I haven’t replied, but we started shooting something else this week

Sorry, we couldn’t find the page you were looking for 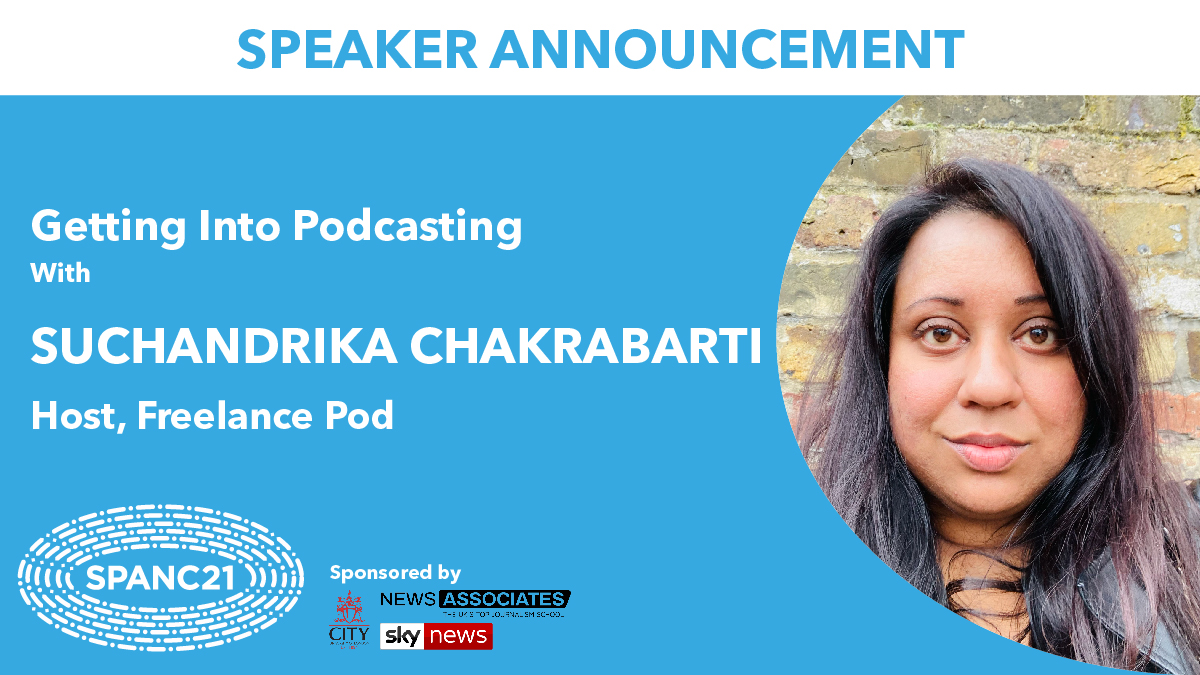 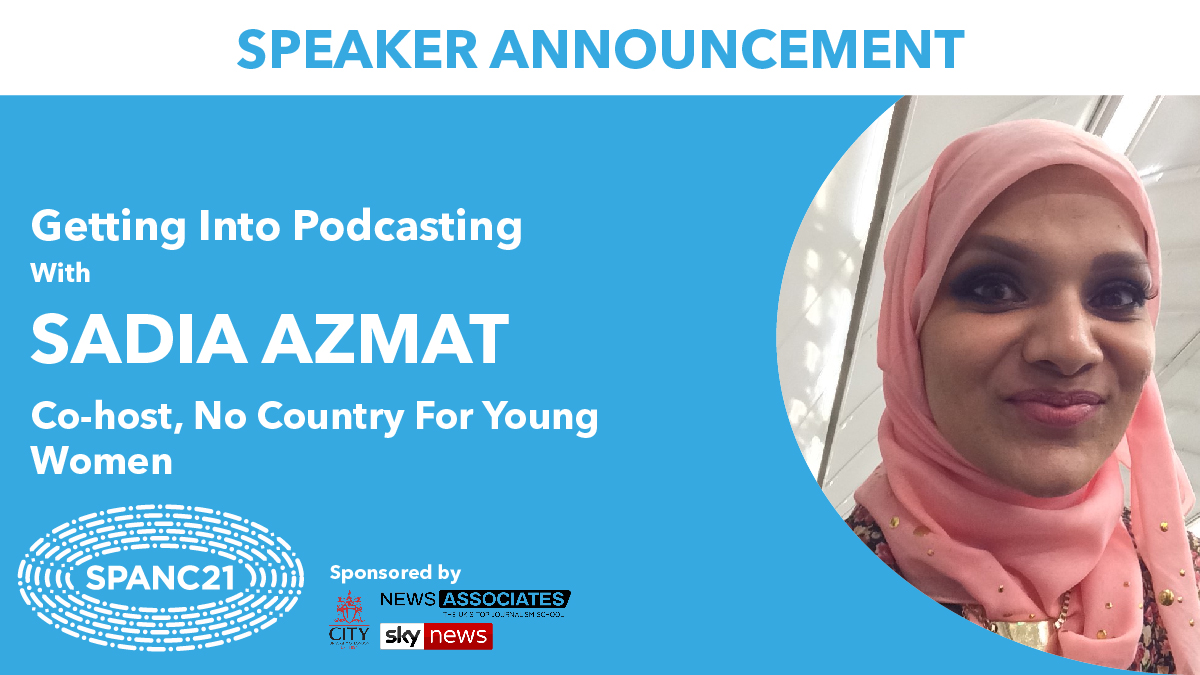 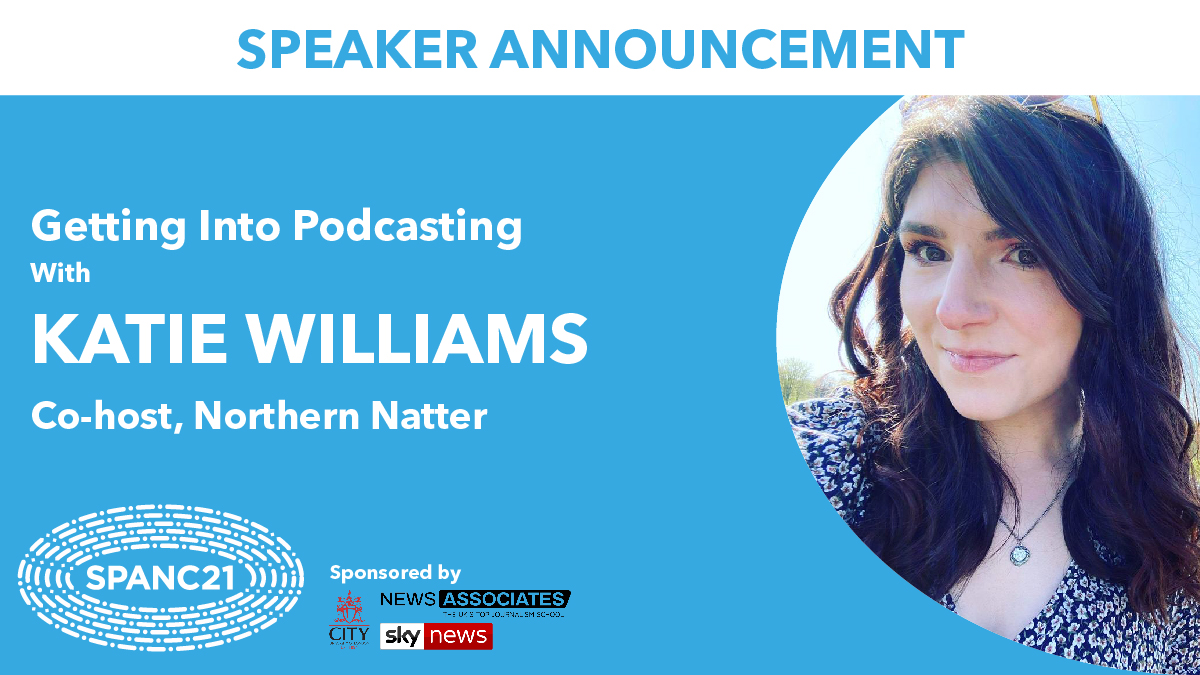 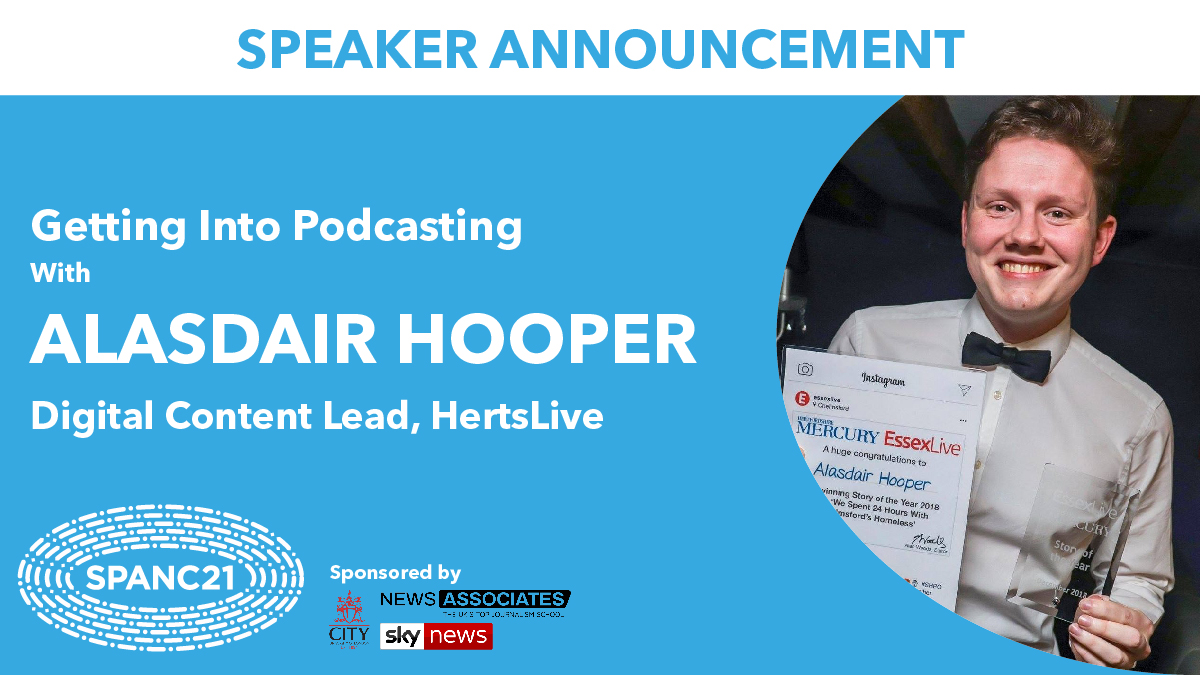 SPEAKER ANNOUNCEMENT: From guests to production to publishing, @adjhooper1992, @SuchandrikaC, @sadia_azmats_ and @Katie_WJourno walk you through starting your own podcast! Session sign-up links are going out TOMORROW, so register free for #SPANC21 now:

That’s all from me! Thank you for reading, I’ve been Suchandrika Chakrabarti and if you fancy buying me a Ko-fi I’d be eternally grateful <3

You just read issue #96 of writing by moonlight. You can also browse the full archives of this newsletter.