🚀 We’re giving you access to the Stately Editor beta

We’re excited to announce the public beta of the Stately Editor! The Stately Editor is a tool for creating and editing state diagrams visually. We’ve received a lot of great feedback from the private beta testers, and now we’re delighted to share it with everyone. 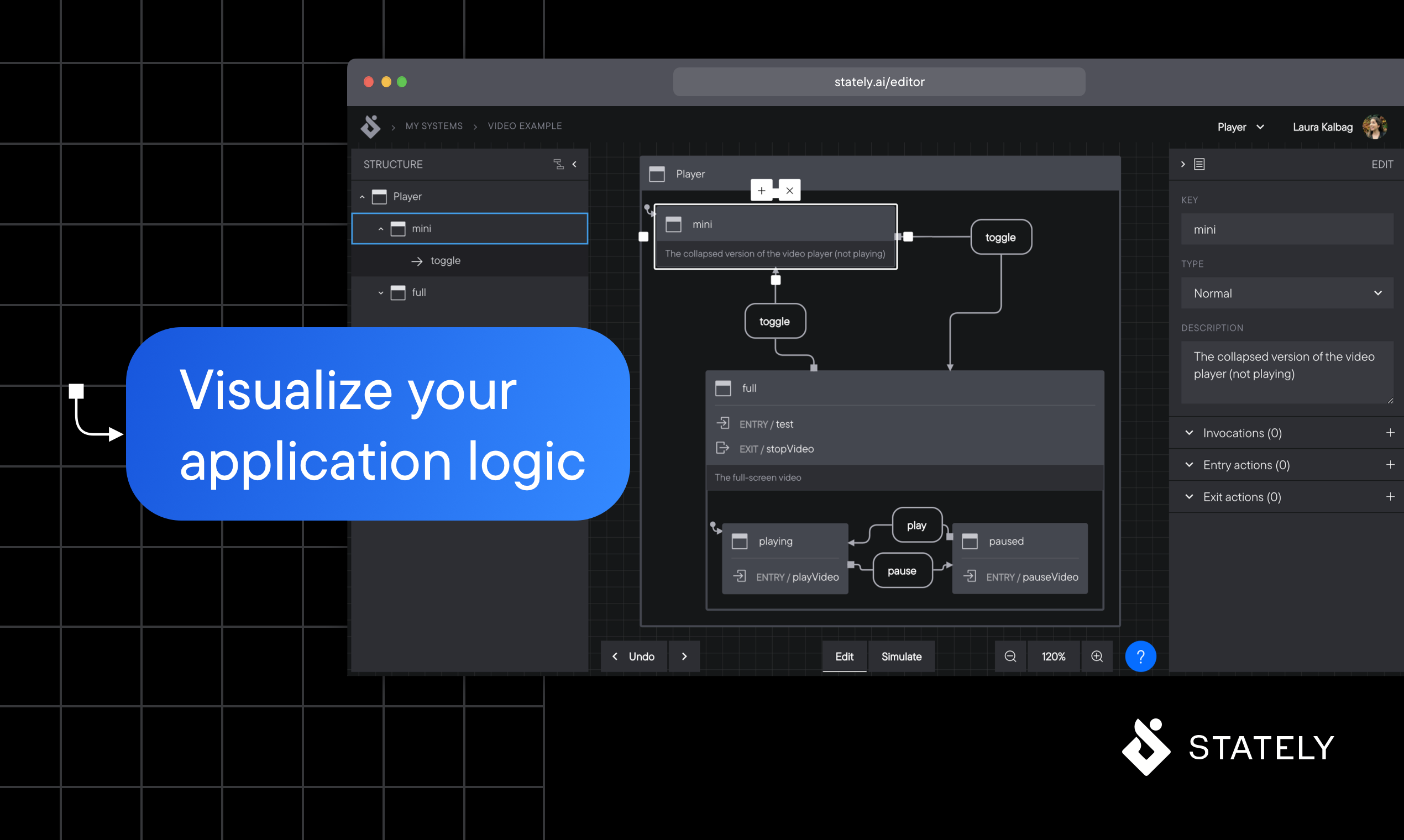 Check it out on Product Hunt 😺

Our mission is to make app logic accessible to the entire team, including developers, designers, and stakeholders. Using state machines and statecharts as a common visual language, the software development cycle becomes more collaborative, eliminating handoff and tightening the feedback loop. The Stately Editor aims to be that collaborative visual app logic tool.

Excited to see what the Stately Editor can do?

Please let us know if you have any feedback, feature requests or bug reports. We’d love to hear from you.

You just read issue #7 of Stately Newsletter. You can also browse the full archives of this newsletter.