What will you tell your grandkids?

Yesterday, a friend sent me a short documentary about Mourning Doves. This video was special because it featured her grandfather. It was produced in 1959. 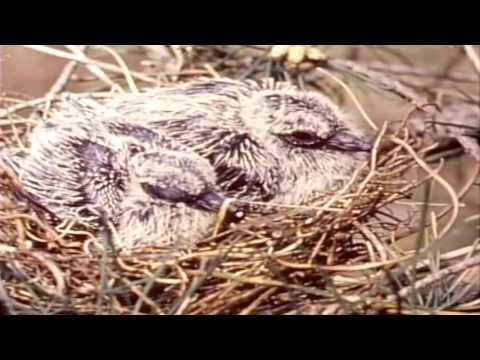 I watched the whole thing because I like birds, especially the common ones that we rarely give much thought to. I also watched it because I knew my friend’s grandfather must be proud and I wanted to share those feelings.

It made me think about the work I’m doing now and whether or not I’ll ever have the chance to show it to my grandkids. Am I making work that I’d want to show them? Will it make future generations proud? Will it even matter?

These questions haunt me.

But they’re also not that useful. It can be paralyzing to think about how the work will be interpreted 50 or 100 or 1,000 years from now. We have no control over whether or not anything we do will stand the test of time or if it will remain sufficiently archived. Sure, I have a website, but tech changes rapidly.

It’s better, instead, to put one foot in front of the other. To show up each and every day. And do the next right thing.

If you have big dreams that you haven’t been able to put into action yet, all I ask is: Why not? This is not a judgment, rather an introspection. Is there anything you can remove from your life to make room for this dream? Is there one small step you can take today to get you closer to making something that your grandkids would enjoy?

Perhaps it’s better not to think about whether or not our work will stand the test of time. But instead, doing our best, right now, to ensure that we’re doing our best for ourselves and our communities. And no, I’m not talking about “being more kind” or spreading bullshit fake positivity. I’m talking about being fiercely anti-racist and organizing our friends (and maybe family) to fight against white supremacy.

I hope to be one of the good ancestors. Someone my grandkids think about and say, “She was strong and fought for justice, even when it was hard.”

This means working every day to get out of my own way, to listen to the Black and Indigenous People of Color who have been leading these movements, to not take myself so seriously, and to stay curious.

If we’re lucky, maybe in a few years, there will be a short documentary or photo album that we can send to our grandkids via the latest holographic brainwave technology.

Things I consumed and recommend this week:

The Challenge reruns on MTV. This is silly, I know. But sometimes terrible TV is exactly what I need.

Is it a resolution or is it capitalism?

This is the Sunday edition of Culture Study — the newsletter from Anne Helen Petersen, which you can read about here. If you like it and want more like it in your inbox, consider subscribing. Americans love New Year’s resolutions because we are perpetual strivers obsessed with self-improvement. The tradition of a New Year’s celebration, paired with the desire to clear one’s debts, dates back to both the Babylonians and, later, the Romans, who pegged it to the two-faced god Janus (god of dualities and transitions!) All of that makes sense, in a Wikipedia history sort of way, but I think the contemporary understanding of resolutions has a lot more to do with how the holiday, like all American holidays, has been overloaded with significance intended to simultaneously make us feel like we’re failing personally

It’s ok to be angry right now. But here’s why white people can’t stop there.

It’s ok to be angry right now. But here’s why white people can’t stop there.

Visiting a new place in your own city. I went to these sand dunes that are near the Metropolitan Detention Center and a Landfill (lol). But it was still really cool! Here’s an Instagram video I made.

Sneak preview of some stickers I’m going to get printed very soon!

Going to make these into stickers and donate all proceeds to an org that is doing important work. Lmk if you have ideas for which org that should be!

You just read issue #22 of Soft Practice. You can also browse the full archives of this newsletter.