A Message in a Bottleneck

The first time I heard a compact disc was in middle school. My best friend’s dad had just replaced his entire collection of LPs with CDs. They sat in stacks beside the apparatus that played them. They were like extra-terrestrial objects, something from the science fiction we were into at the time. They were also off limits. We were not allowed to touch them. 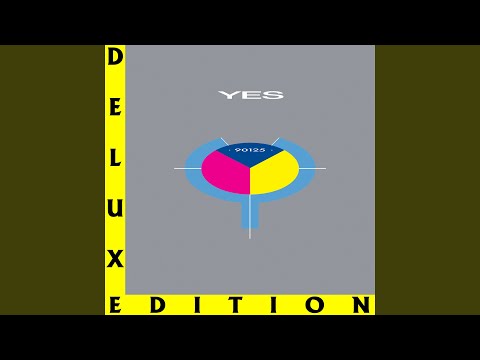 One day my friend’s dad sat me down on the couch in the middle of their den. The angled sunlight of autumn streaked through the limbs and leaves of the trees in their small front yard. Four large brown cabinet speakers, sitting one each in the corners of the room, were all pointing directly at me. He put on “Owner of a Lonely Heart” from Yes’s then-new record, 90125, loud enough for all the neighbors to hear. The opening samples stumbled around the room before the lead guitar took hold. That first horn stab, a sample from "Kool is Back" by Funk, Inc. (which is a cover of “Kool’s Back Again” by Kool and The Gang) leftover from Trevor Horn’s Duck Rock sessions with Malcolm McLaren, sounded like a laser shot from space. I remember being able to feel Chris Squire’s bass thumping through the floor as Trevor Rabin’s guitar swirled and the samples bounced around the room and my skull to dizzying effect. That day the CD earned and maintained its otherworldly reputation in the history of recording formats, supplanting the raggedy cassette and the woefully outmoded vinyl record.

Creators of culture often lose control of their art when certain technologies step in. Some adapt, some adopt, and others disappear. The first records appeared in the early twentieth century. By the 1940s, a standard was set, an organizing principle was established. The standard was thirty-three and a third revolutions per minute, with about forty-five minutes of recording time, approximately 23 minutes per side. Traditionally, most artists have recorded ten or so three-to-four-minute songs, which fit nicely into the LP format. But artists who bristled at the restrictions of the popular song could record single pieces that lasted the entire side of a record—think the lengthy improvisations of John Coltrane or Miles Davis, or the proggy self-indulgence of Yes or Rush—and they did.

In the 1970s, punk rock threatened not only the dinosaurs of the dark side of the moon, but the format itself. Punk’s working-class angst had no truck with the extravagance of prog and festival rock, much less with the length of their songs. The spiky bursts of punk’s aggression lead to a rise in significance of the seven-inch single. Bands were heard today and gone tomorrow, rarely together long enough to record an entire LP worth of material, and fans rarely expected much more. Their pithy musical statements didn’t require such a long run time. But the LP format and its limitations on recording, production, and listening remained in force for the next fifty years.

Fast-forward to 1988, when The Cure was recording its eighth record, Disintegration, Robert Smith said it was the first time that they went into the studio knowing that they’d be recording for a release on compact disc, which meant they could plan to record over an hour of music. “Disintegration is the first real CD-LP,” he claimed, “It was about time the musicians learned to use this format: instead of two twenty-minute sides of an LP, you now have a seventy-minute stream of music without interruptions.” The LP had restricted bands to a runtime of forty-five minutes, but with the advent of the CD, artists had additional time to record songs and to include “bonus tracks” on CD reissues of older LPs.

Just as important as the recording, the CD also changed the act of listening. Long-accepted notions like “fast-forward” and “rewind” lost their meaning overnight. Digital media changed listeners' access to the individual songs on a record, and their expectations as well. “The history of mobile listening,” writes Michael Bull, “is also the history of ratcheting up of consumer desire and expectation—consumers habitually expect these technologies to do more and more for them.” The CD was just the next physical format for the commercial distribution of music. Its aesthetic proximity to the LP and the likelihood that it is music’s last physical, commercial format have caused some to conjecture that it will end up like the LP, as a cultural artifact to be revered, preserved, collected. “The tangibility of the CD is part of its charm,” writes Mark Katz, “A collection is meant to be displayed, and has a visual impact that confers a degree of expertise on its owner.”

“I don’t think the ‘decline of the compact disc’ has affected the way I approach the idea of recording music,” Dischord Records founder Ian MacKaye told me in 2009. “We just press fewer CDs, more vinyl, and make it available online.” Sales of compact discs dropped by half between their peak in 2000 and 2007, and by 97 percent in the years since. By 2020, the CD made up only 4 percent of music industry sales. “If anything,” MacKaye continues, “I reckon the fact that so many people are listening to music on the earbuds and headphones that come with personal listening devices has made me think more about the recording process. I don’t listen to music that way, and I wonder if my aesthetic still ‘works’ when shot directly into the ears. Having said that, I don’t have any intention of doing anything differently.”

“On a conscious level, the decline of the compact disc has had no effect on how I record music,” K Records founder Calvin Johnson told me then. “On the subconscious level, it has filled me with glee.” Like Johnson, others see its small size and subsequently small cover art, as well as its mass-produced disposability, as signs it will go the way of the cassette and the 8-track, detritus that has fallen by the wayside of technology’s forward momentum, a momentum that then moved at the speed of the instantly downloadable MP3. Pro skateboarder-cum-recording artist Duane Pitre adds,

I like to have something in my hands, I am not very fond of MP3s as a final product as sound quality is compromised, and you have to interact with a computer. Also, there is no artwork to gaze at, no booklet to flip through, etc. Music used to be about an ‘escape’ of sorts for me (still is sometimes) and being locked onto computer is by no means an escape in my eyes. But anyhow back to the ways to release… I am very fond of vinyl releases with free MP3 download coupons. I think that is the best of both worlds… very interested in that route.

In the meantime, the MP3 itself has diminished as a format of course, but once the MP3, online file sharing, and the iPod came online around the turn of the millennium, the floodgates were opened, and music was liberated not only from the dams of physical formats but also physical spaces. Now it's freer still, but the digitization of music started with the compact disc.

This is another brief excerpt from my book-in-progress, The Medium Picture, which is becoming as much a Gen-X music-fan memoir as it is a media theory book, as much artist hagiography as it is media archaeology, a love letter and a cultural critique. Anyway, it’s still without a publisher, but I made a secret page about it on my website, which I’ll be updating as it continues to progress.

Also, in case you missed them, I have three (3!) new books out! They make great Christmas gifts!

And another coming early next year: Boogie Down Predictions (an edited collection about hip-hop, time, and Afrofuturism from Strange Attractor Press), which is available for preorder. In case you missed it, there’s more about that one in last week’s newsletter.

Thank you all for your continued interest and support! It is appreciated.

You just read issue #35 of Roy Christopher. You can also browse the full archives of this newsletter.