The Great Race For Discovery 🚀

While the news waits for no one, the editorial portion of this newsletter is taking a two-week break. This week, I am reallocating that energy to time with my family for Father’s Day.

(BTW - Happy Father’s Day to the dads out there!)

Next weekend, I will be spending time with my sister and her family - including seeing my niece for the second time in her young life. Thanks to COVID, the first few months of her life have included more FaceTime than anyone expected.

This moment in history is marked by heightened uncertainty. So, as much as you are able, put down your phone and love those close to you. Also, spend some time reflecting on how much you are loved, because you are loved. It will be good for your soul.

There is now another reason for retailers to update their Google My Business listings and create local product feeds. Starting today, local store information including product availability, locations and options such as curbside pickup or delivery will appear in the on Google Search Shopping tab in all countries where it’s available.

As you can see in the screenshot below, merchant listings indicate if curbside pickup or delivery options are available, click to call or get directions links as well as individual product listings from their product catalog. 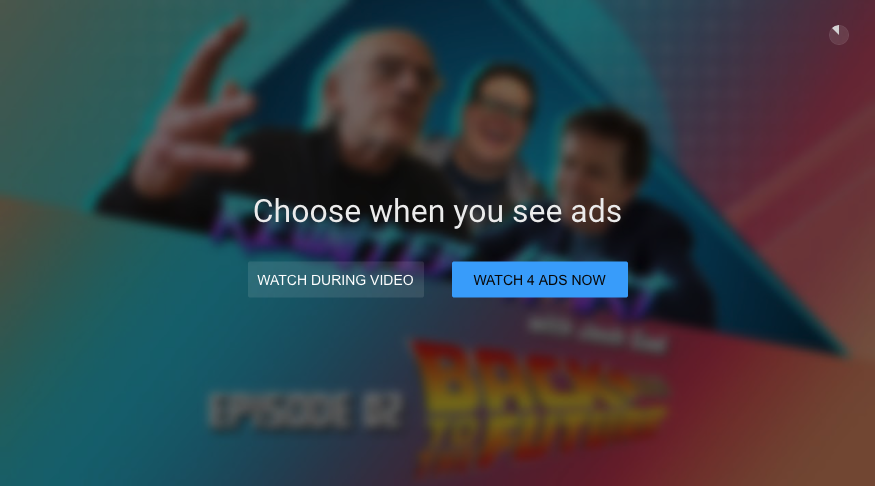 YouTube gives you Ad options at start of a video now, huh?

Google will show if your ads are active, the last 7 days of impressions, clicks and spend on your campaigns: 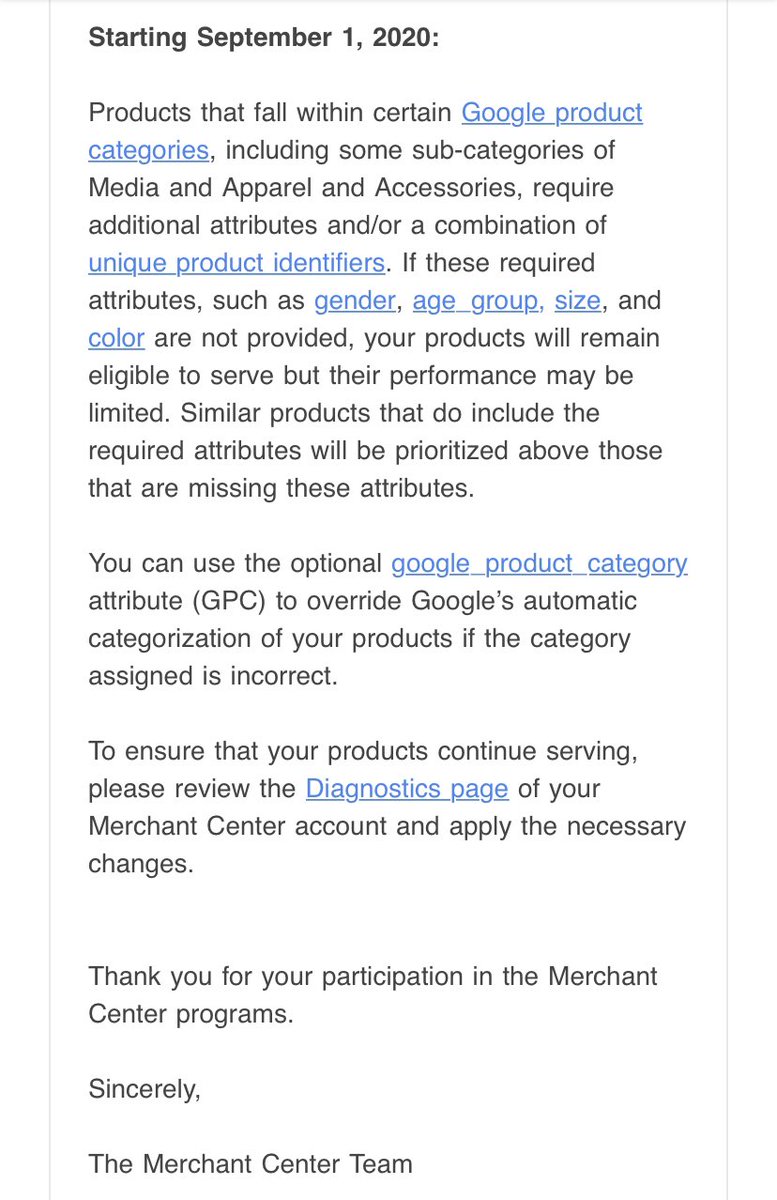 Heads up for Google Shopping. Get your data added in Merchant Center for age group, size, gender, and color or your competitors with that data in their feed could be prioritized above you in results. #ppcchat From email received tonight:

Google’s latest experiment is Keen, an automated, machine-learning based version of Pinterest | TechCrunch

A new project called Keen is launching today from Google’s in-house incubator for new ideas, Area 120, to help users track their interests. The app is like a modern rethinking of the Google Alerts service, which allows users to monitor the web for specific content. Except instead of sending emails about new Google Search results, Keen leverages a combination of machine learning techniques and human collaboration to help users curate content around a topic.

For every collection, the service uses Google Search and machine learning to help discover more content related to the given interest. The more you add to a keen and organize it, the better these recommendations become.

…today, we’re testing a new feature that will add a more human touch to the way we use Twitter – your very own voice.

Each voice Tweet captures up to 140 seconds of audio. Have more to say? Keep talking. Once you reach the time limit for a Tweet, a new voice Tweet starts automatically to create a thread. Once you’re done, tap the Done button to end your recording and go back to the composer screen to Tweet.

To see it in action: 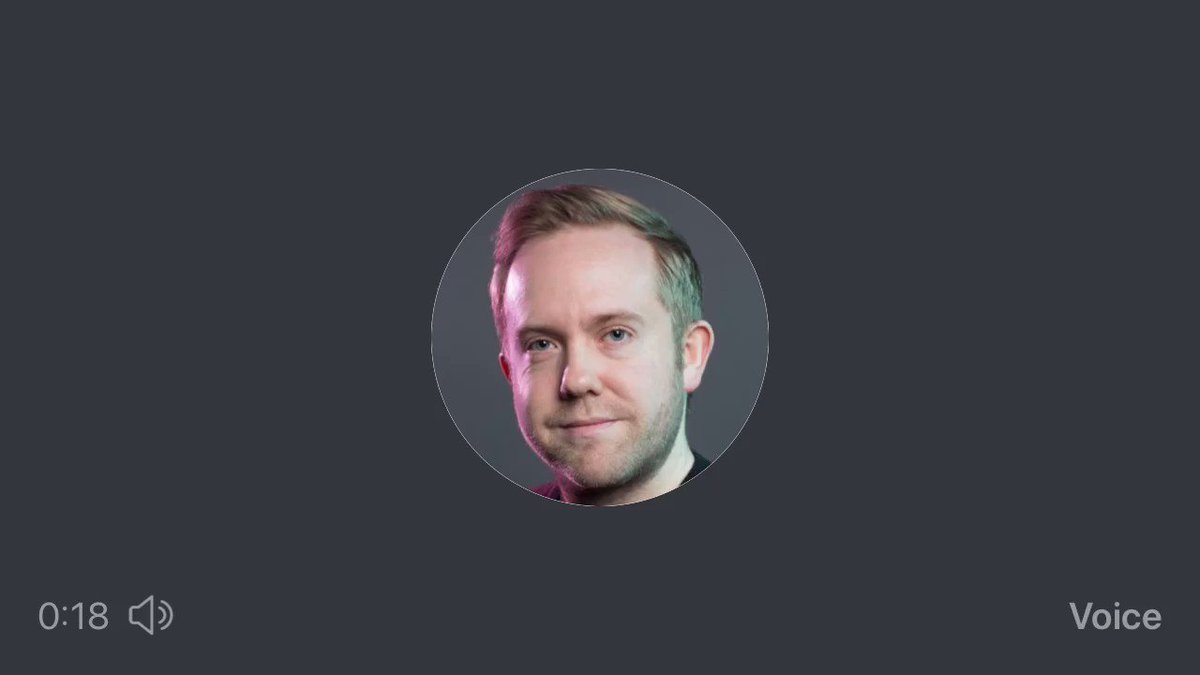 For ads that enter the auction, Facebook selects the top ads to show to a person based on which ads have the highest total value score — a combination of advertiser value and ad quality. We find advertiser value by multiplying an ad’s bid by the estimated action rate. This is an estimate of how likely that particular person is to take the advertiser’s desired action, like visiting the advertiser’s website or installing their app. We then add the ad quality score, which is a determination of the overall quality of an ad. We use machine learning to inform this process, as we explain below.

As pointed out by social media expert Matt Navarra, some Instagram profiles now have the ability to add product tags in their post captions, which, when tapped, take you through to a shoppable product page.

“Live Breaks are longer ad breaks that allow creators to step away, stretch and take a quick break while keeping their audience engaged. The new format blends creator-generated content, such as clips and highlights, with a traditional ads experience.”

Live Breaks can be manually triggered 90, or 180-second intervals, and will provide another way for gaming streamers to generate more ad revenue from their efforts.

We haven’t covered the streaming game market much, but networks like Twitch are exploding in popularity and remain under the radar for many advertisers.

This move by Facebook is an effort to tap into that growth and energy. And while that isn’t important to retailers, the new ad placement should be, especially if you target that demographic.

‘We’re In. We’re Out’: The North Face becomes the first major company to boycott Facebook as the calls for advertisers to walk out of the platform in July intensify

The North Face has become the first major brand to boycott Facebook on the heels of mounting pressure from civil rights organizations over the platform’s content moderation policies and handling of hate speech in the aftermath of George Floyd’s death.

In a tweet saying “We’re in. We’re Out” the clothing company announced Friday it would stop buying Facebook ads in the US in solidarity with organizations including the NAACP, the Anti-Defamation League, and Sleeping Giants.

In a follow-up statement to Business Insider, the company said it would also halt paid advertisements on Instagram, which is owned by Facebook.

Shopify Advances After Deal With Walmart Expands Its Reach - Bloomberg

The world’s largest retailer aims to add 1,200 Shopify sellers this year, Walmart executive Jeff Clementz said in an interview. The company’s marketplace site, which already offers more than 75 million products, grew at a faster pace than Walmart’s overall web business in the first quarter, and third-party sales are typically more profitable as the sellers pay a fee to list items and often shoulder the delivery costs.

The collaboration is Walmart’s latest attempt to expand the scale and profitability of its $21.5 billion U.S. e-commerce business, which is gaining ground on market leader Amazon.com Inc. but continues to lose money. In recent years, Walmart has rolled out a fulfillment service for third-party sellers, allowed customers to return marketplace items in its physical stores and jettisoned millions of third-party items that didn’t meet quality standards.

Walmart now has about 45,000 different merchants on its marketplace site

This is an interesting move. Shopify has largely provided refuge to smaller retailers from the big tech data vultures - namely Amazon. This move seems like a step backwards.

March 2019: “How Target is Getting More DTC Brands to Sell In its Stores” via Digiday April 2020: “Amazon Scooped Up Data From Its Own Sellers to Launch Competing Products” via WSJ June 2020: “Walmart Partners with Shopify” via TechCrunch 2021: “Walmart Scooped up Data…”

Back in Auction – Amazon Returns to Google Advertising in the US

Almost three months ago we reported on Amazon’s decision to pause Google text and Shopping ads as it focused on essential products in the early days of restricted movement stemming from COVID-19. The move made sense at the time given that Amazon needed to hire over 100,00 workers and make other efforts to ramp up its order fulfillment capacity.

In a sign that things for the eCommerce giant are returning to normal, US advertisers in a variety of product categories started seeing Amazon creep up in Google Auction Insights reports last week, with June 10 the most common date of first arrival back in the auctions.

It was nice while it lasted.

Why People Are More Honest When Writing on Their Smartphones - WSJ

We should believe the feelings expressed in tweets written on phones more than those written on PCs, researchers say

Six former eBay executives and employees are facing federal charges after they allegedly led a cyberstalking campaign against a Natick couple they believed was critical of the company in an online ecommerce newsletter.

“It was a determined, systematic effort of senior employees of a major company to destroy the lives of a couple in Natick, all because they published content company executives didn’t like,” said Lelling.

As someone who also authors an online eCommerce newsletter, I am proud to say I’ve never mentioned eBay before this story.

Former eBay CEO Devin Wenig also left the company that month. While he isn’t named in the criminal complaint, eBay confirmed that he is “Executive 1,” who allegedly gave the initial order to “take her down” (which was then relayed to Baugh by “Executive 2”). The company also confirmed Wednesday that “Executive 2” is former chief communications officer Steve Wymer. Bloomberg News first reported Wymer’s connection. Neither is charged with any crime.

You just read issue #20 of Cache. You can also browse the full archives of this newsletter.