I suspect these endeavors are expected to kick off with promises. Those ‘here’s what you’re in for’ guides, giving you a sense of the gallery you’re about to experience.

I reckon, however, that if you’ve hit ‘subscribe’, you know what you’re in for, and also that you’re only reading this in the hopes that it will be something interesting.

So I will dispense with that and, rather than attempt to establish expectations, just kick off. Best to dig in, rather than me prepping you for it.

Imagine If We Were Free 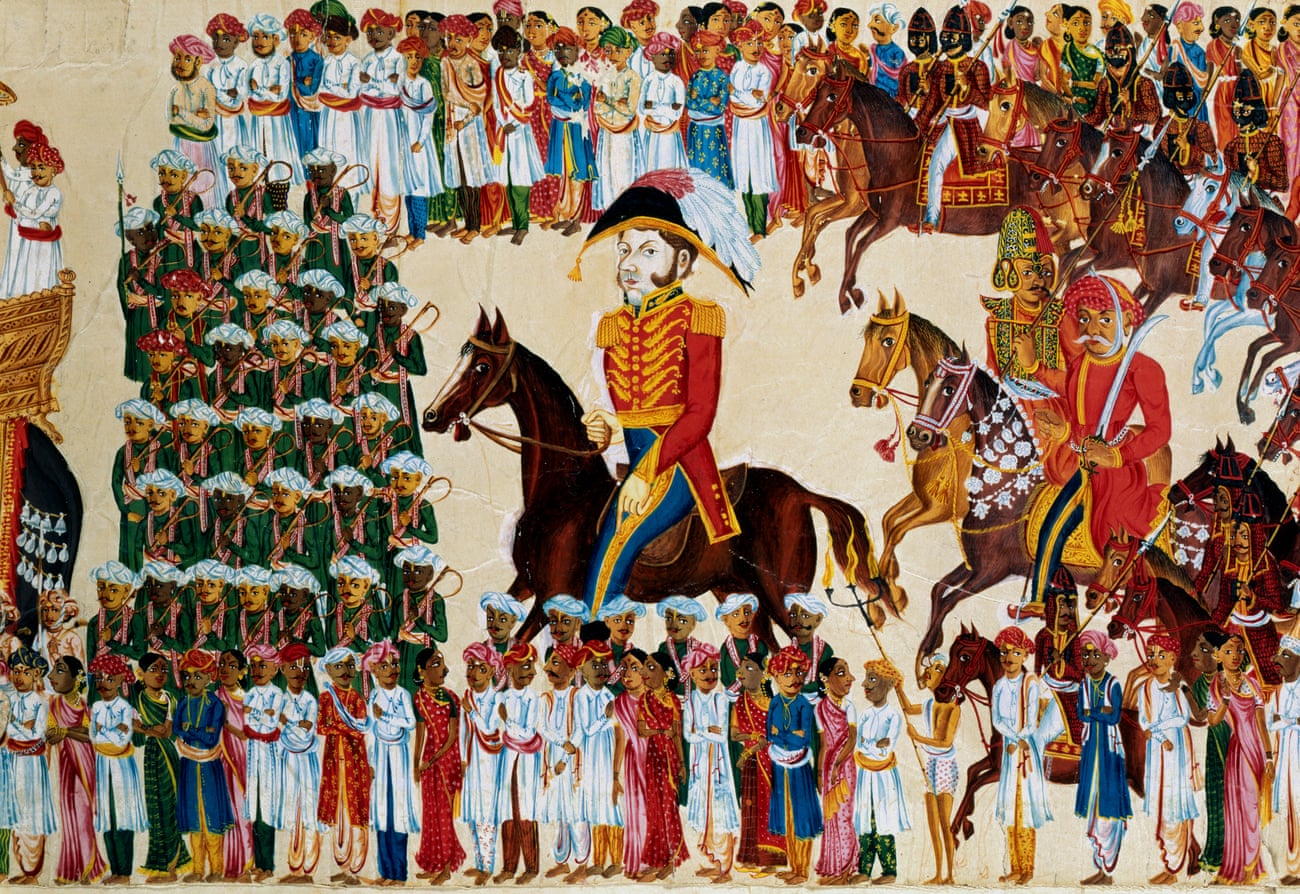 Amartya Sen’s piece over at The Guardian has been on my mind recently. It’s a flawed piece, certainly, but it did bring up something that caught my eye and had me thinking: 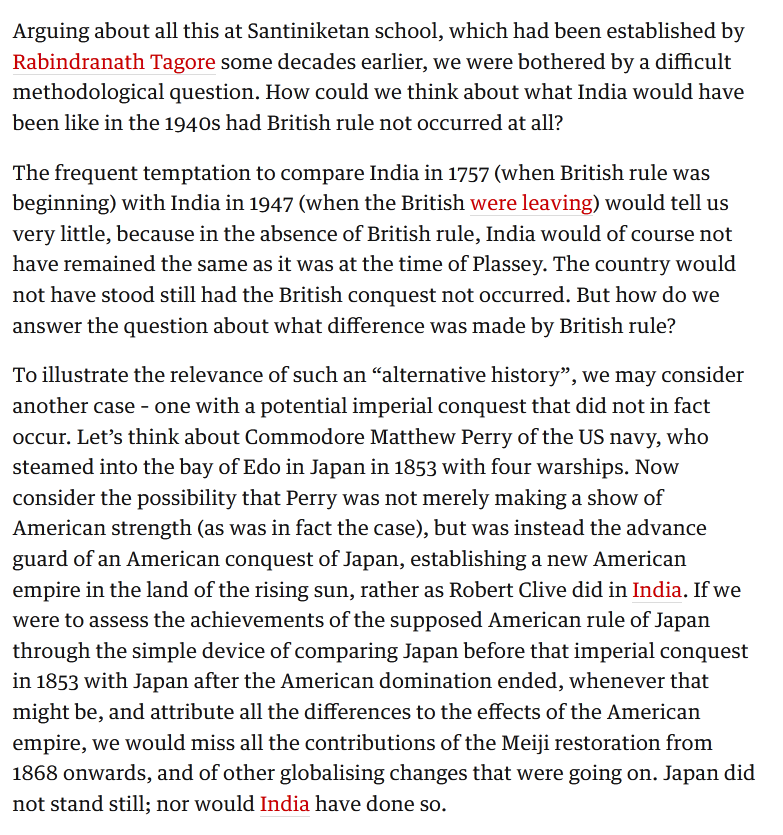 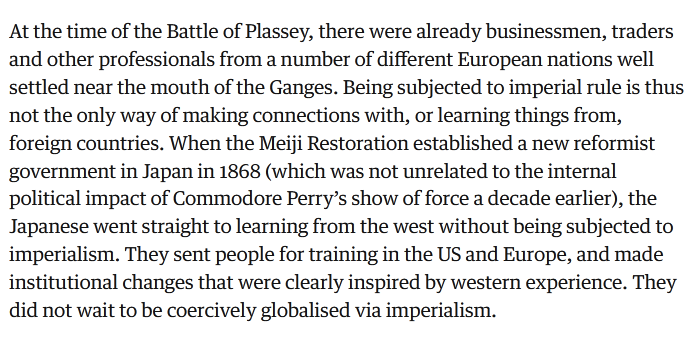 The Meiji Restoration as a comparison point and alternative vision of a path forward for a nation rather than being colonized and destroyed by imperialism when confronted with Western Power.

Obviously the actual India/Japan comparison completely breaks apart and shatters if you put a second’s historical consideration into it. Japan is a much smaller Island nation, and a historically much more unified one. What Tokugawa Ieyasu did and managed, forming the Tokugawa Shogunate, uniting the nation for a good 250 years, is a context vastly different to that of India and cannot be compared. India was much more vast, much more divided, and a land in a wildly different position. The transition that Meiji Restoration marked from the Bakumatsu, with the stripping of power from the Shogun, the end of the samurai, the introduction of much that would go on to create the basis for what the nation would become is a context very specific to Japan. That kind of shift is largely implausible for a nation with the history that India has. But that said, what Sen is offering is a fantastical musing, one not unheard of before, which still touches me.

And despite Sen being an older gentlemen far removed from my generation (he’s in his 70’s), with an inevitably different experience and perspective to those of us who came after and inherited a vastly different India, this is a fantasy I can grasp the appeal of. I get it.

So much of who we are, who we’ve become, the path we took, feels inevitably tied to what was done to us, what happened to us. So much of our identity, including the intense nationalism that now threatens to destroy us, feels like a reaction and response that exists in the form it does due to the shame and horror of the past. There are ideas and assumptions many hold now, which they don’t even know the origins of and don’t even question. And they’re ideas and assumptions we only have, at least in the current forms we do, because of what was done to us. To possess insidious ideas that we accept as our own, never knowing their origins…it’s terrifying.

Who could we have been, if not for this? What have we become because of it? This is what I think about a great deal. I suspect it will haunt my writing, whether it be critical essays or fiction, for ages to come. It is a ghost I can’t live without.

That said, as I type the above, I’m also keenly aware that as much as people like me wonder about a different path and future, one not forged in genocide, colonialism, and imperialism, what I’m saying also greatly appeals to the right wing, to the nationalist scumbags. This is the tricky tightrope, wherein the fascistic shitbiscuits, as right wingers are wont to do, are able to take anything under the sun and project the most monstrous(ly stupid) version of it. The Hindutva chuds (or Bhakts as they’re otherwise called) sure would love a fantasy of The Perfect Supreme Indian People whose every single problem can only be traced back to outsider powers and interventions, without which we’d take our rightful place as The Greatest. If that feels like a monstrous warping and reduction of what I was expressing prior, well, that’s how idiots operate.

I asterisk my thoughts here with the mention of the right wing because they are indivorcible from everything, especially now, as we watch the evil Modi government and administration (BJP- The Bharathiya Janata Party/The Indian People’s Party when translated) mishandle the situation with Covid, leading to the deaths of countless people. The monster is far more concerned with Elections, stripping everything he possibly can for parts and selling it off to his billionaire Corporate Pals, and placing further unconstitutional and dictatorial policies into place. He’s made off with more money than any of us can ever dream of, which will last his heirs and lineage for probably until the day the planet dies. But of course, he, and his goons, are more than happy to purely put all of his evil, particularly during the pandemic, on foreign powers, dusting their hands of any responsibility or blame.

The dipshit who loves to say ‘India First’ and pals about with Trump, the bigoted religious zealot out to divide and destroy an entire people, whose platform involves demonizing and destroying anyone who might be muslim, the mass-murderer with blood of millions on his hands, he’d love nothing more than the rhetoric of victimhood. Of the utterly helpless India, of him not being able to do anything, of him being innocent, doing his best, and it’s all everyone else’s fault. People like him dream of ‘Ram Rajya’ (Ram’s Reign/Kingdom) which, to put a Western lens comparison on it (which I prefer not to, but alas), would be something akin to ‘Camelot’. The supposed Golden Age of the past, a yearning to resurrect this dreamed up construct, which in their eyes is Hindu Supremacy.

[Ram, for those unaware, is the 7th Avatar of The 10 Avatars Of Vishnu, who is The Preserver, who maintains balance. Ram is The Good, Ideal King, and protagonist of the key religious text The Ramayana.]

I think about all of this because to be free, to be better, to forge a path forward, to dream of alternate visions that never were, means reckoning with the evils of one’s own people, the demonic and monstrous ideas, the Asuras, of our own minds and making, which plagued us before, and continue to plague us since. How do we escape all that? What worlds could there be beyond this one, beyond Imperialism, beyond Hindutva?

It’s a hard question without simple answers, because even looping back to The Meiji Restoration, for all that one may look upon that as a nation standing against Western power by itself, it’s also the bedrock for much of the problems that would go onto plague the nation. The unifying nationalist rhethoric, which returned power to the Emperor, which marked a new age, would lay the groundwork for and soon become the means by which Japan would exert its own monstrous imperialism. The numerous evils Japan committed, from its imperialism and the horrific situation of ‘Comfort Women’, to other crimes and actions which were cruelties in exercise of its own terrible power, these are all the realities that followed The Meiji Fantasy. For steeped in any narrative of a nation’s own empowerment and power, particularly placed against other nations, is the easy road to nationalism.

One can’t look at today’s modern Japan, especially as forged by Shinzo Abe in the past decade (as the longest serving Prime Minister to date), and not see these realities. Abe’s a key figure in the Nippon Kaigi movement, who are all right wing nationalists, and hold great influence and power. The Nippon Kaigi boldly proclaim themselves to be monarchists, who seek to craft a new constitution recalling The Meiji Era, stripping back the rights of its people, focusing on them as subjects with duty to the great nation. They are all for The Glory of the nation, while being selective of its history, erasing its horrors, as textbooks which decades prior bore details of Japan’s crimes and comfort women no longer do.

That’s the thing about fantasies, isn’t it? What follows from summoning them into existence, into actuality, can be rather horrifying. It’s why I can’t even consider the fantasy of my people being truly free without thinking about, say, what they have also done in Jammu & Kashmir for ages now, and what they continue to do now, particularly under the will of Modi and his Hindutva grunts. Accelerating the evils there, rolling back Article 370, passing a bunch of nonsense laws through to further perpetuate the monstrosity, all in the name of settler-colonialist dreams, Modi has taken the Indian government to its most monstrous extreme. You know its bad when they literally say “If the Israeli people can do it, we can also do it.” in regards to creating a ‘New’ Kashmir, India’s only muslim-majority state, and about re-settling the Hindu people there. It is also why, people won’t be surprised to learn that during the wider cultural realization in regards to Israel’s colonialist evils towards the Palestine people, the Indian rightwing was all about cheering on Israel and Netanyahu. The hatred of Islam and the general rhethoric used to describe, cover, and treat muslims is one thing the two nations can get on with.

The path from the self-empowerment to oppression-of-others terrifies me, as does seeing and knowing the monstrous policies my own people use, and have used, which echo the very horrific policies used against us all by the British.

I sit with all this, and I don’t really have answers, but it is stuff I think about and mull over a lot, especially as I consider what I wish to write, what I wish to express, particularly in the kind of fiction I want to craft.

In the end I come back to this quote by The King himself, which always sticks with me:

I intended for this to have at least 3-4 more sections, with lots planned to be covered, but alas, turns out I had enough to say on one alone. I’ve already hit 1.8k, and having asked around for advice on the length of these things, it seems wise to stop and save the rest for later. So we’ll leave this entry at that.

If you’ve bothered to read this far, thank you. I promise to actually talk more about comics in the next one, which is why I imagine you subscribed to begin with. See you next time!

[P.S: If you’ve got thoughts on any of the above, feel free to shoot me a reply. All the more so if you feel I may have missed something or gotten something wrong. Always happy to learn or correct, and expand my perspective. But also, what’d you make of this entry? Is this the kind of thing you want more of or less of? Is this working for you? What would you like to see from me moving forward? If you’d be willing, send me a reply and let me know!]

You just read issue #1 of Letters From Limbo. You can also browse the full archives of this newsletter.