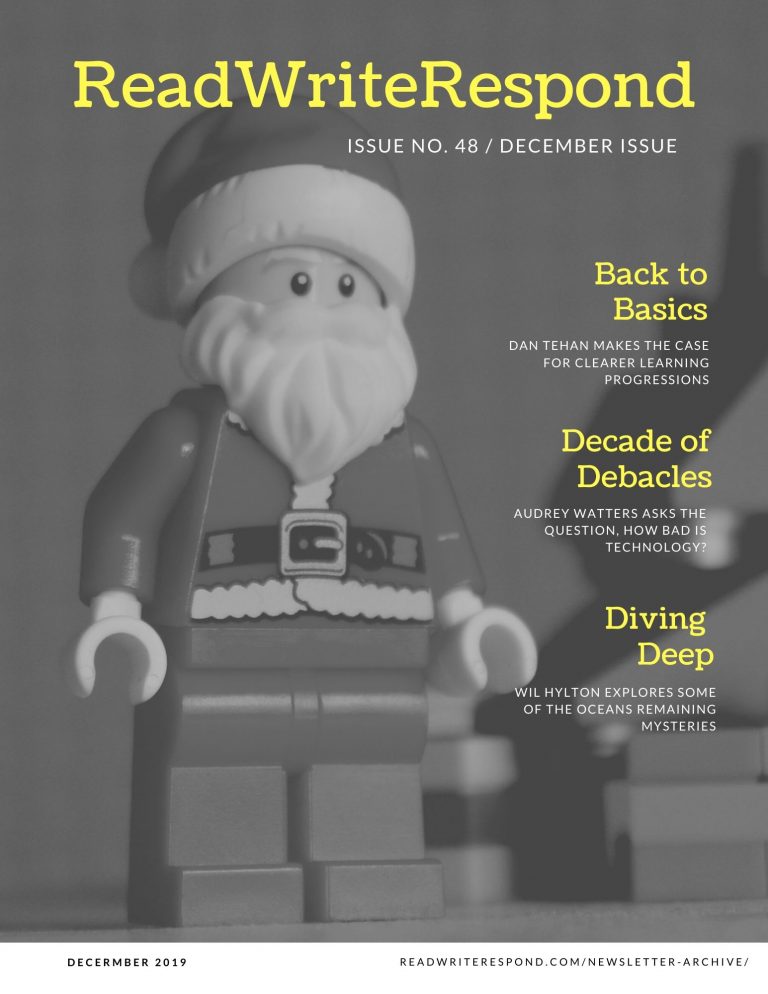 Welcome back for another month.

Just when you think things are busy enough, you find out you were wrong. Somehow I ended up supporting schools with finalising student reports, setting up timetables, recording of literacy data and user access. This is all fine, except when everyone wants you to help them yesterday. We ended up getting there, but there were quite a few long days without any breaks other than grabbing a quick coffee from the kitchen. I am now on leave for a few weeks over the Christmas / New Year shutdown.

On the family front, it was a busy time too. We balanced between community carols, birthday, work functions and Christmas. In between all that we managed to see Frozen II. All this has been brought into perspective as much of Australia burns through summer.

Personally, I read/listened memoirs from Ben Folds and Tim Rogers. I have also been diving into the Take5 Podcast back catalogue, including some great interviews with Damian Cowell, Warren Ellis, Brian Eno, Daniel Johns, Christine and the Queens and Dylan Lewis. Definitely one of my favourite finds for the year. In regards to music, I listened to new releases from Burial and Courtney Barnett.

I also wrote a reflection on what it means to be an educator when you no longer work within a school environment. 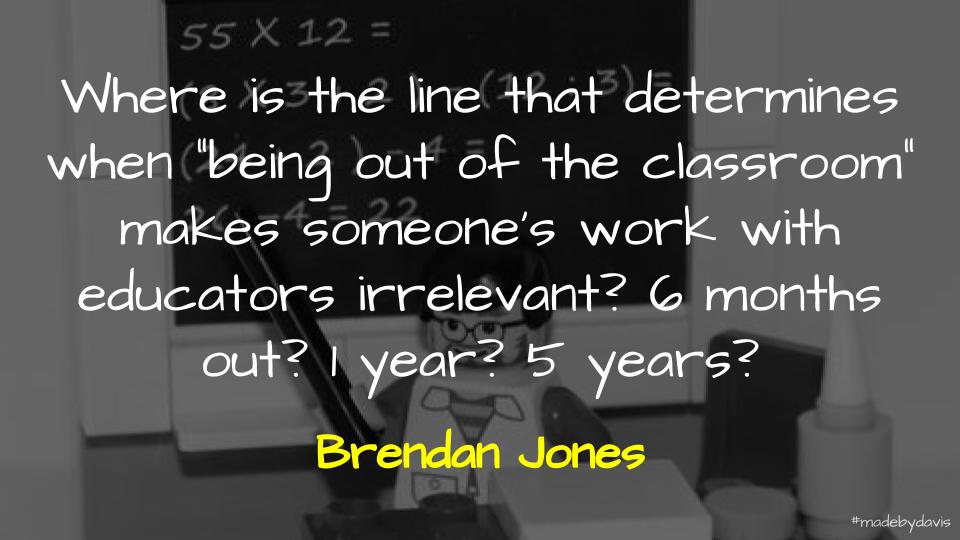 On Being a Teacher - A Reflection on Identity - Read Write Respond

Coming up to three years out of the classroom and not being based in a school, this post is reflection on what it means to be a teacher.

I had a number of other pieces on the go, but they got a little lost in the wash of life. Maybe next month?

Here then are some of the other thoughts and ideas that have grabbed my attention this month:

Education Minister pushes for ‘back to basics’ approach in schools

What if Experimentation & Play Were a Daily Part of the Classroom?

Bernard Bull makes the case for more play and experimentation in education.

MIT asked teenagers what adults are missing about technology. This was the best response.

Taylor Fang provides a perspective of teen use of technology.

Yong Zhao highlights some of the problems with PISA, including what is measured and the implied purpose of education.

The Australian Government has updated the Melbourne Declaration, with a focus on two goals: to promote excellence and equity, as well as supporting students to become confident, creative, life-long learners within the community.

The 100 Worst Ed-Tech Debacles of the Decade

Audrey Watters closes the decade with an epic provocation documenting the worst of ed-tech.

Hannah Reich investigates some of the concerns associated with Netflix proposal to introduce a new variable playback option, including why people desire to speed things up, what this means for films and the impact that has on comprehension.

Kids’ YouTube as we know it is over. Good.

Stuart Thompson and Charlie Warzel dig into the location data scrapped by apps and smartphones.

The sad state of personal data and infrastructure

Jestem Króliczkie unpacks the challenges associated with keeping a record of your personal data and digital traces.

History’s Largest Mining Operation Is About to Begin

In light of work by the International Seabed Authority, the United Nations group put in charge of mitigating damage on the seafloor by mining, Wil Hylton takes a dive into the depths of the ocean to uncover some of the remaining mysteries.

What we get wrong about time

Claudia Hammond explores the concepts of memory and time and explains how we forget far more than we remember.

If we each spent $200 to help prevent climate change, here’s how we could transform Australia

Responding to the findings of the Australia Talks National Survey, Nick Kilvert and the team at the ABC speak with a number of specialists to identify what they would do now in response to the climate debate.

Beneath modern Melbourne, a window opens into its ancient history

Jack Banister’s paints a picture of Melbourne’s past and the lush waterways that ran through the region.

So that was December for me, how about you? As always, love to hear.