27 subscribers after a week, doubling down on top distribution channels

Wish you have a lovely day! It’s Minh-Phuc building Notion Tweet. This week I have a couple of lessons and changes that I wanted to share with you.

Always put an email subscribe button on your landing page

So, I added a subscribe form to allow people to follow through their email. I used Revue, it’s free and has an API to easily hook into any website. After a week I got 27 subscribers, a small number but exceeds my 1-month-old personal email list.

It’s also a direct way for anyone who came to the landing page to show their interests.

This is true for me and true for a lot of other indie hackers, too. 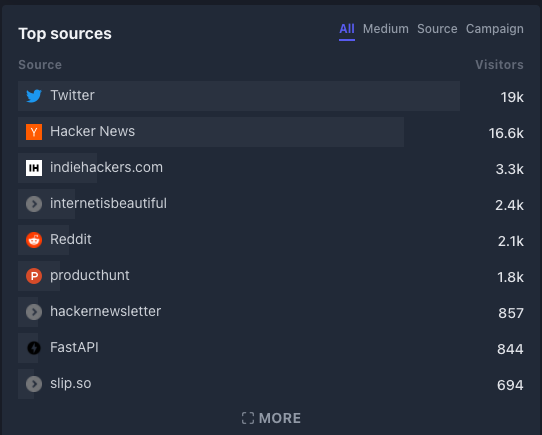 I’m still very new to Twitter but the more I use it the more I see it’s built for this type of activity. Naval said Twitter is best place for micro-blogging. It’s a place to quickly share what you did and learned that doesn’t feel like work (it is still not easy though).

So, if you’re reading this and still don’t have a Twitter handle, consider creating one and just sharing what you learned.

As I shared earlier, Twitter has been the best channel, followed by Indie Hackers. This week, I created a product on Indie Hackers for Notion Tweet and wrote the first milestone. 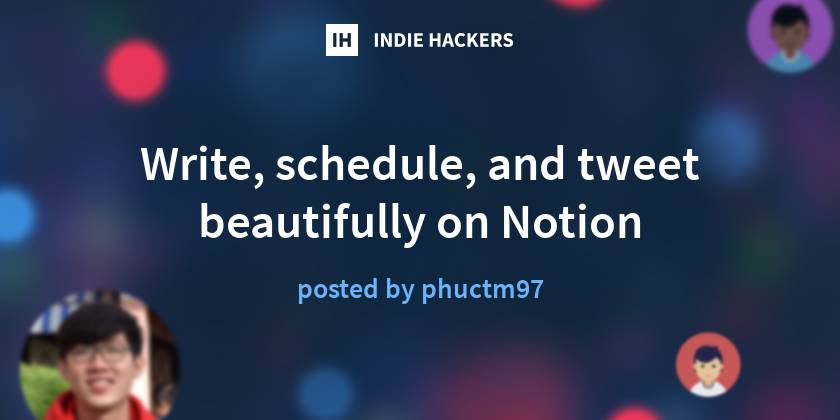 Hi everyone, today I create notiontweet.app on Indie Hackers as a way to document and share my journey, hopefully can connect with awesome folks here. A…

Indie Hackers immediately became my second best channel. And, I got followed by @IndieHackers on Twitter 🥰 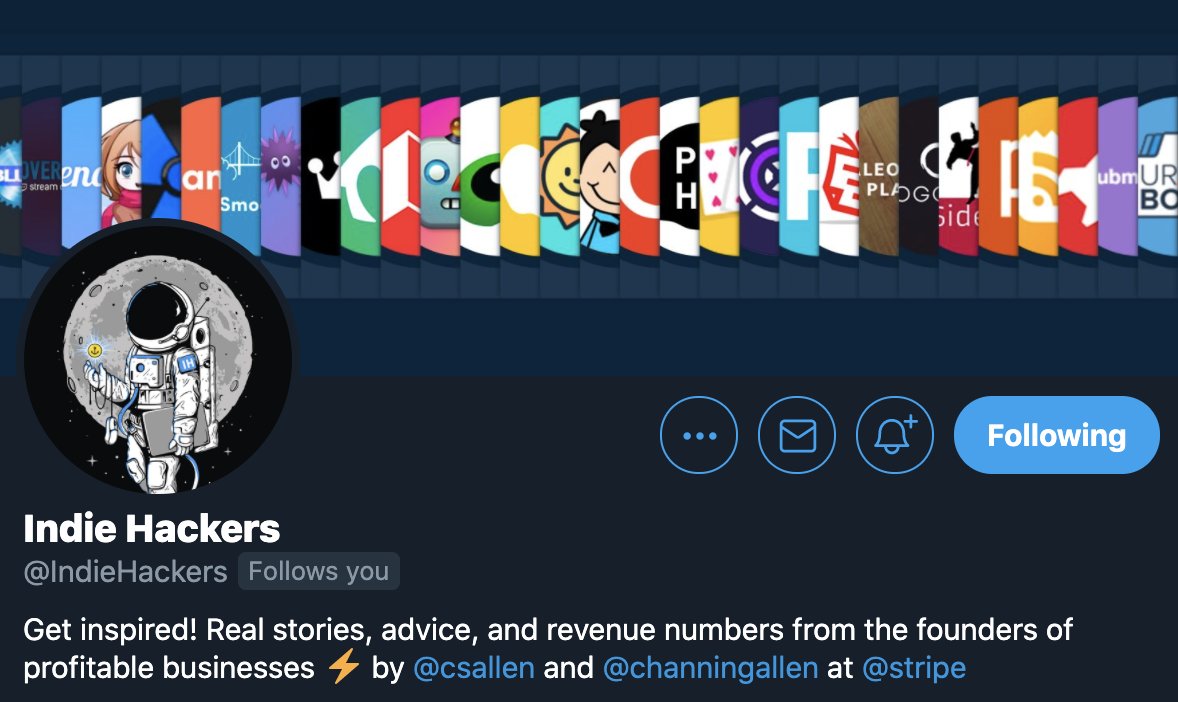 Oh wow, 🤯 look at who followed me. Was so into building and sharing about that I didn’t notice this. It really motivates me. It also says that just find a way to create value and enjoy doing it, people will notice you. Thanks a lot, @IndieHackers 🙏🏻.

Twitter all-in-one tool for Notion users. Write, plan, schedule, and see detailed analytics of your tweets seamlessly on Notion, so you can focus on the creative.

Clearly, these channels are showing better results in significantly less amount of time. Therefore, I decided to spend my time more on the 2 platforms and less on other places, following will be my experimental plan for the coming weeks:

If you have idea and want to hear something different from this email, don’t hesitate to reply and tell me. In fact, I would highly appreciate it 🙏🏻!

That’s it. I hope this change doesn’t upset you. It’s actually my biggest learning recently and I’m so happy making this decision, it helped me realize what and why to build and write certain things on certain channels.

Closing with a note that I’m recruiting early adopters for Notion Tweet, DM or reply to this tweet, I’ll send you a quick chat invite and see how I can help to turn your Notion into Twitter “machine” 😛

👇🏻 Thread to update in public until beta launch. ✦ Notion Tweet brings what you write daily on @NotionHQ to beautiful tweets ✍🏻 ✦ DM or reply to get early access, request features you want, and receive special discounts. #Notion #NoCode #Productivity

Twitter all-in-one tool for Notion users. Write, plan, schedule, and see detailed analytics of your tweets seamlessly on Notion, so you can focus on the creative.

You just read issue #7 of Sunday Snippets. You can also browse the full archives of this newsletter.