The Newsletter Leaf Journal XXXIX 〜 The Spirit of the Founding

This newsletter comes to you from the waterproof keyboard of Nicholas A. Ferrell, editor of The New Leaf Journal. In case you have forgotten (or were hitherto unaware), The New Leaf Journal is a growing online writing magazine. In a slightly shorter (and later) newsletter than usual, I bring you our full list of content from the week that was, content recommendations from around the web, and our article ranking from the past Newsletter week. I cut things short after that so that everyone can enjoy their Independence Day (perhaps with some Independence Day-themed New Leaf Journal content).

Leaves From the Week that Was

I published seven articles since our previous Newsletter Leaf Journal. It was a busy week. I hope you can forgive me for taking Independence Day off.

For the first time, The New Leaf Journal’s resident dialogue duo - Justin and Justina - took over our Sunday Around the Web post. Justin and Justina ran into Justin’s high school friend Proton Von while out in the park. Von invited Justina (and maybe Justin) over for a Fourth of July barbecue. Justina wondered why people always grill on the Fourth of July. Justin led the trio into a specious discussion about what types of sacrifices the spirits of the Founders are looking for on Independence Day. 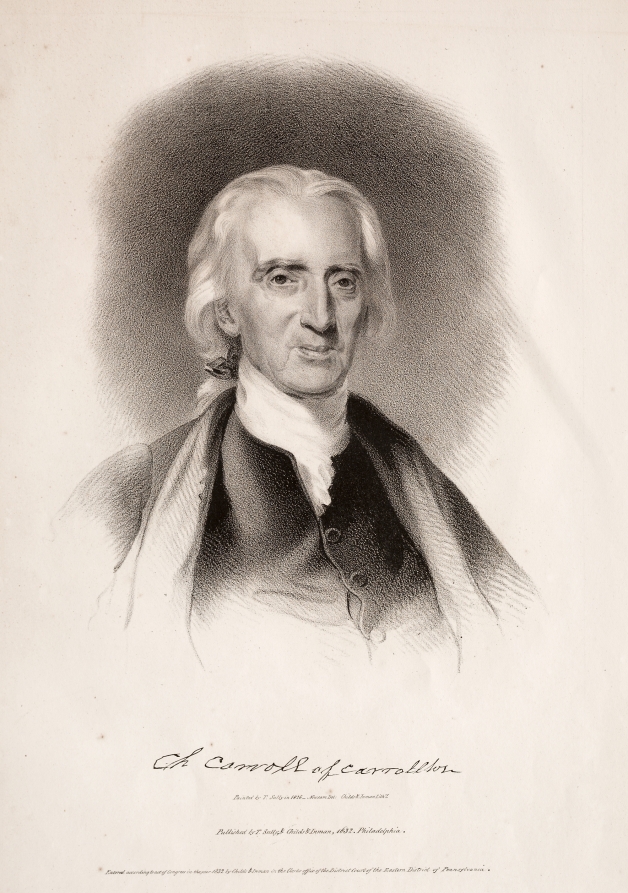 I found a nice little Independence Day poem for children in the July 4, 1882 edition of Harper’s Young People. The article contains the entire original poem and my commentary and context.

While looking for Independence Day content, I came across a short 1923 book containing an Independence Day oration by Charles W. Lyons. Lyons was a Jesuit Priest who served as president of four different colleges between 1909 and 1928. 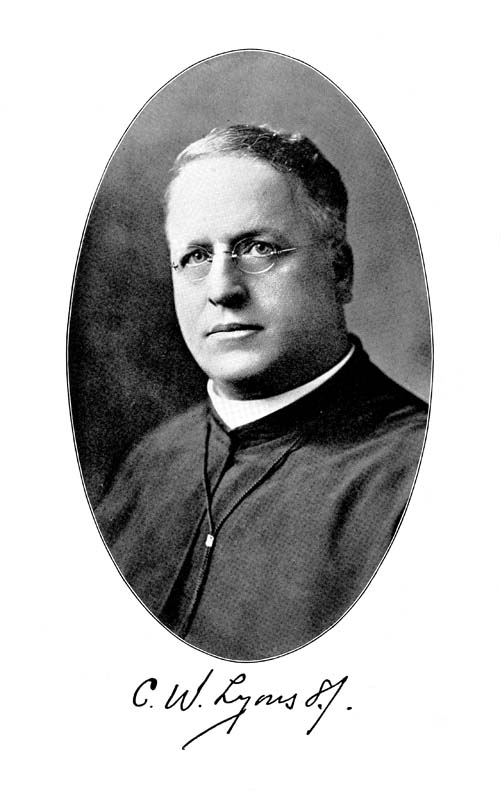 His speech emphasized that the Founders themselves drew inspiration from posterity - and he noted several influential Roman Catholic thinkers on the subject of republicanism.

Although month in review posts are not our most exciting content, I will note that the June 2021 entry in the series was our most robust yet. I covered some of our best content from June 2021 and June 2020 (since June 2020 did not have a month in review post), listed our most-read articles of June 2020 and the second quarter of 2021, and noted several important improvements that I made to The New Leaf Journal. The improvements section of the article also provides a mini road-map for upcoming changes to the site.

The title describes the content well. I will note that in addition to a photo of the Minion sunshade, I describe the area of Downtown Brooklyn where I came across it.

“Calvin Coolidge On Why We Celebrate Independence Day” President Coolidge with one of his predecessors, William Howard Taft, who was then serving as Chief Justice of the Supreme Court.

I focused on the parts of the speech wherein Coolidge explained why we commemorate Independence Day and offered his view on why it is important for Americans to understand the thoughts and perspectives of the Founding generation.

Victor and I rushed to make Independence Day-themed Pokémon teams for a pair of battles. We finally battled last night. In this article, you will not only find two battle videos, but this article’s commentary will feature in-battle quips from me and Victor. 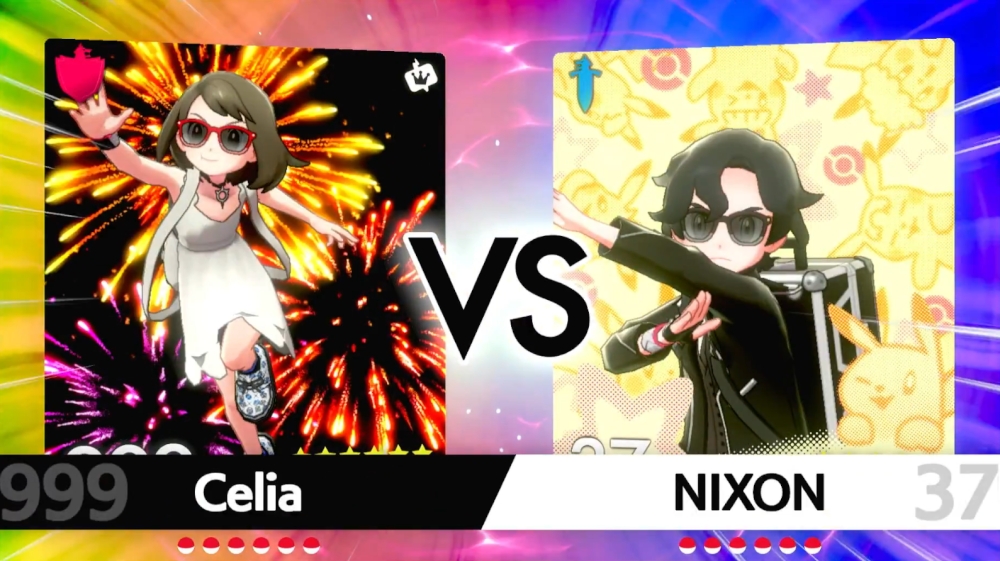 I was Celia. Victor was NIXON.

I won both battles, but it was interesting for us to compete with Pokémon that the other had not seen before. No prior knowledge of Pokémon is necessary - the post includes links to sections of my earlier content wherein I provided a general overview. It also includes Victor’s eco-warrior commentary.

I included a bonus challenge at the end of the Pokémon battle post. It requires no knowledge of Pokémon other than looking at Pokémon pictures and considering them in the context of my quiz question. If anyone has an answer, feel free to try it in the Guestbook.

Leaves from Around the Web

I gave you quite a bit of content to work through this week. However, that may not be enough for particularly voracious readers. If you are one such voracious reader, I have six additional content recommendations from around the web.

I saw this story on Hacker News and thought the paintings would be gimmicky. Having reviewed the content, I can happily report that Mr. Horiuchi’s work is legitimately aesthetic. Color me impressed.

“The Slow Web” is an interesting and thought-provoking piece. I do not agree with all of it - neither did Mr. Cheng himself by 2016, as he explained in his update note. However, the post is nevertheless well-worth your slow-reading time.

I am sensing a trend with YouTube. I took special note of how the channel is working to protect its content from further adverse actions by YouTube and China:

“Fearing further blocking by YouTube, they decided to back up content to Odysee, a website built on a blockchain protocol called LBRY, designed to give creators more control.”

That is a good call under the current circumstances. We have featured Odysee/LBRY embeds in three New Leaf Journal articles, including our Independence Day Pokémon showdown and an article on Victor’s original Mondrian song.

As always, I have nothing but respect for the Daily Mail for its descriptive headlines. The post not only has photos of the bridge, but also video of the truck crossing the bridge. Russia is a magical place.

I approve of this idea. Gardens and bees are aesthetic.

“As the summer and autumn months blurred into another wave of the pandemic, my understanding of the needs of the colony grew. I regularly checked the ants as their numbers expanded. I lost hours watching YouTube antfluencers.”

This is easily the best ant farm content I have come across. With that being said, I do not recall reading other ant farm content, much less watching antfluencers on YouTube, so take my endorsement as you will.

I published a pair of Independence Day articles in early July 2020. The second of those articles, a piece on a 1918 speech by Calvin Coolidge, is linked to in my new Coolidge article. For that reason, I will feature our other 2020 Independence Day post.

Early in the day, he received representatives of the Republican National Committee at his home in Indiana. For what purpose did he receive them? The committeemen went to formally notify Harrison that he had been selected as the party’s presidential nominee. Harrison greeted the committee with a speech, and he left no doubt that he would accept the nomination. Later in the day, Harrison received representatives of the Tippecanoe Club. The club members had served in the military under Harrison’s grandfather, William Henry Harrison, and had supported W.H. Harrison in his unsuccessful presidential run in 1836 and his successful run in 1840. Harrison delivered a gracious speech and then invited the elderly men who had long been devoted to his grandfather’s memory and his own career in for private discussion.

Below, you will find the 26th Newsletter Week most-read article ranking of 2021. Newsletter weeks cover the period beginning with Saturday and ending on Friday.

As I predicted last week, the Steam sale for Persona 4 Golden carried my Persona 4 Golden digital artbook review to #1 on our Newsletter Week Rank, ending the Tsuki ga Kirei article’s seven-consecutive week streak atop the list. I will tentatively predict that Tsuki ga Kirei will return to the top spot next week, with its performing strongly as the calendar turned to July and the Steam sale ending on July 7.

The most notable thing about this ranking is not first or second place, but third. What is my space-filling article about a miniature stop sign doing at third? Moreover, I must note that it actually led the ranking into Tuesday. Let it be said that Hacker News can be a surprising place.

I normally include a section on news, notes, and anecdotes. Today, I will only write a condensed version. I am finishing this newsletter late on Saturday because it took me a bit to finish publishing the Independence Day Pokémon battle article. It also took me a while to prepare for that battle. As I noted in the article proper, I only finished putting my team together on Friday night, right before Victor and I recorded our two online battles.

Therein concludes this week’s anecdotes. For other news and notes, I refer you to my June Month in Review post, which included previews of site improvements to come in July.

Thank you, as always, for reading The Newsletter Leaf Journal. I hope everyone has a happy and healthy Independence Day (or had, for people reading this after the fact). Whether you are reading this on Independence Day or later, let us take the advice of the eminent Charles W. Lyons and Calvin Coolidge and reflect on the courage, inspiration, and wisdom of the Founding Generation that produced the Declaration of Independence and the Constitution and brought the United States into being.

You just read issue #40 of The Newsletter Leaf Journal. You can also browse the full archives of this newsletter.