We published five articles here at The New Leaf Journal over the past week, beginning with Sunday the second. Below, I will go through our new content from the week that was. 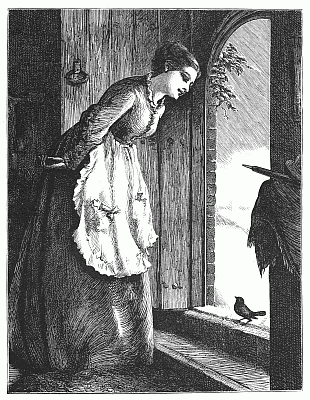 Image that accompanied *Good Morning Sir* in the May 1877 issue of The Nursery.

My personal favorite piece of content from the four magazines was a very short story called Good-Morning, Sir!, which was published in the May 1877 issue.

The first story of the many I wrote about is called Naming the Kitten. In that story, a young girl brings a home and asks her older sister if she can keep it. The older sister agrees under the condition that the younger sister must come up with an agreeable name for the kitten. The struggle that ensued inspired my next New Leaf Journal article…

A Dialogue on Naming a Guinea Pig

In my newest Justin and Justina dialogue, Justina brings Justin a guinea pig for his birthday, which occurred on May 2. Of course, Justina insisted it was her guinea pig, and that she was just foisting the responsibility for ensuring that it did not die on Justin. Justin read the article that I had published on his birthday, and he agreed on the condition that Justina could come up with a name for the guinea pig that he agreed with. What would happen if she failed?

You’re mocking the process of proving your responsibility. I won’t accept laziness. Either you take this seriously or I will end up taking care of your guinea pig for the rest of its life while you accrue all the perks of owning an adorable pet without any of the responsibility.
-Justin

Wait… is that not exactly what Justina was aiming for?

The Poor Little Bird was described by its creator as a digital picture book. This is an accurate description.

The creator's description of "The Poor Little Bird" in the game's postscript.

The Poor Little Bird is a short story that takes about 10-15 minutes to read. It is accompanied by still backgrounds and pleasant-enough background music.

Nineteen years to the day of its original release in Japan, I authored what is likely the most comprehensive review of The Poor Little Bird. Despite some flaws in its story-telling, it is a nice project. The story is free to download, although you will need a torrent client in order to obtain the files. It is worth adding to your collection if you ever download some of the other projects published on Insani and the al|together project sites. The download links are available in my article.

On May 6, 2020, my New Leaf Journal colleague, Victor V. Gurbo, published his rendition of the song Love Henry to The New Leaf Journal. Victor had wanted to illustrate that the central theme in Love Henry - a jilted lover going mad - was ubiquitous in many forms of media. He asked me for the name of a certain anime that he recalled having heard me mention that I knew to be School Days. Victor had (and has) never seen School Days. I, however, am less fortunate.

I had meant to write this article for a long time. In fact, I think that I referenced the project in one of my newsletters from July or August 2020. I used the one-year anniversary of Victor’s Love Henry post as a quasi-deadline to finally publish this project.

Unlike the anime series that I recommended for anime fans and non-fans alike back in December, School Days, which originally aired in 2007, is not a good anime. It is, in fact, a train-wreck. Not content to leave it at that, however, I offered a detailed summary of the events of the show before analyzing, in some detail, where I think the show went wrong.

Why would anyone care about School Days? The show itself turned into something of a meme due to a series of circumstances. The final episode, which ends with one of the main characters cradling the head of her departed lover on a boat, was delayed because a Japanese girl had made national news the day before it was set to air by murdering her father with an axe. In lieu of the episode, the TV network aired a show that displayed pictures of calming and pleasant things. That show included a 90 second clip of a Norwegian boat that looked a bit like the boat at the end of School Days sailing merrily down a river. 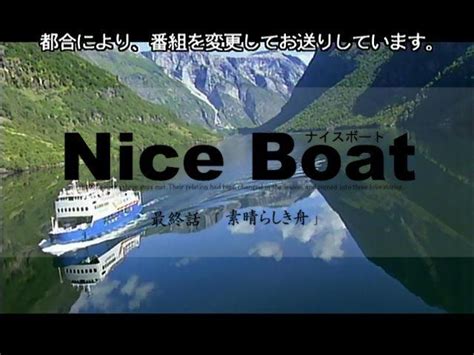 A meme was born.

Only President Duterte Can Swear

“In the area of diplomacy, there is no place for cursing. Only the president can curse, no one else can copy him.”

My article discusses the events that led to the articulation of this hitherto unknown rule of conduct for officials in the cabinet of the President of the Philippines, Mr. Rodrigo Duterte.

Three of the articles that I published during the last week were quite long. Those of you who decide to try The Poor Little Bird or, in a bout of self-loathing, watch School Days, could probably fill a whole weekend with our content (don’t forget to go outside). But what if you are a quick reader? Below, I will recommend several articles from around the web for your reading pleasure. All six of this week’s recommendations were published in the past week.

“How China Turned a prize-winning iPhone hack against the Uyghurs”

The Chinese government banned its cyber-security researches from participating in overseas hacking competitions. It then held a domestic hacking competition. The winner of the inagural 2018 Tianfu Cup discovered a way to take control of iPhones. You’ll never guess what happened next.

I for one am shocked.

I have argued that treating people as products is an undesirable state of affairs. So, too, is vitiating the privacy of children.

At the very least, local and federal authorities need to account for what information is being collected about students from apps that schools are requiring the students to use. Will that happen?

All remained largely quiet on the Western Front, however.

Having covered a nice boat in a 6,000 word article, it is only fitting that I should share an article about a photo of a pair of very nice planes. As the headline at Defence Blog promises - the featured photo is indeed quite impressive.

“No-Tracking Search, How Does it Work?”

I am planning to publish an article on alternative, privacy-friendly search engines, in the near-future. I covered many of the search engines that I will write about indirectly in my review of the Wutsearch search engine launchpad. 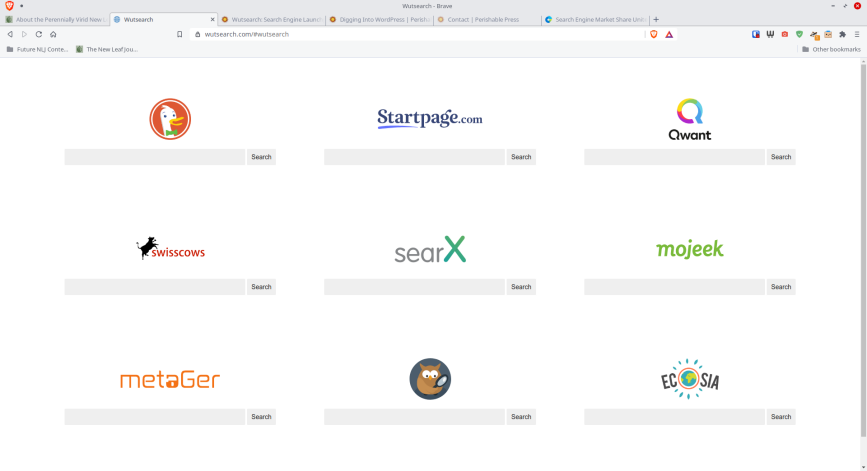 The Wutsearch search engline launchpad in action. You can see Mojeek on the far right of the middle row.

Mojeek, which I noted in my Wutsearch review, is a UK-based privacy-friendly search engine that uses its own search index. In this blog post, Mojeek explains how it compiles its results.

I have used Mojeek a little bit. It is an interesting project and has strong privacy principles. With that being said, I do not think Mojeek is quite ready for prime time as a primary search engine (I use DuckDuckGo primarily, but mix in other search engines). It did finally index some of The New Leaf Journal in March, however.

Jokes aside, I use Mokeek from time to time. It is improving and definitely worth following.

“Preliminary findings of a police investigation into the case at the G House Taipei suggest that the unusual incident might have been directed at the restaurant’s owner, who allegedly owes money to the Bamboo Union, [Tapei Police Commissioner Chen Jia-chang] said.”

Incident? Well, the headline does not lie. I try to bring you the news that you would have otherwise missed.

All the news fit to skitter across the floor.

Might I suggest G House Taipei invest in some house centipedes?

My review of The Poor Little Bird was the 300th article published at The New Leaf Journal. With 300 articles, it is easy to lose some (or much) of our older content. Here at The Newsletter Leaf Journal’s Old Leaf Journal, I will shed light on one of our older articles.

“I’m a Little Maxed Out on Existentialism”

Read About Being Maxed Out on Existentialism.

In the summer of 2006, I overheard a gentleman waiting on line at a movie theater tell his date that he was “a little maxed out on existentialism.” I told the story for years. With the creation of The New Leaf Journal, I was able to bring the story to a larger audience. I think it’s a nice short post, but what I was especially proud of was the picture I chose to go with the article.

I could have taken a picture of Cobble Hill Cinema to use as the photo for the article.

That would have made too much sense.

(To be honest, it never occurred to me to do that.)

I needed something grander.

For that reason, I took a picture of a past-its-prime potato in my kitchen.

That potato had no opinion of existentialism.

It never contemplated its own existence.

Not every thought or happening makes it into The New Leaf Journal… at least not yet. Below are some additional thoughts for our lucky Newsletter Leaf Journal audience.

I have noted on several occasions, most recently in my The Little Bird review a few days ago, that I use Manjaro (Linux) as my primary desktop operating system. Since I switched to Linux, I have engaged in some web browser hopping. At the moment, my primary web browsers are Ungoogled Chromium (which I use for The New Leaf Journal), FireDragon, and Falkon. I also use Brave, which had been my primary browser a bit for some specific tasks.

(My primary browser on my phone, Bromite, is another interesting Chromium fork. Bromite is only available for mobile devices, however.)

FireDragon is a fork of LibreWolf. LibreWolf is itself a fork of Firefox, stripped of Mozilla telemetry.

Building Ungoogled Chromium cooks it at about the 60% mark.

For now, I installed Ungoogled Chromium from pre-built binaries. But it would be preferable (especially in staying maximally up-to-date) to be able to build it myself.

There are ways to try to keep the building process from consuming all of my memory, but I went with the simplest approach.

I purchased an additional 16 GB of RAM.

It is supposed to arrive next week.

To be sure, there have been a few other package build attempts that caused some memory issues. Building FireDragon - also from AUR - may have cut it a bit close as well. Since I will be using this computer for a few years, at least (although not 10 years like my prior computer), going from 16 GB of ram to 32 GB is a fair investment.

I write today about another matter, however.

Many restaurants that built outdoor seating in the street allow for water, trash, and many other unfortunate things to collect in, under, and around the proverbial sheds.

Do people not understand that standing water is bad?

It is especially bad for those of us who are loved by mosquitoes.

I look forward to the upcoming West Nile Virus outbreak. Or maybe we’ll get very lucky and have a Yellow Fever spinoff or something.

This will probably be the subject of a New Leaf Journal article in the near future. Consider it a preview for Newsletter readers and subscribers.

Mr. Newsletter thanks you for reading.

Thank you as always for reading (and, I hope, subscribing to) The Newsletter Leaf Journal. I look forward to reporting back to you with more news, notes, and stories in next week’s May 15 edition of our humble newsletter.

You just read issue #32 of The Newsletter Leaf Journal. You can also browse the full archives of this newsletter.