Table of Contents For This Issue

Turning Over a New Newsletter Leaf

Our newsletter being part of The Sample will otherwise have no effect on your Newsletter Leaf Journal experience. If you are interested in signing up for The Sample, you can use our referral link. According to the instructions I received, if people sign up using my referral link, my newsletter will be sent to more Sample subscribers. With that being said, I am not asking anyone to sign up solely on our account - the referral link is only for those who are interested in trying The Sample. Thus far, all of the newsletters I have received have been tech-focused.

Starting next week, I will send The Newsletter Leaf Journal on Saturdays instead of Sundays, barring the occasional holiday or unusual event. For that reason, please check for the newsletter next Saturday morning if you want to read it as soon as possible.

Because of the schedule change, I will only cover this week’s articles through May 1. My May 2 post will be featured in the next newsletter.

This past week was a special week at The New Leaf Journal. Our small-but-growing online magazine celebrated its first birthday. To commemorate the occasion, I published a special New Leaf Journal birthday article on April 27. The post includes a timeline of major events at The New Leaf Journal, a ranking of our most-read articles as of the evening of April 26, 2021, and a new Justin & Justina dialogue with recommendations for articles that received less reader attention, at least according to our privacy-friendly analytics solution. 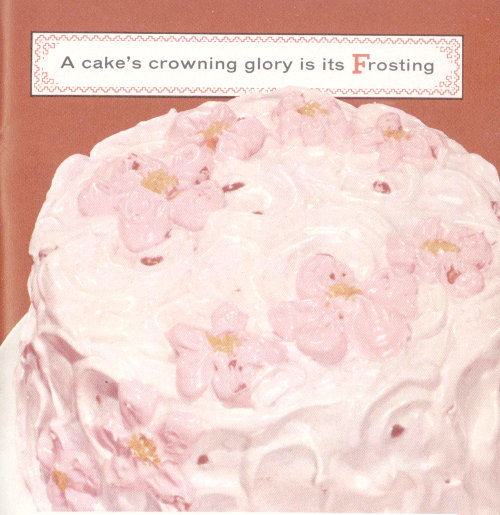 (Caption: A cherry-blossom frosted cake from a 1950s Betty Crocker cookbook - used in my post)

My birthday celebration article omitted coverage of April 2021 because the last day of the month is reserved for our monthly Month in Review article. The April Review post includes links to some of our notable content from the month, a list of our most-read articles, and things to look forward to for May 2021.

The post that I am most proud of this week is a photo shoot in article form. What does one do when he has an antique cigarette box shaped like a piano, two Danbo figurines, a hatching chick figurine (and a large chick), and four Kokeshi dolls? Photo shoot. 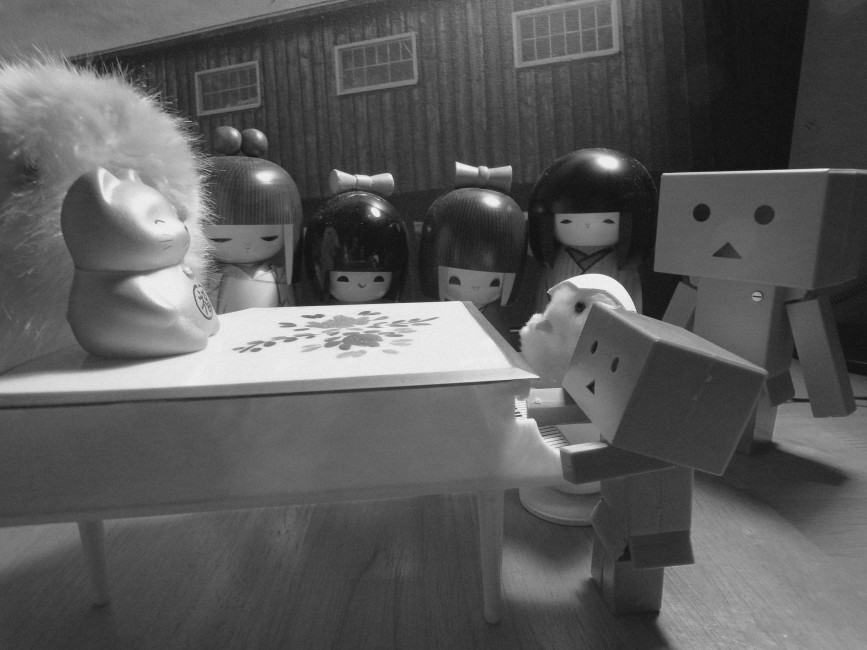 (Caption: One of the nine pictures in my article)

Some of these posts were a bit time-consuming. For that reason, I needed a breather. Last weekend, I came across a very dry Christmas tree reclining in a tree pit in Brooklyn Heights. It is April. How long are people keeping Christmas trees these days? I obviously needed to cover this strange sighting in an article.

One year ago to the day, I published my first New Leaf Journal article under my own name. In Against Half-Way Yogurt Thievery, I told the story of an ill-fated Chobani Flips yogurt purchase in December 2018. The package appeared to be completely unmolested when I purchased it in the grocery store. It was only when I arrived home that I realized that someone had stolen the crunchy toppings from the yogurt. What was peculiar was not the theft itself, however, but the fact that whoever had stolen the crunchy toppings (and left the yogurt side un-touched) actually took the time to conceal his or her handiwork. I note that I was and am always careful with Chobani Flips due to their often being tampered with. To celebrate the one-year anniversary of my first article, I added section headers and an estimated reading time to the original. Not only has my formatting become more sophisticated since last May, but I must also note that the article was published two website themes ago.

I discovered in my New Leaf Journal birthday post that the Chobani Flips article was The New Leaf Journal’s most-read article in July 2020. It was undoubtedly the most peculiar monthly page-view champion in our website’s brief history, and I suspect it shall so remain.

Our Around the Web series started as a project wherein my colleague Victor V. Gurbo and I recommended content from around the internet. After eight editions of that series, I changed to a long-form and topic-focused Around the Webformat. While the longer form format is clearly better for The New Leaf Journal as a whole, I think the shorter recommendation format is a good fit for The Newsletter Leaf Journal. Below, I will recommend six non-New Leaf Journal articles for your reading. All five recommendations were published in the past week.

An effort in the North Carolina State House to repeal the state’s alienation of affection law failed in committee - you can read the story in The News & Observer. North Carolina thus remains one of the six states that provide a cause of action to sue an individual who has an affair with his or her spouse.

The United States, Russia, and China have dominated Wuhan coronavirus vaccine distribution. According to Reuters, Kazakhstan is now rolling out its own vaccine - QazVac. The article notes that more than 1,000,000 people in Kazakhstan have already received Russia’s Sputnik V vaccine and that Kazakhstan has also ordered a large number of doses of China’s Sinopharm vaccine. QazVac is currently in a stage 3 trial, but Kazakhstan states that the results have been good thus far.

Tsubame Sanjo is a manufacturing town in Japan. Unsurprisingly, the past year has had a negative effect on its economy. What could its metalworking artisans due to generate interest in their products? If you guessed create iron-flaked ice cream, you would be correct. The story (and pictures) is available at SoraNews24.

Because my day job is in immigration law, I would be loath to omit news about this week’s Supreme Court decision in Niz-Chavez v. Garland.

The issue involved an immigration statute that requires aliens to have been continuously physically present in the United States for 10 years in order to be eligible for a certain form of relief. For purpose of this requirement, the alien’s physical presence stops accruing after the alien is issued a Notice to Appear (essentially an immigration charging document). In a 2018 decision in Pereira v. Sessions, the Supreme Court held 8-1 that the Notice to Appear must include the time and date of the removal hearing to stop time. It left unresolved another question, however.

A six-Justice majority of the Supreme Court held that the subsequent Notice of Hearing does not stop time. The Court ruled that physical presence only stops with the issuance of a Notice to Appear that includes all of the requisite information, including the time and date of the initial removal hearing. In an article at Volokh Conspiracy, Jonathan Adler discussed the decision in brief and noted the Court’s unusual alignment. The opinion of the Court was written by Justice Neil Gorsuch, and joined by Justices Clarence Thomas (who assigned the opinion to Justice Gorsuch), Stephen Breyer, Sonia Sotomayor, Elena Kagan, and Amy Coney Barrett. The dissenting opinion was authored by Justice Brett Kavanaugh and joined by Chief Justice John Roberts and Justice Samuel Alito (Justice Alito was the lone dissenter in Pereira). Niz-Chavez is an interesting decision that will have real-world consequences in the Government’s enforcement of the immigration laws.

The Biodiversity Heritage Library publishes articles about the priceless texts in its archive. This week, it unearthed a melancholy 1930 article by Dr. Alfred Otto Gross on the last heath hen. The heath hen was a bird that lived in parts of the American northeast. Although efforts were made to conserve the species, they were unsuccessful for a variety of reasons noted in the article. Gross’s article was about the last surviving heath hen, which lived in Martha’s Vineyard. The post at BDH includes a photo, link to the original 1930 article, and other content.

Since The New Leaf Journal is based in Brooklyn, New York, I will conclude with some Brooklyn news. The Daily Mail published a detailed article on an April 29 shooting at the famous Peter Lugar Steakhouse. A gentleman seems to have had a dispute with his cousin and friends. He shot at them, missed, and instead hit two unrelated diners. Fortunately, the shooter was arrested soon thereafter and both victims will survive (one has already been released from the hospital). Police were able to respond quickly because they were already in the area monitoring an anti-police protest. The New York Post reported that the shooter is wanted for armed robbery in North Carolina. It is always who you least expect.

Story Time 〜 A journey from Astoria to Cobble Hill

On May 2, 2016, exactly five years ago to the day, I went on an epic journey with a couple of friends.

I met two friends in Astoria, Queens, because one of my friends - Friend K - was ostensibly buying an apartment there. We walked around Astoria a bit. I had never been to Astoria, but I came away with a good impression of the neighborhood.

Now Friend K was not much of a walker. Friend S and I, however, were more inclined toward walking. It was only natural that we would insist on crossing the Queensboro Bridge to get from Queens to Manhattan. We crossed. Friend K mysteriously started running during the inclined section of the Bridge and slowing down on the decline section. The jog was difficult because I was carrying an open can of ginger ale. But I hung in. 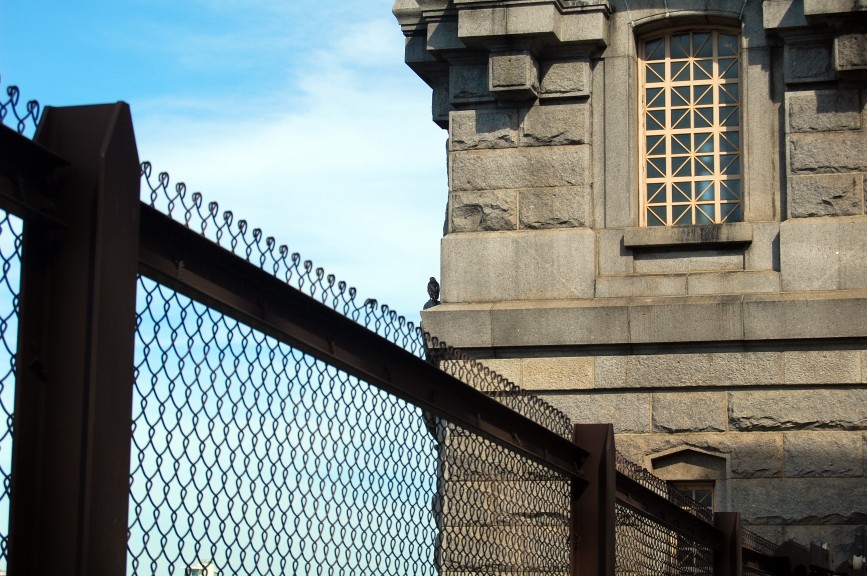 (Caption: A picture of a falcon on the Queensboro Bridge from a 2020 journey - clipped from one of my articles)

Having crossed into Midtown Manhattan, it was only natural that we should then walk all the way back to Brooklyn. By the time we reached Lower Manhattan, Friend K looked like he was near death. I suggested we should let him take the Subway home. Friend S disagreed.

“Leave no man behind!”

We left no man behind.

We crossed the very crowded Brooklyn Bridge in the late afternoon, leaving Manhattan for our third borough of the day, Brooklyn. Once in Brooklyn, we met my New Leaf Journal colleague Victor V. Gurbo at a diner. Friend S brought Friend K a beer as a form of recompense for refusing to leave him behind. What a guy.

After we had dinner at the diner, Friend K was done. He took a train home. The rest of us were not done, however. We walked to Chocolate Room in Cobble Hill, about 25 minutes away, and had dessert. After dessert, Victor and Friend S took the Subway home. I walked back. I was told later that our journey was about 18 miles.

A nice stroll. A nice stroll indeed. In 2019, we journeyed from the Bronx to Brooklyn, but my journey was cut short due to a bout of Roosevelt Island Tram-induced vertigo.

Thank you for reading The Newsletter Leaf Journal. If you are not already a subscriber, consider signing up to our email list or subscribing to our Newsletter Leaf Journal RSS feed, I have some interesting content planned on our main site in the coming week. You can expect to see the first entry in my visual novel review project, a follow-up to Victor’s May 2020 article on Love Henry, and more.

I look forward to reporting back to you with a new newsletter next Saturday.

You just read issue #31 of The Newsletter Leaf Journal. You can also browse the full archives of this newsletter.