The past week was a good week for The New Leaf Journal on two counts.  To begin, we produced a variety of new content, posting articles every day except Saturday.  Second, we achieved our three highest all-time single-day visitor counts on Sunday, Monday, and Saturday.  Good signs, to say the least, although we still need more content with search engine hooks.  But as the saying goes, content is king.  Below, I will review our content from the past week, explain a change in philosophy for our Sunday article recommendations, and conclude with some general news and notes.

Content from the Week that Was (Monday through Friday)

I began the week with my sixth bird-in-review article from the January 1897 issue of Birds: A Monthly Serial, this article covering the cock-of-the-rock.  I vote for it as the most striking bird we have covered thus far, only rivaled by the resplendent trogon.  The content includes quite a bit of external research, so be sure to give it a read if you enjoy learning about our feathered friends.  You can expect the seventh bird article sometime this week.

I was not done with bird content this week with the cock-of-the-rock post.  On Wednesday, I published an article about the introduction of sparrows to the United States, using an 1880 article from Harper's Young People as the prompt.  The post examines when and why sparrows were introduced to the American northeast and how they were viewed when they came here.  Be sure to take note of the charming story therein about a sparrow family that was unexpectedly taken to sea after two parent sparrows made their nest on a boat.

In between the bird posts, I decided that the readers of The New Leaf Journal might be interested in an explanation of the GameStop and Robin Hood situation.  Rather than handle the task myself, I yielded the floor to Justin and Justina for their eighth dialogue post.  Instead of explaining "stonks," however, Justin launches into a unique take on the life and times of Robin Hood, including his formative meeting with "Blob Dylan."  "Blob Dylan"?  Is it not Bob?  I left that issue for my post on Friday. 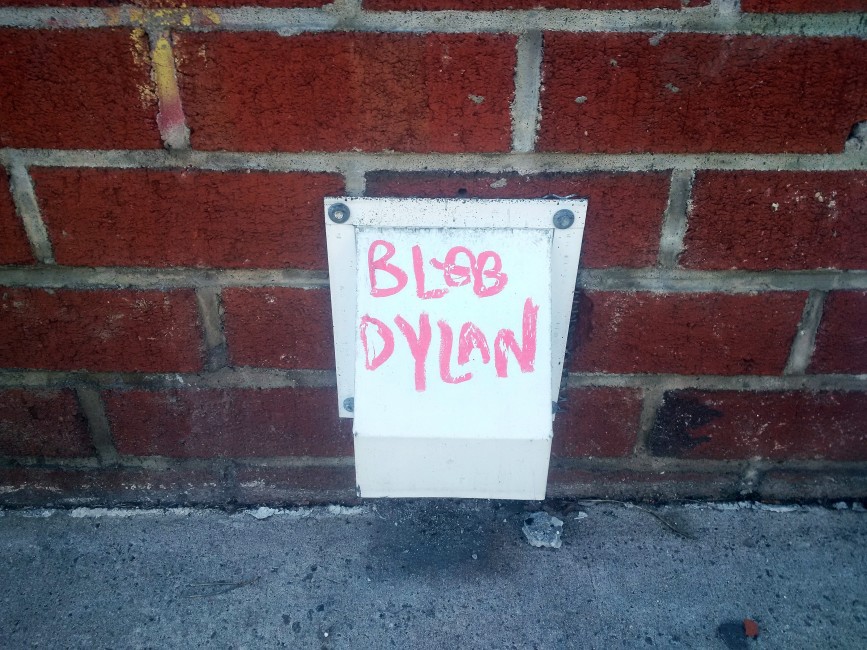 After last week's heavy snowfall in New York City, I went around and took some pictures of snowy sites in Cobble Hill and Brooklyn Heights.  You will find four pictures in my first article on the aftermath of the snow, along with some complaints about e-bikes.  I already have another snow article scheduled for the near future, and perhaps there will be more after today's snow-fall.

I published our ninth Sunday recommendation post this morning.  For the first eight posts, Victor and I recommended several articles from around the web with brief comments on each.  While I like the idea of those posts, one issue for me from a site administrator perspective was that most of them had no clear search engine hook.  For that reason, I designated most of them as "no-index," meaning that I told search engines not to list them at all.  I pondered the issue and decided that it would be interesting to try something new for our next batch of posts.

Going forward, at least for the today's Sunday recommendation post and the next seven, we will do recommendation posts centered on a specific topic.  That is, we will still recommend content from around the web, but all of the content will point to a common idea.

To lead us off, today's Sunday recommendation post is about hair dying policies in the dress codes of certain Japanese schools.  Many Japanese schools prohibit students from dying their hair.  Underlying those rules is the premise that nearly all Japanese students have black hair.  This can lead to difficult situations for and misunderstandings about Japanese students and foreign students who have naturally non-black hair.  Perversely, some schools forced Japanese students with naturally non-black hair to dye their hair in order to conform to the rationale behind the prohibitions against hair-dying.  If you find this confusing, you are not alone.  My post examines several articles on the topic and includes an anecdote from my own American high school years.

I will follow up this post with one example from Japanese media of a Japanese character with naturally non-black hair.  It's more than possible, rare as it may be.

I do hope you like the new Sunday recommendation format, and I will look for some interesting topics to bring to you over the next couple of months.  However, after nine consecutive Sunday posts, the recommendations series will take a break next week.  Why?  Read on to find out.

Looking Forward to the Week to Come

Because next Sunday is Valentine's Day, I will work on some Valentine's-themed content for the next two weeks.  I have a special post prepared for Valentine's Day based on a series of squirrel photographs I captured a couple of years ago.  For now, I will say no more, but be sure to check back with us next Sunday for the heartwarming pictures.

In furtherance of the theme, I am also working on a review of a new visual novel on Steam called LoveChoice.  It is short and charming with some wonderful art and music.  While it is not without flaws, it was an interesting game to play through.  The review should be up sometime this week.

Also in the works for the next two weeks:
Some of those articles will be posted this week.  Others may be pushed to the week after.  Victor and I will also be working on additional content not listed here.  In order to produce more content that may be amenable to search engines, I am also working on some topics for reviews.  Over the next few weeks and months, I plan to review the PocketBook Color e-reader and several interesting computer applications.

Thank You, As Always, For Subscribing and Reading

Thank you for subscribing to and reading The Newsletter Leaf Journal.  I look forward to another week of researching and writing unique content. Until next Sunday.

You just read issue #19 of The Newsletter Leaf Journal. You can also browse the full archives of this newsletter.