The Newsletter Leaf Journal XLVII 〜 From the bottom of the newsletter

After only publishing three articles last week, I returned to a more normal schedule with five new articles this week. The second of those five articles was the second or third longest ever published at The New Leaf Journal - albeit less than half the length of our longest-ever post. You will find my new articles below.

“Visual Novel Review: From the Bottom of the Heart (Negaeba)” 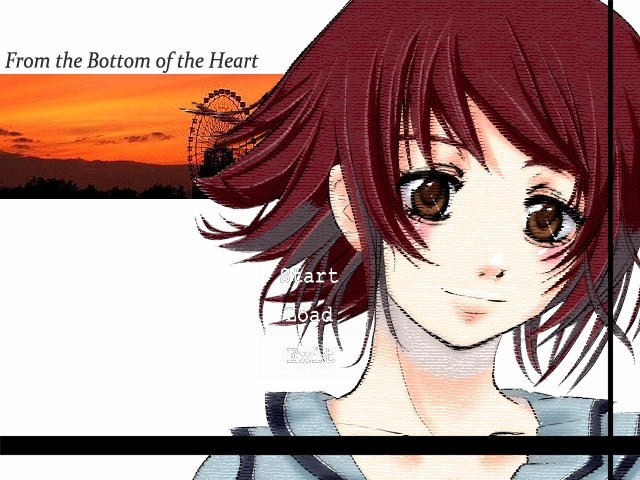 Title screen for "From the Bottom of the Heart"

From the Bottom of the Heart is a short free 10-minute visual novel that was released in Japan in 2006 (think of it as a video game, but one with nothing but still images and text). It was translated into English in 2008. In this post, I wrote a spoiler-free review of the very short story. This review led to my longer, spoiler-filled analysis of the story. You can download the free game here if you are interested in trying it.

I was originally going to combine by spoiler-free review of From the Bottom of the Heart and my analysis into a single article - much like I did for my review of the similarly short The Poor Little Bird back in May. However, it turned out that I had quite a bit more to say and analyze on the subject of the story of From the Bottom of the Heart, so I posted my analysis in a separate, full-length article. 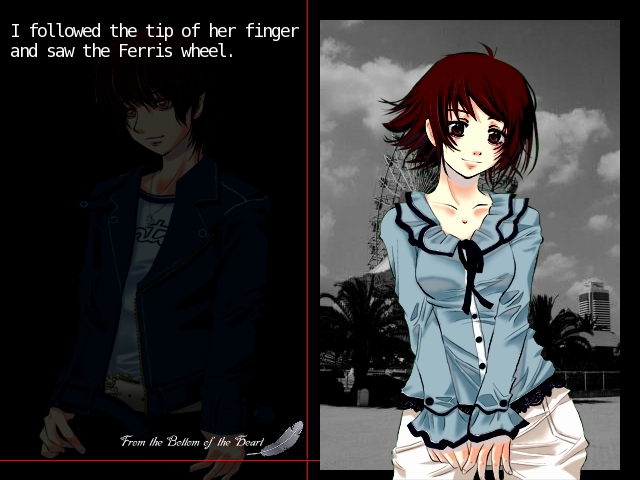 The main characters in "From the Bottom of the Heart" at an amusement park.

In light of the fact that the story is easy to download and takes about 10 minutes to read, I strongly recommend playing/reading through it once on your own before reading my lengthy analysis - assuming that my spoiler-free review catches your interest.

“A Study of Strollers and Single-File Sidewalks in Brooklyn”

Many sidewalks in Brooklyn are designed for no more than two-abreast. Thus, when a couple with a stroller approaches at least one person walking toward them, the couple must fall into single file. The way this tends to happen with the couple puzzles me. I turned by puzzlement into an article. 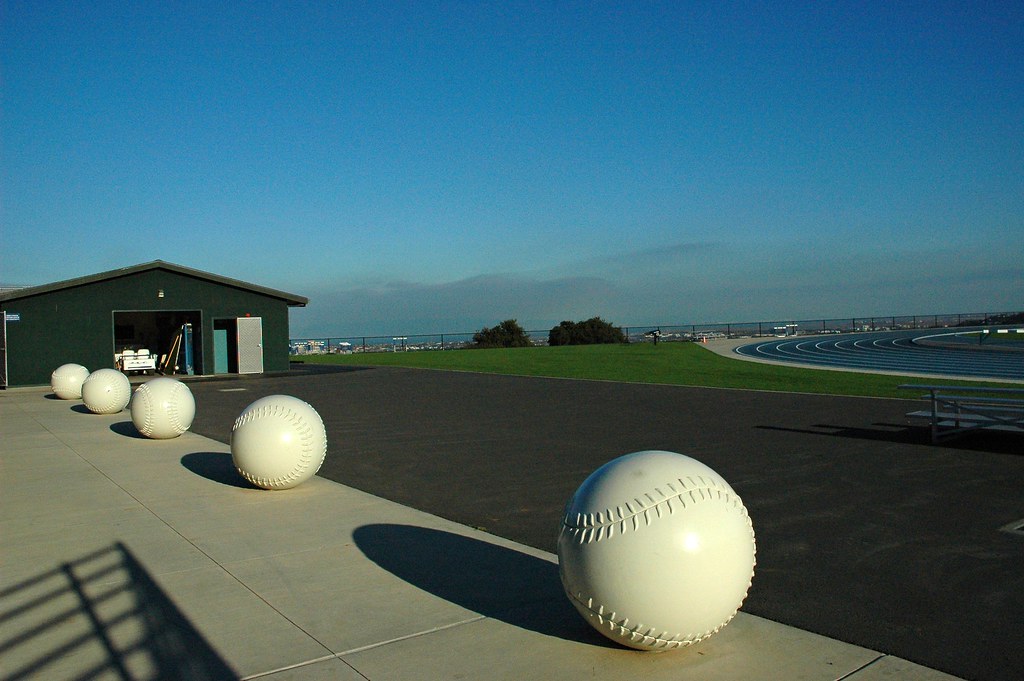 "baseball field" by Wonderlane is marked under CC0 1.0. To view the terms, visit https://creativecommons.org/licenses/cc0/1.0/

Casey at Bat is perhaps the most well-known American sports poem. Did you know that it had a sequel? Casey’s Revenge is not a true sequel, I suppose. While Casey at Bat was written by Ernest Thayer, Casey’s Revenge was written by the renowned sportswriter, Grantland Rice. Rice described it as a “reply.” In Casey’s Revenge, the fallen Casey and his team are in a slump after his whiff in Casey at Bat. Casey takes the plate in almost the same situation against the pitcher who struck him out in the first poem. Does Casey obtain his revenge? I reprinted the poem in its entirety in my article (along with Casey at Bat) - so you can find out there. 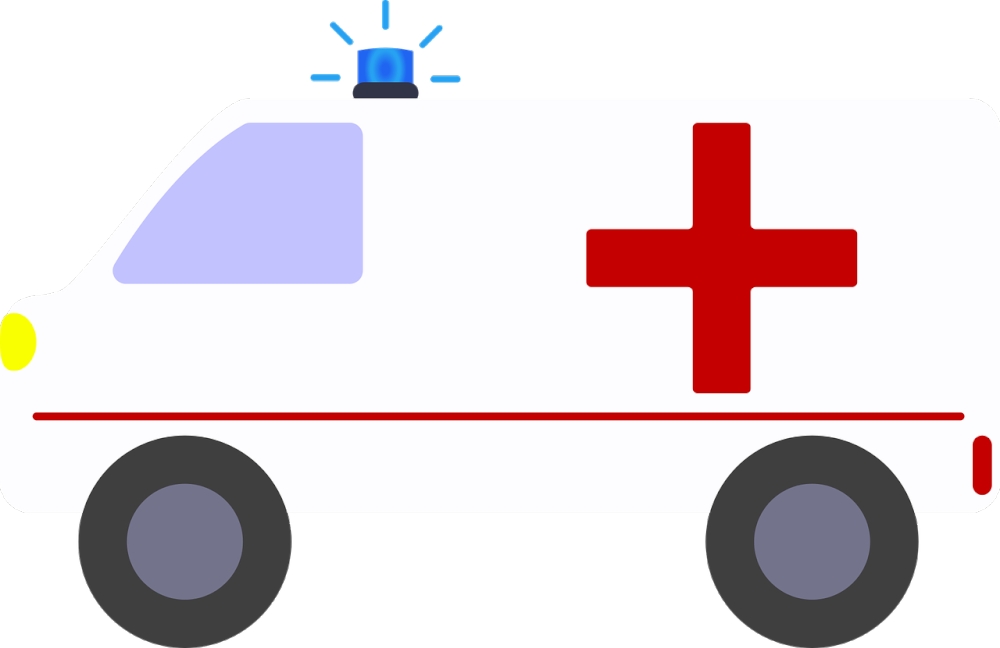 Image by Ricarda Mölck from Pixabay

Siren lights on an ambulance are useful for telling cars to get out of the emergency vehicle’s way. But what about when the sky is dark and an apparently unoccupied ambulance has its siren lights on while it is parked outside of an emergency room? Justina describes it as seizure-inducing. Justin sees something brilliant. I published their cerebral exchange in my second Justin & Justina dialogue for August.

I provided you with a fair amount of New Leaf Journal content this week - especially if you read my very long analysis of From the Bottom of the Heart. But perhaps you need more content. Fear not, below you will find links to six articles from around the web.

The Oregonian: “An Alabama man thought he’d been shot by an intruder. It turns out it was his wife’s boyfriend secretly living in their house.”

Wild story. Fortunately the Alabama man survived being shot (as did the intruder, who was also shot).

Mr. Ethan Strauss wrote a long article in his Substack newsletter about Nike’s dramatic shift in marketing strategy over the last several years. An excerpt:

“For all the talk of a racial reckoning within major industries, Nike’s main problem is this: It’s a company built on masculinity, most specifically Michael Jordan’s alpha dog brand of it. Now, due to its own ambitions, scandals, and intellectual trends, Nike finds masculinity problematic enough to loudly reject.”

It is a thought-provoking piece. I agree with some, but not all, of Mr. Strauss’s conclusions, but it is well-written and well-worth reading.

With all that being said, between Nike’s uncomfortable relationship with China and its running some very shady camps, its hectoring ads are not quite at the top of its list of problems.

(However, were I to rank Nike ads, I would have to note that Mr. Strauss missed the best Nike (and sports) ad of all time: Tiger Woods’s golf ball bouncing trick.)

SoraNews24: “Russian man who swam to Japan was reportedly kicked out of Japan in 2011 for visa violation”

On the surface this sounds like another bizarre story. To be sure, it is a bizarre story. But Mr. Blaster notes an interesting diplomatic issue in that the swimming Russian man appears to have started his journey to Japan from disputed territory claimed by both Japan and Russia.

An interesting legal analysis of the Supreme Court’s recent decision on the Federal eviction moratorium.

"google-apple" by tuaulamac is licensed with CC BY-NC-SA 2.0. To view a copy of this license, visit https://creativecommons.org/licenses/by-nc-sa/2.0/

This certainly raises no questions.

But I did not include this article to raise obvious questions.

Instead, I posted this article to remind you that I wrote an article about alternative search engines.

I may as well convert some of my day-job reading into Newsletter Leaf Journal content. Religion is a complicated issue in the majority-Muslim former Soviet states in the Caucuses and Central Asia. Kyrgyzstan is no exception to the rule, as this article illustrates. 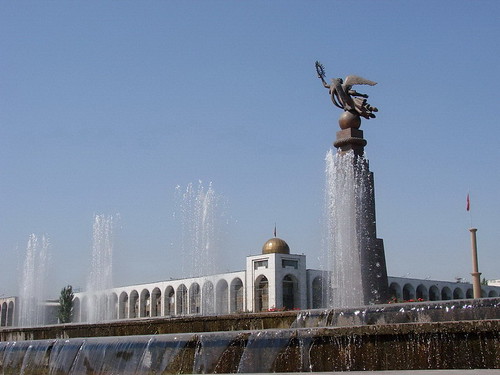 "in Kyrgyzstan" by PORTAL WWW.NEWS-OF-RUSSIA.COM is marked with CC PDM 1.0

An article from our archive…

Before August 2020, I wrote week-in-review articles. This humble newsletter, which launched in July 2020, obviated the need for weekly update posts (as did the fact that the site became more stable). At the end of August 2020, I decided to switch to month-in-review posts. My first such post was not as full-featured as later monthly review articles, but it was the first. It includes links to a number of our articles from August 2020. In the conclusion of the article, I pledged to write 30 articles in 30 days in September 2020. I followed through on that promise… and then never promised again.

Below, you will find the top-five most-read articles of the 34th newsletter week along with publication and ranking information about each article.

Victor’s essay on Bob Dylan’s singing voice fell out of the top five after two consecutive weeks on top of the ranking. In its stead, Victor’s mask review, my piece on the meaning of Tsuki ga Kirei, and my review of the Persona 4 Golden digital artbook all moved up one spot in the rankings. With its ninth first place, Victor’s mask review regains its crown for having the most first-place rankings in 2021.

My piece on finding RSS feeds for Substack newsletters made its debut in our newsletter week rank after finishing just outside the top five on several occasions. It is also almost assured of placing first in our monthly top 10. 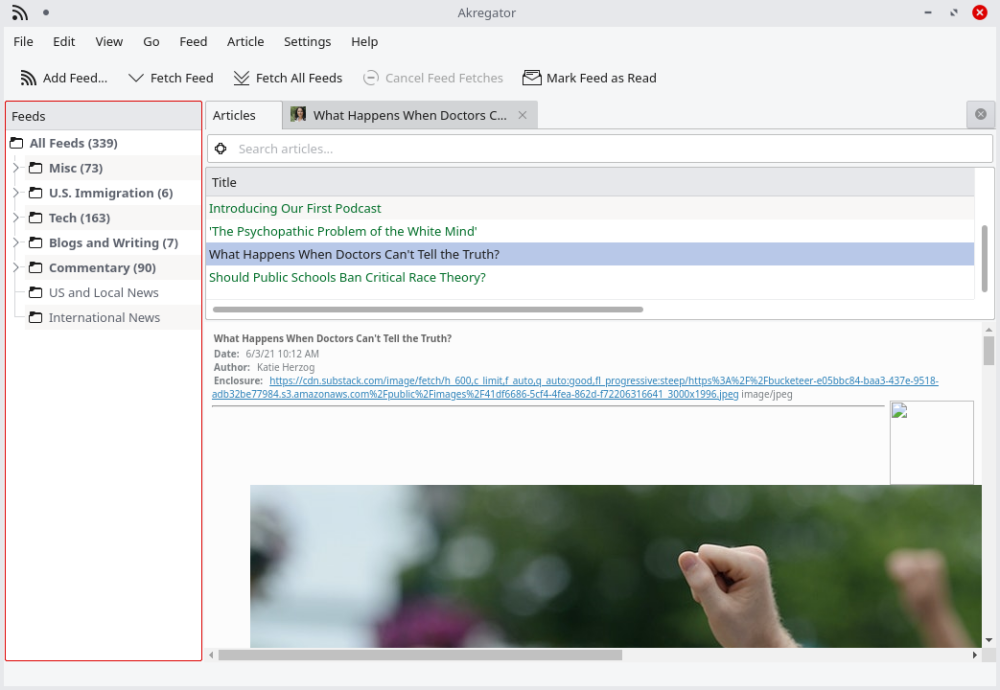 The ranking was rounded out with the return of my article on the subject of installing Ubuntu Touch on a 2013 Nexus 7 tablet. I should have a follow-up to that article actually reviewing Ubuntu Touch in October or November.

On the whole, there were no big surprises in this week’s newsletter ranking. Even the debut of the Substack-RSS post seemed like it would happen sooner rather than later. However, I have noticed some previously little-visited articles garnering views of late, so perhaps our first September newsletter will present some surprises.

Some news, notes, and anecdotes…

I made no changes to the site in the last week, substantive or otherwise. I may finally get around to adding our newly formatted series to our Series Hub Page this week. If I do, you can expect to see those added on Thursday or Friday.

Beyond re-populating the Series Hub page, I do not have any immediate plans to make changes to The New Leaf Journal structure beyond minor clerical work.

I enjoyed writing my review and analysis of the From the Bottom of the Heart visual novel this week. In April, I launched my project to review about 30 visual novels that were translated between 2005-2008 in April, but had only published one review between then and this week. I plan to increase my review tempo - I will begin working on another this week.

I have one blocker, however. As I noted in my introduction article, many of the visual novels are difficult to obtain. This is because they can only be downloaded as torrent files. Many of the torrent-only downloads take a very long time (because they have not been accessed much in the last decade), and many people who may be interested are not familiar with torrents (I have only passing familiarity with them). The first visual novel I reviewed, The Poor Little Bird, was one such torrent-only case (although not too difficult to download). Conversely, From the Bottom of the Heart is available via direct download.

My original post was linked to in a Reddit thread consisting of people inquiring about how to download demo translations by the same individuals who translated full-length free visual novels (the demos are not part of my project). The post inspired me to look into whether I can make some of the more difficult-to-obtain torrents available as direct downloads, or whether someone has already done that. After all, what use is there in reviewing a game if most readers who may be interested in trying it would not want to jump through hoops to download?

Thus, my plan is as follows.

For the time being, I will focus on reviewing games that are officially available as direct downloads (a bit more than half fit the bill - albeit I still do not have everything set up to run a selection that require a Japanese language environment). I will research the torrent-only cases and I may contact Insani (if they still check their emails 13 years after their last post…) to see if I can gain official permission to make some of the torrent-only cases available as direct downloads - perhaps on Internet Archive.

I published two articles based on anecdotes this week. One was my post on how stroller couples go single file and the other, which I laundered through Justin and Justina, was about ambulance siren lights at night.

While I was walking yesterday (August 27) evening, I overheard a lady say something that disturbed me greatly:

That hurt. It actually hurt. To be clear - it did not like hurt. It actually hurt. I have covered three “like” abominations here at The New Leaf Journal. As bad as this one was, it was not significantly distinguishable from the previous three, so I will leave it as a newsletter-exclusive story instead of turning it into a full article.

This concludes the 47th Newsletter Leaf Journal, and our final newsletter of August 2021. I will report back to you next week as we welcome September.

You just read issue #48 of The Newsletter Leaf Journal. You can also browse the full archives of this newsletter.