The Newsletter Leaf Journal XLVI 〜 Floating down the stream

Mr. Envelope is ready for a new Newsletter Leaf Journal.

We only published three new articles this week, but they covered a wide range of topics - as one should expect from our humble online magazine. You will find links to our new articles with brief comments below.

On February 18, 2021, I reprinted and published an 1896 poem by Margaret E. Sangster commemorating George Washington’s birthday. One-half year later, I published a Sangster poem about a nest of birds adrift in a river. 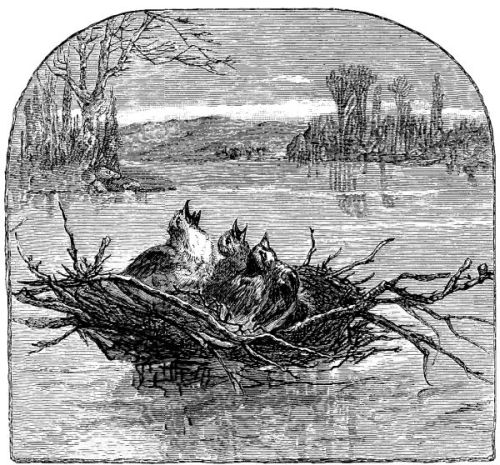 It has been several months since I posted a new entry in my series on hair colors and styles in anime. In this post, I used a scene wherein the protagonist of the 2009-2011 anime series ponders whether she should change her hairstyle to discern how viewers should understand hair color in the Kimi no Todoke anime series generally.

The line that gave me the article idea.

Leave it to me to find new angles to analyze a relatively popular anime series that finished its run one decade ago.

Before the launch of The New Leaf Journal, I had intended to write an article about the word napiform. Napiform means “turnip-shaped.” I forgot this early article idea until I came across the word again in an 1895 issue of Harper’s Round Table. 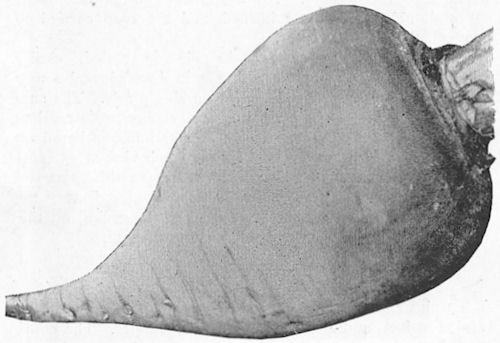 My article covers several usage cases and entries from three classic dictionaries to get to the bottom of the word napiform.

Because I did not provide as much new reading material as usual this week, I fear that our three articles may not hold you over for the weekend. Fear not, however - below I present six articles from around the web for your reading enjoyment.

A look back at the inaccurate contemporaneous coverage of the anti-Semitic riots in Crown Heights, Brooklyn, in 1991.

The Volokh Conspiracy: “Which Circuit Judges and Circuit Courts Feed The Most SCOTUS Clerks?” 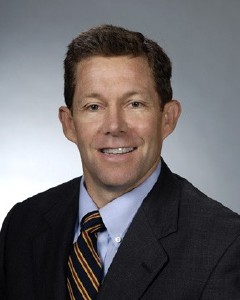 Pictured: Judge Jeffrey Sutton of the United States Court of Appeals for the Sixth Circuit. He was in a three-way tie for first place with Judge William Pryor of the Eleventh Circuit and now-Justice Brett Kavanaugh of the Supreme Court (formerly D.C. Circuit).

This article examines which judges and Federal circuit courts “fed” the most clerks to the Supreme Court between 2017-2021 along with some predictions for how the list may look in the next five years.

The quote noted in the title was unearthed through discovery in Apple’s legal dispute with the game distribution platform Epic. You never know what might turn up in discovery.

The Newsletter Leaf Journal has been lacking in space content. I rectify that deficiency here. 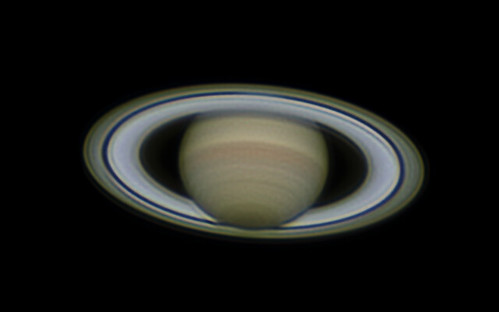 "Saturn" by upsidedown astronomer is marked under CC0 1.0. To view the terms, visit https://creativecommons.org/licenses/cc0/1.0/

Many Americans who are not members of designated terrorist organizations could not respond to the news for, unlike the Taliban, they were banned from posting on Twitter. Perhaps Iranian Supreme Leader Ali Khamenei, who posts on Twitter regularly, can offer his take on the news. If he is unavailable, there is always the state media of the Chinese Communist Party.

“The wider-than-expected margin of victory means that Mr. Hichilema avoided a runoff. Mr. Lungu, whose government had blocked social-media sites and over the weekend alleged the vote was ‘not free and fair,’ conceded on Monday.” 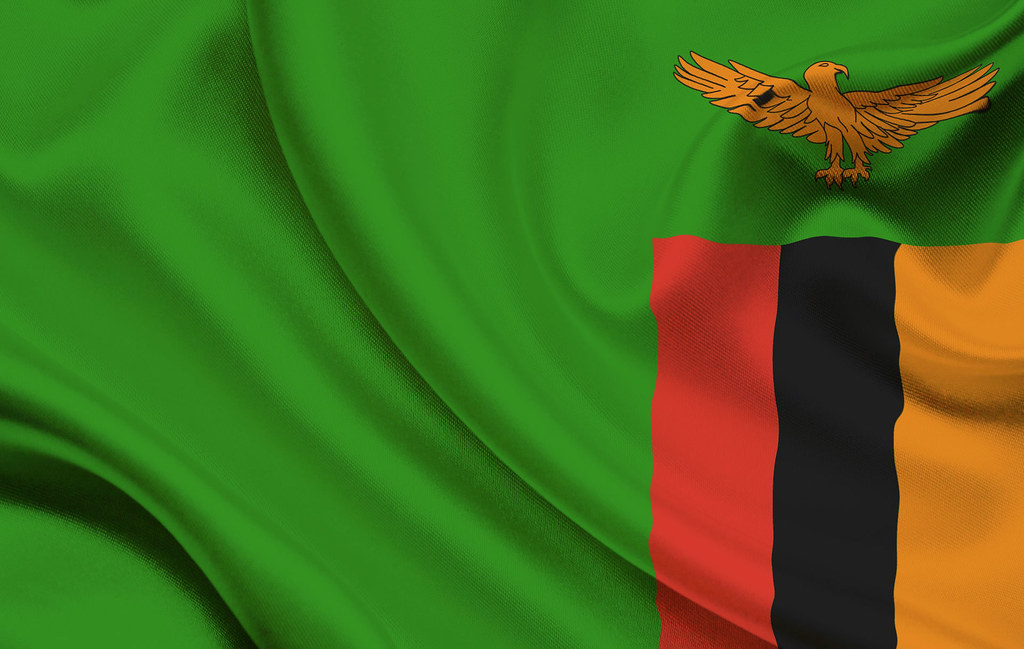 This is brutal. You have the power of the government, you prevent the opposition from effectively campaigning, and you lose 59%-39%. The world is an inhospitable place for strongmen who do not put their full heart and soul into it.

But jokes aside, President-elect Hakainde Hichilema will have his work cut out for him. Good luck to him.

Let us take a look at an article from The New Leaf Journal archives.

“A Wayward Emu Loses Its Way to The Emu Café”

This week’s slate of articles included a poem about lost birds. Just over one year ago, I wrote an article about a very lost emu - fitting content for the home of The Emu Café. 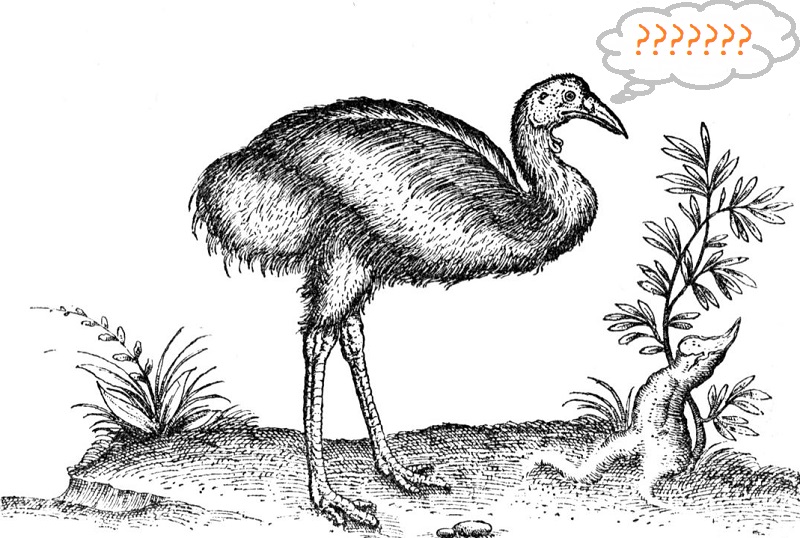 Artistic talent is something I was born with. Not the emu. Look at the thought bubble.

Victor’s post on Bob Dylan’s singing ability had enough views from being shared externally to hold on to the top ranking for the third time in its four weeks on site. Meanwhile, his review of protective masks came in second for the second consecutive week, narrowly holding off my post on the meaning of Tsuki ga Kirei, which notched its 17th consecutive appearance in the weekly top five. The list was rounded out with my review of the Persona 4 Golden digital artbook and my thoughts on the meaning of “Blob Dylan” graffiti.

Below, some news, notes, and anecdotes to round out the newsletter.

I did not make any changes to the site this week. However, I noticed that our views dipped slightly in the tail end of the week. Apparently my 4-6 articles per week schedule was important. Although I have been a bit busy, I will work on returning to our normal posting schedule this week.

Now that I have created series tags and categories to replace our former series plugin, I will re-populate our Series Hub Page. I hope to have that project done by the next newsletter.

My colleague, Victor V. Gurbo, has an old 2007 Macbook that he received for free in college. It still works. He does not need it, of course. Why discard it or keep it as a Mac when one can install a Linux distribution on it?

Well, so I thought.

It turns out that installing Linux on very old 32-bit Macbooks is a bit more difficult than it is on new computers or most computers that come with Windows. In those cases, one needs only boot from the USB. The process is somewhat more complicated on the old Mac. If I manage to get something to stick, I will write about it in The New Leaf Journal.

I had to make a very rare (as in first since early 2020) trip to the office for my day job on Thursday. This was my fourth trip across the Brooklyn Bridge in 2021, and the first since June.

As one may expect, the Brooklyn Bridge is much less crowded now than it was before the onset of the Wuhan coronavirus. Before March 2020, the pedestrian walkway of the Brooklyn Bridge was packed with tourists and locals who tended to have little regard for those around them. As aesthetic as the Brooklyn Bridge is, the daytime crowds made walking across it largely unpleasant outside of the early morning and evening hours.

Now you may think: It must be nice to walk across the Bridge without the crowds.

But the relative lack of pedestrians has created a new problem. When there were untold masses of pedestrians, bikes had to stay to their side of the walkway and not encroach on walkers. Now that there are not so many people, the bikes take certain liberties that they were unable to take before. Now this is no surprise - I noticed the same trend on my treks across the Queensboro Bridge (the more people there were, the better the bikes behaved), but it goes to show that you can never win everything.

This concludes another edition of The Newsletter Leaf Journal. We were a bit short on content this week, but I look forward to rectifying that issue as we bring August 2021 to a close. I also look forward to reporting back to you next week on another week of exciting developments and content at The New Leaf Journal.

You just read issue #47 of The Newsletter Leaf Journal. You can also browse the full archives of this newsletter.