1. Leaves from the week that was

I published five articles since the last edition of the newsletter. You will find them below with links, summaries and notes.

It is possible to use DuckDuckGo to search specific domains. I take advantage of this feature for performing full-text searches on Project Gutenberg and, on occasion, for searches of The New Leaf Journal itself.

Using DuckDuckGo to search for "blob dylan" on our domain.

I did not intend this to be an inspiring post, but it did shockingly well for its first four days live thanks to a large amount of traffic from DuckDuckGo. Go figure. The search volume seems to have died down, but I made an interesting discovery. Our search success aside, you may find some of the information in the article useful for search sites that either lack an on-site search feature or have a poor one.

I recently read Okakura Kakuzō’s 1906 classic work of aesthetics and zen philosophy, The Book of Tea. The book included an interesting promotion from a 1710-issue of The Spectator magazine advising “well-regulated families” to make the publication a part of their morning tea and bread time. 1710 was right around when tea began to catch on in Britain. My brief post includes the excerpt and some thoughts on aesthetic breakfasts.

“Justin and Justina 〜 Convincing a Google Devotee to Try Something New”

The New Leaf Journal Justin and Justina dialogue duo returned for their first August conversation. Justin, inspired by my DuckDuckGo article, tries to convince Justina to use a different search engine than Google. He ultimately succeeds, albeit not in a way that he can be satisfied with.

“A Blue Vespa Seen on an Evening Walk”

In my fourth article covering photos that I took on an evening walk on May 19, 2021, I cover a blue vespa in Columbia Street Waterfront District. I was able to show exactly where I took the picture on a map thanks to a landmark visible in the background. 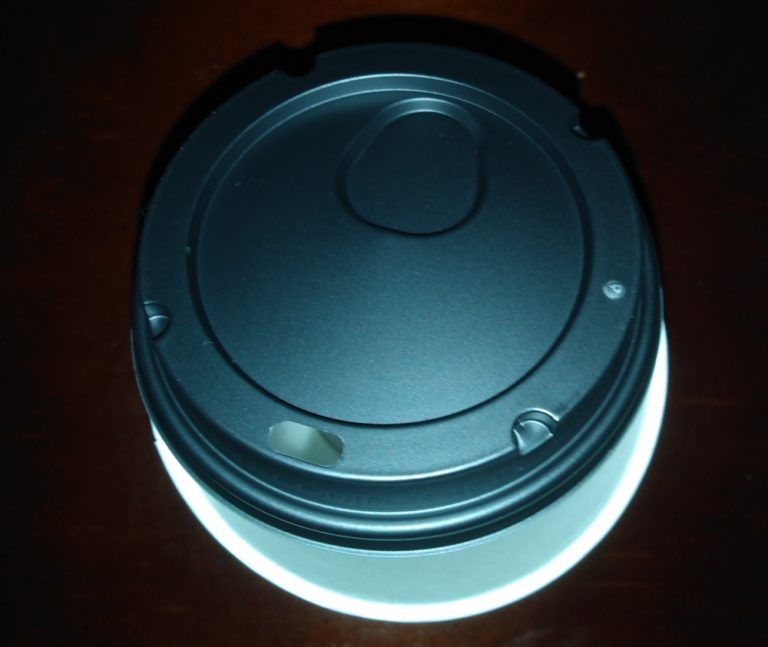 My photo of one of my Solimo coffee cups.

2. Leaves from around the web

I took the time to read new content while writing new content. Below, you will find six articles from around the web that I recommend for your weekend-reading (after our five New Leaf Journal articles, of course).

Aside - last week I included an article about a pair of identical twins competing for Russia in rhythmic gymnastics in the Olympics. I noted that they appeared on pace to sweep Gold and Silver. Apparently, one sister won Bronze while the other did not medal. Was it my fault? Did I jinx them? Is this newsletter more powerful than I know?

But I digress. On to our new article recommendations.

The Lindy Newsletter: “In Praise of the Lindy Walk”

An aesthetic essay by Mr. Paul Skallas on the timeless joys and benefits of walking - something well-understood in ancient Greece. I will have some more detailed thoughts on this newsletter on The New Leaf Journal in the future.

Victor’s Bob Dylan articles have been bringing a large number of new visitors to The New Leaf Journal of late. I thought I ought to include an article on Mr. Dylan in the newsletter. Behold, a list of ten lyrics from Mr. Dylan’s “Christian-era” in the 1980s.

New York Post: “UWS woman arrested for walking her dogs without a leash”

I understand that the authors of this article want me to be outraged about the arrest of lady from San Francisco who is pretending that she did not know that you cannot walk dogs without a leash in New York City (I will add that she did not even bring a leash). Having been jumped on by about four dogs in the last month, including a large 80-pound-ish dog that thrust its front paws into my chest while I was carrying a full cup of hot coffee (I managed to hold on, somehow), my sympathy is lacking.

Smithsonian Magazine: “Bulldogs Are Dangerously Unhealthy, But There May Not Be Enough Diversity in Their Genes to Save Them”

Speaking of dogs, a dreary article about what breeders have done to the bulldog. Suffice it to say, I am not a dog breeding expert. However, I have enough sense to understand that if you create a dog that cannot breed or give birth naturally, you have probably done something very wrong. Retrieved from Project Gutenberg - a much healthier bulldog from the nineteenth century.

Buzzfeed News: “The Co-Founder of the Fact-Checking Site Snopes Was Writing Plagiarized Articles Under A Fake Name”

My article criticizing the fact-checking industry has aged very well. With that being said, I was not aware that the co-founder of Snopes is a serial-plagiarist (fact-check: true) when I singled the outlet out for criticism in my article.

“On Thursday, [Ross Wilson, the chargé d’affaires in Kabul,] warned the Taliban that ‘attempts to monopolize power through violence, fear and war will only lead to international isolation.”

When you spend your life pontificating about norms and the global community, you may think that this is a grave warning to the Taliban. When you spend your dreaming about ruling a Sharia-compliant Islamic state and treating yourself to the spoils of conquest, you may understand this “warning” as an offer you can’t refuse.

It’s all a matter of perspective.

In 2011, I built a computer. That computer served me well until last year. While it still worked, I decided that I should usher in the new decade with a new computer. Unfortunately, my new computer did not work. Why? Because my motherboard was a lemon. Fortunately, the manufacturer and retailer (Newegg) agreed with me that the motherboard was defective and gave me a full refund. Nine days later, I published my first article from my working new computer. 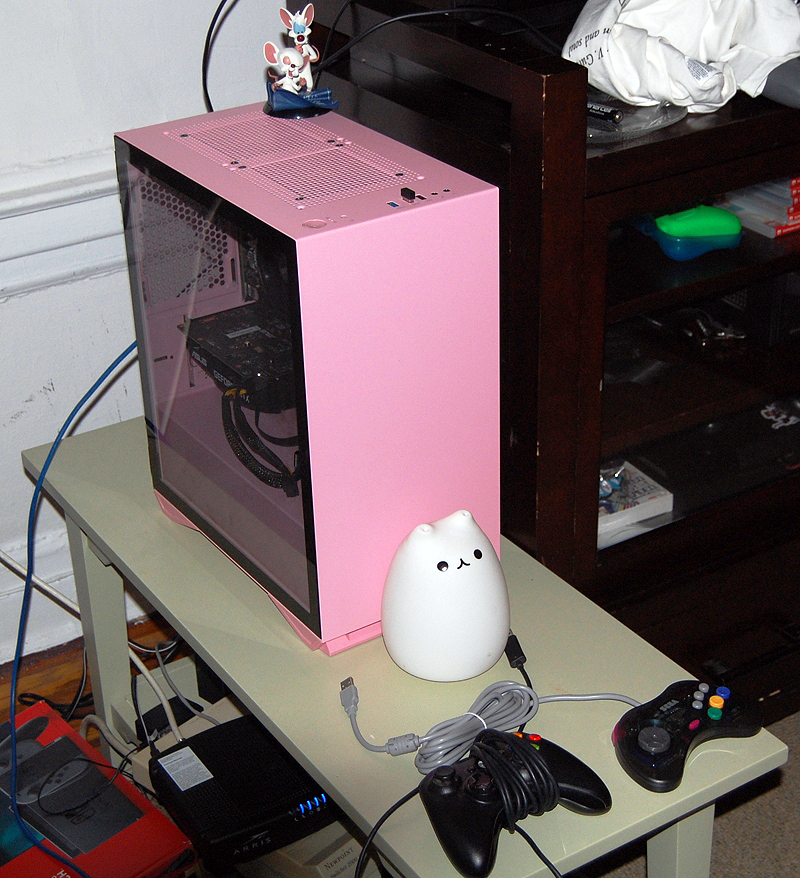 Photograph of my desktop computer shortly after it was completed in August 2020. It looks the same today, but I have added an additional fan and two extra 8 GB sticks of RAM.

As always, I bring you the ranking of our five most-read articles between newsletters. The below ranking covers August 7-13 (inclusive). Each article is accompanied by its change in rank from the previous week and additional information about its authorship, date of publication, and ranking history.

Victor’s essay on Bob Dylan’s singing ability (which he describes as “clickbait”) has had an interesting few weeks. It topped our ranking in its debut week with a strong showing on Facebook. It then tumbled out of the top 25 in its second week. Now, it returns to the top of our ranking after being featured on the Bob Dylan fan-site, “Expecting Rain,” and it posted the second strongest week for a single article in New Leaf Journal history. Go figure.

Victor’s Dylan success denied his article on protective masks a second straight week at number one in what was its best week to date. Perhaps the most surprising entry (to me at least) was my DuckDuckGo article taking the third spot with a very strong debut week. It faltered on Thursday and Friday, so it will be interesting to see if its strong Sunday-Wednesday (wherein it had the most views every day) was an aberration.

My Tsuki ga Kirei article came in fourth, ending a 14-week streak of finishing first or second. It had a mediocre week by its standards, but it would have been first or second on most normal weeks. For the time being, it looks like it will continue to extend its streak of top fives, which now stands at 16.

Finally, my Persona 4 Golden artbook review returned to the top five with a solid performance, just edging out my second Blob Dylan essay for the last spot.

Below, you will find some news, notes, and personal anecdotes.

After a flurry of site changes last week, things were comparatively quiet this week. After the surge of views from Victor’s Bob Dylan article, I am coming to the conclusion that we have outgrown our current hosting (if you find that our site is a bit slow - that is likely the reason). I will examine options for improving our hosting to accommodate our new traffic levels (as well as unexpected surges in traffic) in the near future.

I have been reading on my Pocketbook Color e-reader recently. When I purchased the e-reader several months ago, I stated that I would review it at The New Leaf Journal. Now that I am spending more time with it, I will work toward publishing a review later this month or in the first half of September.

This concludes the 45th edition of The Newsletter Leaf Journal. It was nice to spend the week mostly focused on content instead of site maintenance, and I look forward to continuing that trend while looking into a more sustainable hosting solution for the long term.

You just read issue #46 of The Newsletter Leaf Journal. You can also browse the full archives of this newsletter.