Welcome to the 44th edition of The Newsletter Leaf Journal, the official weekly newsletter of the growing and perennially virid online magazine, The New Leaf Journal. As always, this newsletter comes to you from the waterproof keyboard of the Editor and Administrator of The New Leaf Journal, Nicholas A. Ferrell. Because I spent much of the week reorganizing our tag and series structures, I was only able to publish four articles since we last spoke. Fortunately, three of them were substantive. In case that is not enough reading for your weekend, I will also recommend six articles from around the web and one article from our own archive. Finally, we will wrap up the newsletter as always with our weekly article ranking and some news, notes, and anecdotes.

New leaves from the week that was

I published four articles since I last mailed a newsletter.

“What Makes a Depressing Anime? Discussion and Selection.”

I came across an article about a small online poll in Japan asking people what their favorite “depressing” anime was. I would not have thought much of the list had it not included the infamous School Days in its top five - which I gave a lengthy treatment here at The New Leaf Journal. The list made me consider three questions. 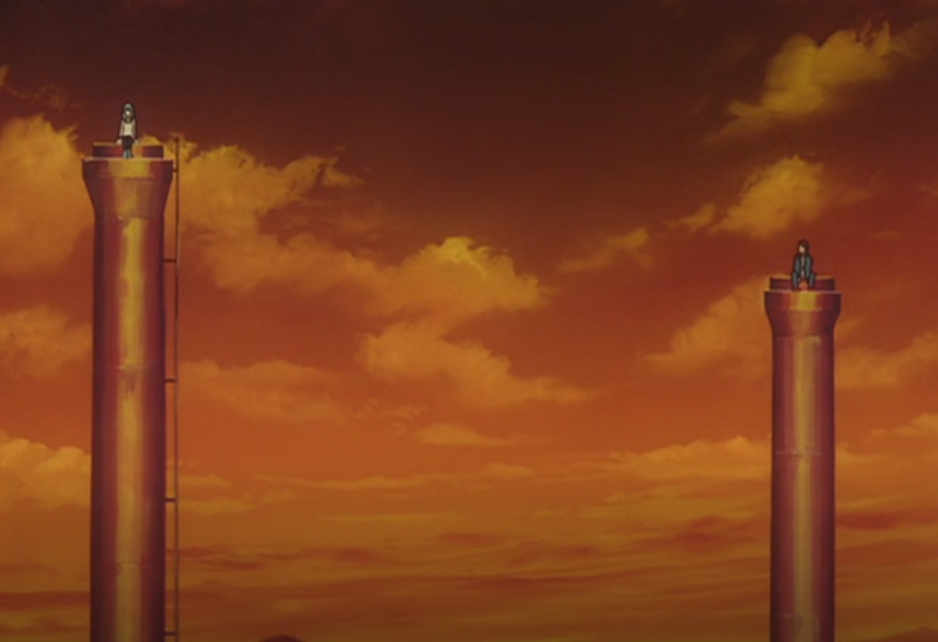 Scene from the first episode of "Now and Then, Here and There" - the correct choice for "most depressing anime series"

“A Rather Large Weathered Tree Stump in Carroll Gardens”

We have not gone consecutive days with no new content in 2021. Even though I forgot to draft an article for August 3, 2021, I was not going to let that streak end. Enjoy a short post about a very weathered tree stump in Carroll Gardens, Brooklyn.

I published a review of The Great Suspender web extension for Chromium-based browsers in August 2020. That article proved to be a New Leaf Journal milestone, achieving some success on Twitter when our daily views were often measured in single digits and coming in as our third most-read article of 2020. Unfortunately, the extension was compromised in the autumn of 2020, and taken off the Chrome Store.

Because The Great Suspender was an open source extension, some good people took the time to fork the source code and create un-compromised versions of the original Great Suspender without the malware. 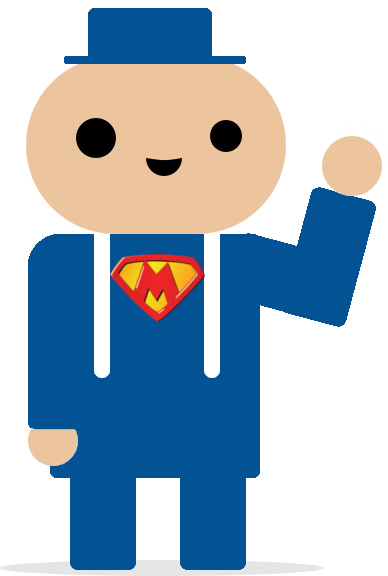 I have tried the two forks that make their source code available on GitHub. You will find my impressions along with links to the extensions themselves in my article. 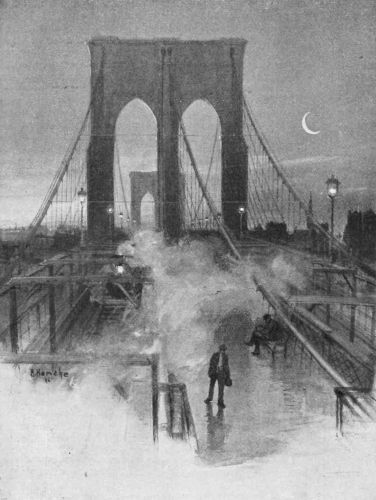 What is Cobweb Lane? I did not know either, but Franklin Matthews explained. Note that I plan to follow this article with a second post discussing some other interesting Brooklyn Bridge notes from Matthews’ essay.

Leaves from around the web

In case my four articles from the last week are not enough reading for your weekend, I present six article recommendations from around the web.

“A pair of Russian twins dominated women’s rhythmic gymnastics qualifications in Tokyo Friday, taking first and second place and finishing with scores nearly as identical as they are.”

I’m no rhythmic gymnastics expert, nor am I able to tell Ms. Dina Averina and Ms. Arina Averina apart without captions, but it looks like the identical twins are well en route to taking Gold and Silver.

(Ms. Dina Averina may be a touch taller, so there’s that.)

According to the sisters, they do not compete with each other and are fine with whatever order they finish.

NZZ: “A tweet cost him his doctorate: The extent of China’s influence on Swiss universities”

The headline summarizes the content well. Switzerland probably ought to inquire into professors in its universities censoring speech (not to mention in this case, correct speech) that is critical of the Chinese Communist Party. Seems like a bit of a national security and national sovereignty threat to me.

Thought-provoking content about decentralization and the ability to control one’s own digital data.

A guide to setting up a small Matrix server. I’m thinking about giving it a try when I have some spare time. Future article content perhaps?

SoraNews24: “Can you spot the hidden cats at this Tokyo train station?”

Don’t read if you’re planning to go to Nippori Station. That would be cheating. Cheating is wrong.

This raises questions about what is going on at the Manhattan District Attorney’s Office.

As always, I present one article from our archive.

“75th Anniversary of the Japanese Surrender”

Yesterday (August 6) marked 76 years to the day of the atomic bombing of Hiroshima. On September 2, 2020, I posted a short article about the 75th anniversary of the formal Japanese surrender in World War II - complete with a 48:26 minute news recording of the surrender ceremony aboard the USS Missouri.

Last week I made a joke about the CDC returning Victor’s December 2020 mask review to prominence in our ranking. This week the joke became serious as it led our weekly rank for the eighth time in 2021, but the first since April 17-23. In so doing, it shaded my Tsuki ga Kirei article by the smallest margin between first and second in the 31 weeks of 2021. For its part, Tsuki ga Kirei finished second for the third week in a row and in the top two for the 14th consecutive week. 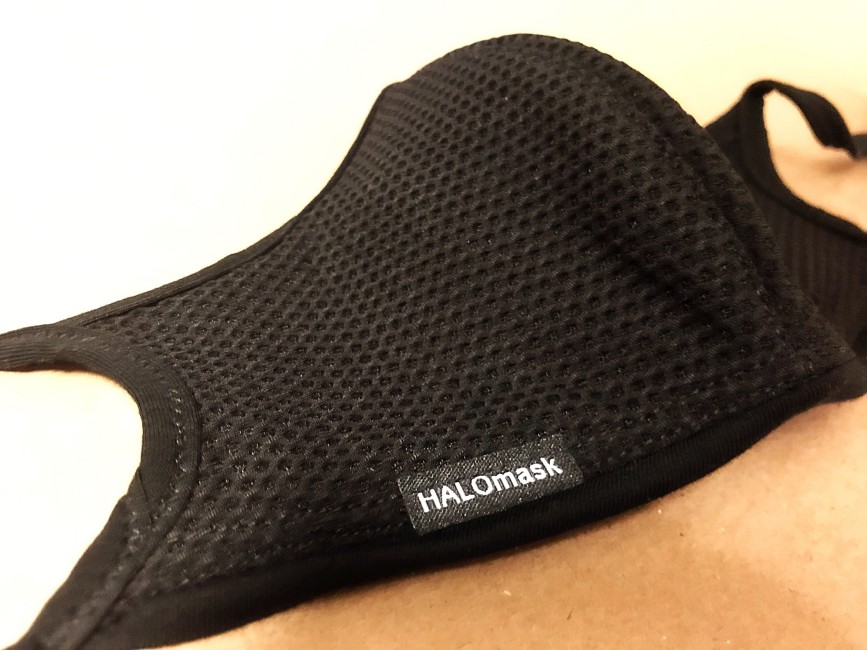 Photo of the HALOmask taken by Victor V. Gurbo.

There were no major surprises in the rest of the top five. After the two Bob Dylan posts that had led the rankings for two weeks fell out of contention last week, Blob Dylan returned to the top five (I don’t think that’s an upgrade…) along with my recent alternative search engine review. My post on installing Ubuntu Touch on a Nexus 7 tablet made the weekly rank for the third week in a row.

As always, I deliver some news, notes, and anecdotes with suitable leaf puns.

I noted that I was busy this week working on the site. What was I doing?

First, I finished my project of completely re-writing and reassigning all of our tags. 363 new tags attached to 370 articles. Brutal stuff.

Second, I changed my plan for handling series. Last week, I noted that we had an issue with our series plugin. Essentially, the series archive pages were not displaying correctly. I tried a different, more consistently updated series plugin, and found that it had the same problem (as well as some other display issues). I am sure that both plugins could have been made to reconcile with our site theme, but I do not have enough time to learn how to diagnose the issue and fix it. Furthermore, there was no guarantee that fixing the issue now would ensure no future compatibility issues.

In the interest of focusing on content and having time for other projects, I abandoned both series plugin options. I am now implementing series in two different ways. First, I have turned some series into sub-categories. For example, my Justin and Justina dialogue series is now a sub-category of Original Compositions. Some series that do not make sense as sub-categories (e.g., series with too much variety in their articles) are designated with tags. I plan to stick with this approach - we will have no compatibility problems using WordPress’s built-in categories and tags taxonomies.

Am I done? Not quite. Allow me to explain.

My list of tags is effectively done. I carefully studied all of our content and worked from our earliest articles to write new tags that will actually be helpful to users (along with series). I may tweak some tags and add some more to older articles if new articles make doing so make sense, but I think the new tag list that I created will be effective.

I do have some work left to do, however. Firstly, I must re-write our Series Hub page so that it lists all of our new series and explains how they are classified with categories and tags. I intend to complete this project in the upcoming week and publish an article explaining the new system (if you are reading this after the fact, see Newsletter XLV for the relevant links). Finally, I will gradually find links to old series and replace them with links to series categories and tags. This process will probably be completed over the next couple of weeks.

A few newsletters ago, I discussed my making changes to our site’s .htaccess file in order to improve site performance and security. Since I had done that, I was disturbed when I accidentally found that our site was not automatically redirecting http requests to https. I investigated the issue and discovered that I had put my changes to the .htaccess file in a section that is automatically re-written with new updates.

Fortunately, I still had a link to the guide that I used to help me work on the .htaccess file, so I re-implemented my directives outside the section that is automatically re-written.

Always read the fine print. I actually have a good story about learning this lesson in school. My .htaccess struggles just inspired an article.

Speaking of inspiring articles, my tag project also gave me a new prompt. I have several tags with only 1-2 articles that I do plan to add to in the future. As I wrote these lightly-populated tags, it occurred to me that I should prioritize adding content to them. I will work on that over the coming weeks and months.

In episode 9, there was an interesting hair color exchange. Very high quality. Just in time to work on for my new subcategory: Series: Anime Hair.

That about wraps up this week’s edition of The Newsletter Leaf Journal. In addition to my explaining the new categories and tags to our whole audience, I have some interesting content ideas prepared for next week, so I hope you look forward to our new articles and the next newsletter.

If you spot any problems regarding tags and categories or if you have any questions or suggestions, feel free to contact us privately via our contact form or publicly via the Guestbook.

Until the next Newsletter Leaf Journal:

You just read issue #45 of The Newsletter Leaf Journal. You can also browse the full archives of this newsletter.