Our twelfth newsletter will be our final one for 2020.  In this edition, I report on five articles as well as two new platforms on which you can follow our site.

New Leaf Journal Content From the Week that Was

Victor and I worked together to post five articles over the past week.

I began the week on March 21, 2020, with an article about one of America's founding fathers, Robert Morris.  Morris was a wealthy merchant who relied heavily on his shipping fleet.  Toward the end of the War of Independence, the British Navy did away with much of Morris's fleet when it shut down shipping along the Atlantic.  While Morris admitted in a letter to a confidant that he lost a great amount of money, he declined to specify how much he lost "as there might be in it an appearance of ostentation."  Clever.

Victor took the reins on Tuesday with a post on one of his "Quarantine Sessions" with Mark Caserta.  Victor and Mr. Caserta covered The Beatles - specifically "With a Little Help From My Friends."  The article links to their performance.  In the post itself, Victor offers thoughts from a folk musician's perspective on covering songs and gives insight into some of the things that made The Beatles a revolutionary force in music.

On December 23 and Christmas Eve, I posted two articles for the holidays.  On December 23, I considered the nature of Santa Claus with reference to a 1913 children's story by Maud McKnight Lindsay.  For Christmas Eve, I referenced my Santa article in my fourth entry in the Justin & Justina dialogue series.  Therein, Justina frets over what to give Justin for Christmas, while Justin refuses to give her any sort of hint.  Justina finds giving presents stressful, and Justin considers this struggle part of her personal growth.  The dialogue includes three photographs that I took around Brooklyn, which were all incorporated into the story.

Finally, yesterday I published a short article about a snowman in a one-eyed frog hat.  I took the photo thinking that it was amusing, but my colleague, Victor V. Gurbo, saw "pure evil."  The article includes our first ever in-content poll - what do you think of the snowman? 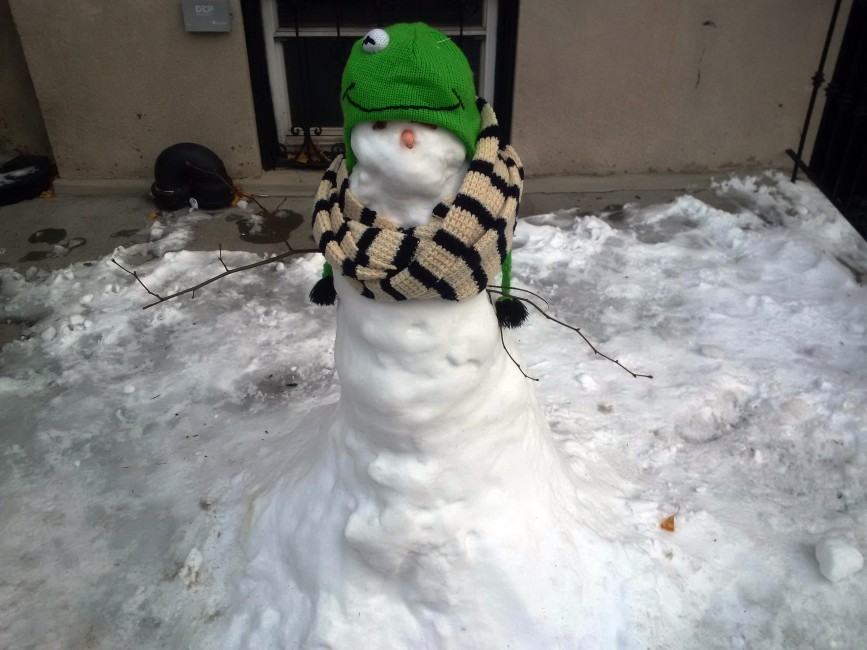 Finally, you can find the latest weekly content recommendations from me and Victor here.

In an effort to reach new readers, I created an account for The New Leaf Journal on Bloglovin'.  Bloglovin' is a blog consumption platform that draws posts from a site's RSS feed.  While I don't think that it is an essential means of following our site, you can make an account or sign up with a Facebook account if you are interested.  You can find The New Leaf Journal page here.

Looking Ahead to the End of the Year

We plan to keep to our regular article publishing schedule for the last week of 2020 and the beginning of 2021.  Of note, I will post a December month-in-review article and an article listing our most-read content from 2020.

One article on the periphery of our ten most-read article lists is fitting for the Christmas season.  On July 14, I published a piece on accounts of the last vespers at the Hagia Sophia before the city fell to the Ottoman Turks.  The Roman Emperor, Constantine XI, prayed for the final time at St. Sophia and then asked prelates, one by one, to pardon him if he had ever offended them.  One historian wrote:  “As a Christian emperor, and as a Christian soldier, he was solemnly, and in the sight of his people, preparing to appear before his God.”

Merry Christmas and happy New Year to all our readers.  I look forward to returning with the first newsletter of 2021 next week.

You just read issue #13 of The Newsletter Leaf Journal. You can also browse the full archives of this newsletter.