Another Sunday means it is time for the eighth edition of The Newsletter Leaf Journal.  I must admit that last week, I sent our newsletter with Tiny Letter’s default header subject, borrowed from Marc Antony’s famous speech from William Shakespeare’s Julius Caesar.  One could be forgiven for thinking that, given some of my past content, it was going to be some sort of special Roman-themed newsletter.  While I would love to be able to claim credit for such a wonderful idea, it was merely an error that I noticed right after pressing “send,” about three seconds too late.

This week, we continued on our quest to publish at least one article for each day in September, as the month nears its close.  I will announce our plans for the forthcoming month in review article on September 30.  Suffice it to say, while I have enjoyed the challenge of posting one article each day, I plan to dial back to 5-7 articles per week in October, giving myself the possibility of a couple of days off from posting each day so I have more flexibility to work on new content and perform some site maintenance.  For example, I could use some time to finally do away with the Pinterest tracker script that I discussed last week.

Below, I will review our new content since the last newsletter.

Shortly after I sent our newsletter, Victor’s second article of September went live – "Reflections on Digital Music Shows."  In this post, Victor discussed his participation in a very worthy online fundraiser for the iconic Manhattan music venue – The Bitter End.  He contemplated the myriad technical difficulties that transpired at the event, and, while they were frustrating, he concluded that they were not much different than the technical difficulties musicians endure at live performances in more normal times. 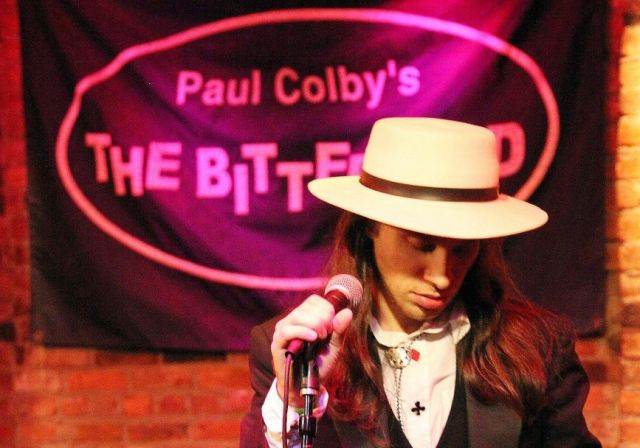 On Monday, I wrote about our site’s struggles with the mysterious Pinterest tracker that I discussed in last week’s newsletter.  As I noted above, I have not yet figured out how to implement a solution, but it does seem like it will be something that is within my abilities once I have time to do sit down and do a bit of research.

On Wednesday, I made up for my short piece on Tuesday with a long look at some interesting immigration issues in the unsealed criminal complaint against a former NYPD officer, Baimadajie Angwang, who is alleged to have been working as an agent of the  Chinese government.  Upon reading about the complaint, I learned that Mr. Angwang was admitted to the United States as an asylee, launching him on a path to naturalization in what now appears to have been highly dubious circumstances.  In the post, I use my background in immigration law to examine some of the various immigration issues implicated in the complaint.

For the Thursday article, I revisited another topic that I broached in last week’s newsletter.  In “The Great Suspender and Twitter Stardom,” I give the full story of my Twitter post on “The Great Suspender” chrome extension as used on the Vivaldi web browser, and the string of events that made it our most popular social media content yet.  Unsurprisingly, we have not replicated that success, but I do hope that the article brought The New Leaf Journal to the attention of some readers who will keep tabs on our site for future content.

On Friday, I returned to photography with an article titled “The Steps on the Triborough Bridge.”  Many New Yorkers do not realize that the Triborough Bridge, linking northern Manhattan, the Bronx, and Queens, is walkable on all of its sections.  Last year, I ventured across the entirety of the bridge with a couple of friends.  At one point, I was surprised to find a set of stairs in the middle of the pedestrian walkway, not at the beginning or end where you might expect to find them.  I took a picture of the peculiar site, which I discussed along with some additional content in my piece.

Finally, I posted a longer article yesterday about the end of one of my favorite anime series, the unwieldly-named “My Teen Romantic Comedy SNAFU.”  The show’s first season came in 2013, and its final and 37th episode aired on Thursday.  Rather than review the show or its final episode, which would be difficult to do in a single article, I offered some brief context about the series before examining a quote from the author of the series of underlying lite novels, Wataru Watari, about completing a work that he had spent eight years writing.  The entire series covers one year of high school in the lives of the characters, and Mr. Watari stated that with his concluding of the series, he could finally close the book on his own second year of high school, “the longest year of my life.”  You can read more in “That Longest Year of School Finally Ends.”

A Little More on One of My Favorite Shows 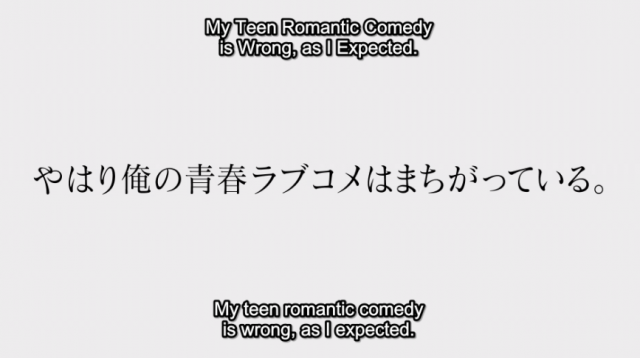 As I note in the article on the end of My Teen Romantic Comedy SNAFU, the second season of the show ended five years ago.  Worse yet, it ended in the middle of an important conversation that promised to set in motion the events for the final season.  It was never entirely clear whether the show would receive a proper conclusion, whether Mr. Watari himself would finish the novels, or whether Mr. Watari would end his story and/or the show in medias res.  I had been fine with the prospect of the show never receiving a full conclusion, given the quality of the second season, but I was nevertheless happy to hear that it would indeed get a final season.  You can imagine that my feelings toward the Chinese Communist Party – not warm to begin with – became colder when the final season was delayed by several weeks.  A truism that I have held in my heart since my own high school years – commies ruin everything.

The final season was not perfect.  Parts of it felt a bit rushed in anime form, which was a minor issue in the latter few episodes of the second season.  Whether it was Crunchyroll’s sometimes inconsistent English subtitle writers or the source material itself, some important lines were perhaps not as smooth as they could have been.  But in the end, Mr. Watari boldly delivered a decisive ending for the main characters, treating those fictional characters he seems to have cared deeply for in the humane manner he had throughout the series.  The penultimate episode of the final season was the finest of the entire series, and the last episode delivered a sort of catharsis for the entire cast that too many works try and fail at achieving.  Despite some bumps in the road, the final season was wholly satisfactory, and well worth the long wait.

As for my statement that I will examine the season in more detail down the line, I am planning to write a piece about some of my favorite anime series from the last decade in December.  I say decade because the real decade is 2011-2020, not 2010-2019, lest someone can find the mysterious “year 0.”  I zig where everyone zags, and this will conveniently allow me to write some decade-in-review posts that I could not last year, for The New Leaf Journal was still in seed form.

In the meantime, however, I will focus on writing more content and reviews about books, and I have a special series of non-book-review-review pieces slated for October, to be announced in my September 30 month in review post on Wednesday.

You just read issue #8 of The Newsletter Leaf Journal. You can also browse the full archives of this newsletter.