The Newsletter Leaf Journal has a new newsletter for a new month.  Here, we will review some of the new content at The New Leaf Journal along with miscellanea and things to look forward to.

Last week, we published four new articles here at The New Leaf Journal.  We made note of those articles yesterday in the newest week in review post.

The highlight article for the last week featured my specious argument in favor of crafting video game strategy guides to lead players to error.  After contemplating my own video game snafu, I asked myself whether I should be the only one to learn from my mistakes?  Perhaps others could learn from my mistakes too.  But is it better to learn first-hand or to learn just by reading about someone making mistakes.  An idea for guides was born. 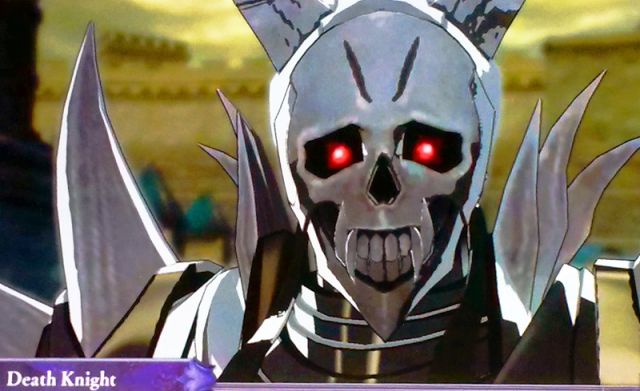 The author of my video game snafu.

The wisdom of the article can be applied to things other than video games.  We have all made mistakes at things we are good at; thus do we not have a duty to teach people through example on how to not repeat our errors (after the first repetition, of course)?

I also posted a new story about unruly emus being banned from a hotel bar in Australia.  As the host of The Emu Café, I certainly cannot let emu news pass us by - even if the news is not necessarily in accord with the establishment's principles.

You may also read my personalized tribute to the late Herman Cain and an anecdote about a trip to see the dreadful boxing match between Bernard Hopkins and Roy Jones Jr. in theaters in 2010.

In my feature article last week, I discussed making a grievous error in Fire Emblem: Three Houses for Nintendo Switch, without confirming that the error ever happened, of course.  Shortly after publishing that article, I had a near error-free run through the final stage of my second play-through of the game, completing the adventure after more than 100 hours of playing.  Since I beat the game on the highest difficulty without any bonuses from a prior play-through, I earned a shiny start screen.  Was a shiny start screen alone worth the time?  Of course.

As I have suggested before, I am working on creating new review content for The New Leaf Journal.  Thus far, Victor and I have combined to post three reviews.  I posted reviews of a video game artbook and a WordPress plugin, while Victor posted his review of three sets of guitar strings.  As I played Fire Emblem, I thought about doing game reviews as well as book reviews and miscellaneous reviews.  However, I figured that no one needs another review of Fire Emblem, one of the most-played and highly regarded games on the Nintendo Switch. Instead, I am working on some game reviews of unusual games from the past or more contemporary games that have not been the subject of much attention. You may expect some of this new content later this month.

For next week, I have several new articles in the works.  Furthermore, I have heard through the grapevine that we can expect an article from Victor this week.

Thank you for reading the third edition of The Newsletter Leaf Journal.  If you are already a subscriber, we thank you for subscribing.  If you accessed this newsletter from our archives or second-hand, please consider subscribing if you like what you read.  We look forward to posting a new newsletter next Sunday.

You just read issue #3 of The Newsletter Leaf Journal. You can also browse the full archives of this newsletter.