New Articles and Other Updates

As I noted in yesterday’s week in review, we posted two articles for the last week.

First, Victor published an article about his budding career as a TikTok video-maker.  Specifically, his recent and most successful video triggered an intense debate in the comments about the proper way to pronounce the word “capo.”

Second, I published an anecdote from my time in high school.  I will not spoil the story here, but it culminated with the line:  “Yo!  You’re the model and I’m the model maker.”  While the story itself is little more than silly, I think that there is a valuable lesson to be had about finding content in frivolous things.

After posting the week in review, I published a new article yesterday with some specious proposals for composing video game strategy guides.  I will reserve further discussion of that post for a future edition of The Newsletter Leaf Journal, but you can read the article here in the meantime.

Our Complicated History With TikTok

In June, Victor published his first article referencing TikTok.  In that article, he told the story if his being a TikTok consumer rather than creator, describing his discovery of the tawdry lyrics of the blues icon, Lucille Bogan.  He wondered whether his TikTok usage would change my view on TikTok in general.  As I wrote that same day, it did no such thing.

Every time Victor brings TikTok up, I remind him that it’s only a matter of time before the United States Government bans the wretched spyware.  He has suggested that he would be more than fine with that outcome, for whatever it is worth.

I will save fuller TikTok musings for a future article.  For this post, I will acknowledge that TikTok brought The New Leaf Journal a peculiar sort of success.  To accompany my response to Victor’s Lucille Bogan article, I created an awful picture of a tic-tac-toe board in Microsoft Paint and in three diagonal squares wrote “Tik,” “Tok” and “No.”  All jokes aside, I think it was mildly clever – and someone with a modicum of artistic inclination (cc Victor) could have done more with it.  In light of my lack of artistic talent, however, I figured that the sloppiness of it would endear people in some small way. 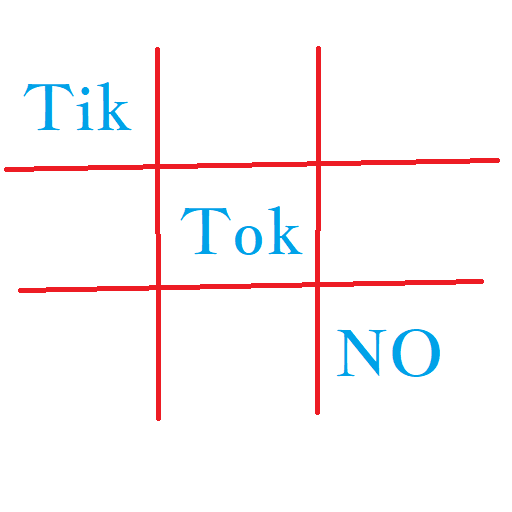 Like most of our images on site, I posted it to our Pinterest board.  After not receiving many views for the first 2-3 weeks it was posted, it “blew up,” as Victor would say, at one time crossing 2,000 views over a 30-day period.  Over the previous 30 days, it has been viewed 1,707 times – down from its apex, but still far more than any other post.  Sadly, it has not received much in the way of actual engagement, but my terrible drawing has made it into the feeds (or whatever you would call it in Pinterest’s case) of thousands of people around the world.  Given that it took me about two minutes to create “Tik Tok No,” I suppose that I cannot complain.

Thank you for reading our second edition of The Newsletter Leaf Journal.  If you are already a subscriber, we thank you and hope that you are enjoying the newsletter as we get it up and running.  If you are reading this in our archives but have not subscribed yet, we hope that you consider signing up.  You can find our sign-up page for both The Newsletter Leaf Journal and our FeedBurner RSS letter on our website.  We look forward to sending the next newsletter this week.

You just read issue #2 of The Newsletter Leaf Journal. You can also browse the full archives of this newsletter.