I don't want to press too hard on your graces, bestrewing news and updates, suggestions for cultural refinements about your patch with the abandon of this immoderate Autumn, but there are happenings without whose knowledge I thought you'd be poorer:

First, the poet Paul Willis is coming to read at Seattle Pacific tomorrow, Thursday the 27th, at 4:30pm in the CIS Conference Room. He's great. If you're in the area, you should only allow the wildest of horses to drag you away from the opportunity to hear him.

Second, remember that poet Jeremiah Webster for whom I wrote the following book blurb?

After so much posturing on the parts of pundits, preening celebrities, poets on the picked through street market of the avant-garde; after so much hollow flash, so much essentially genre-bent lineated prose of small epiphanies; after so much, well, else, Jeremiah Webster’s After So Many Fires comes out of the Pacific Northwest like rain: greening everything, cleaning the language, sharpening the eye, casting a slant-lit wonder about this whole good God-haunted earth, and, most importantly, allowing again a kind of deep breathing.

Well, the press that issued that book went under, but--wonder of wonders!-- another press has come along and put out a second edition, with, somehow, an even cooler cover. Check it out here.

Third, the Richard Hugo House (recently renovated and gorgeous), together with SPU English is hosting the poet Carolyn Forche for a reading on October 5th 7:30-9:30pm. She's kind of a big deal. Plus, I'll be going, so. Details here.

Finally, and suddenly this seems small and hard to hear over the hosannahs you're probably shouting, but I've published another academic article that the curiouser among you might enjoy. It's audacious, attempting to re-write a significant piece of literary history by arguing that "the most effective piece of literary criticism ever written," as this poem has been called, actually missed its intended target completely. I have to thank my WRI 1100 class for encouraging me to go through with the re-write after the piece was initially rejected. As the lion says, "Onwards!"

Bless you all. See you out there.

Ah, yes, and Phases has just had a new book review! Hear the hot take here. 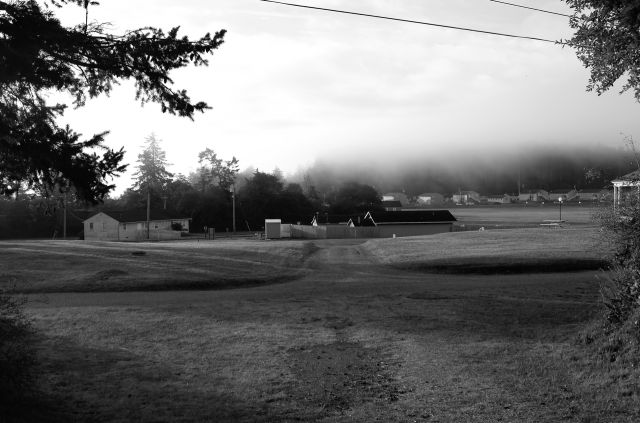 You just read issue #7 of Missive. You can also browse the full archives of this newsletter.