A Guy Who Was There

I hope all is well with you and your's,

Some of the Weird Mystical Stuff

The Joy of Trash

History of this Weird Little Thing

I hope this email finds you.

No One Has Seriously Doubted

Power of Its Size

Hi there! Here are some things for you:

I hope you're doing well,

A Tendency to Lay Bare

Think of Them as Burritos

Greetings from lunch duty, where the children practically take care of themselves,

Lunch is over. Bye!

Hope you're doing well. Be in touch, if you'd like to be in touch!

The Crime is Shown

Greetings! My daughter says "awww shunks" instead of "shucks," because she is four and the world is glorious.

Good luck! Be in touch. 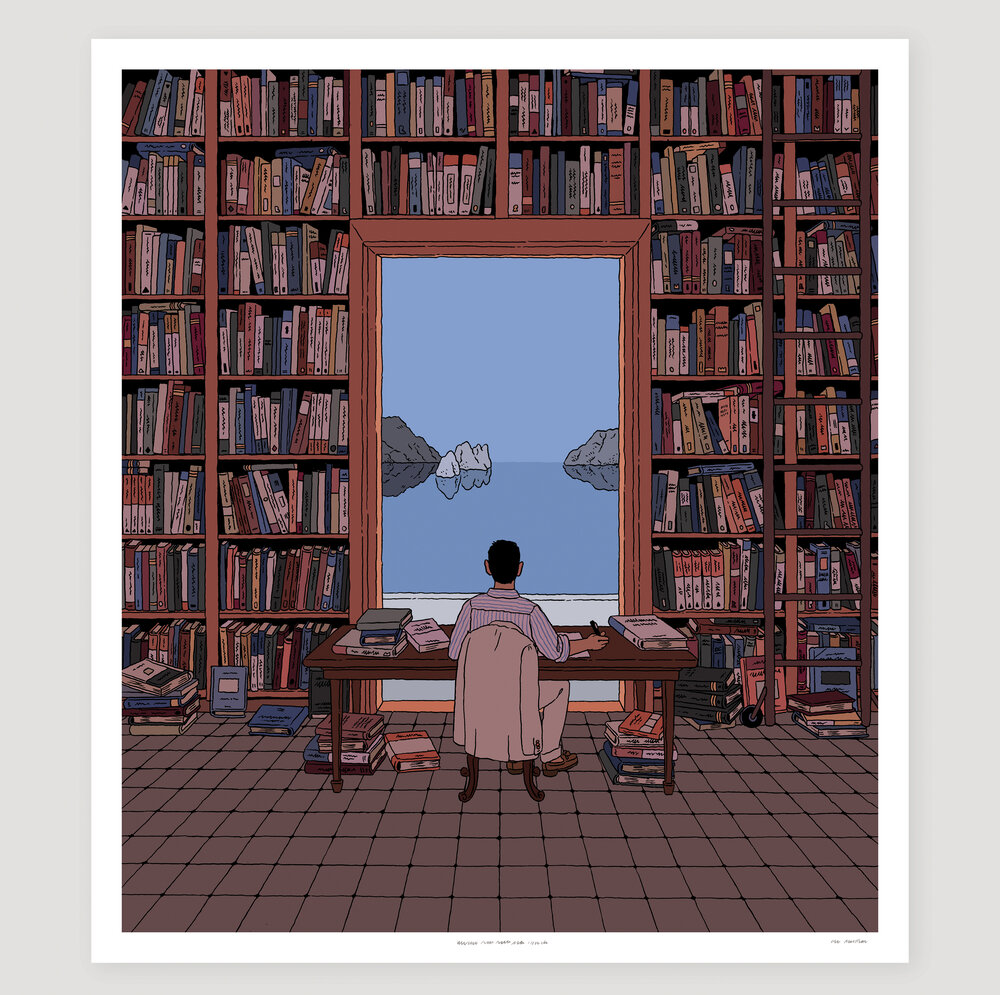 Hey! How you doing?

I keep a running file of books that people tell me to read or that seem interesting when I stumble across them. Here are ten books that I haven't read yet.

Here He is Listening

Theorem: I have a big mouth

Let's Get Back in Touch With Teaching

A Natural Part of Life

A Uniquely Mathematical Way of Being Stupid

Ability To Withstand The Strain of Teaching

Every week, I open my laptop and send more words out into the world. Over the last ten years or so, mostly those words have ended up on a blog. Of course, there are tweets. And especially recently, those books sometimes end up in actual physical books.

I think it all fits together, more or less. Tweets are for testing the water; blogs are for thoughts; books hold together; these emails are for confusions.

Over the past few weeks, I have been sharing my confusions about college. Today I want to try to piece it together in a really tentative way. My hope is that you’ll write back, letting me know what you think.

Sooo here it is, my attempt at making sense of the things we’ve been reading over the past few weeks as they relate to poor people and the raw deal they get with college:

This week we’re looking at Paul Tough’s comprehensive book on the ways college leaves lower class Americans behind, “The Inequality Machine”. In a late chapter Tough checks in on David Laude, a chemistry professor turned administrator at University of Texas, and Laude’s efforts to bring up the school’s graduation rate:

Laude needed to figure out exactly which students needed help. It was one thing to identify the students who might struggle in a five-hundred-person chemistry class. Laude was now responsible for the entire freshman class –more than seven thousand students. He conscripted a team of data scientists in the university’s office of institutional research who specialized in predictive analytics. By deconstructing the records of tens of thousands of recent UT students, they were able to develop a statistical model that combined fourteen separate variables, from family income to SAT score to high school class rank to parents’ educational background into a single algorithm that could reliably predict an incoming student’s likelihood of on-time graduation. They called this new tool the Four-Year Graduation Rate Dashboard.

For the first time in over a year this past Thursday I taught a class without the use of Zoom. Dear God, it was fantastic. If I get lucky it may happen again on Friday. Soon by you.

This is from “Who Gets In?” by Rebecca Zwick, overall a sort of dull book, but with a provocative take on grades vs. standardized-test scores in college admissions:

A Teacher Who Knows Me

I want to try something a little bit different with these emails for a few weeks. Instead of sending you a litany of things that I find interesting, I’m going to focus on just one. I have a few links for you at the bottom of the message.

“A teacher who knows me: The academic benefits of repeat student-teacher matches”

How many times did you have the same teacher more than once? I didn’t have any repeats during elementary school. In middle school I had Mrs. Kopin for a bunch of things, math and English and I want to say also social studies one year. Rabbi Weiss taught me either Jewish Studies or math every single year of high school.

Was that better for me? Is it good to repeat teachers? As a teacher now I have to say that it’s great to repeat students. There are kids that I taught math to when they were in 4th Grade that I teach now as 11th Graders. That’s wonderful for me because (a) it’s fun to watch kids change and grow and (b) they already trust and respect me a little bit.

I usually aim to write this thing under calmer circumstances than 20 minutes before I run off to teach but, you know, it’s been that sort of week/month/year. Here is the best I’ve got for this week:

I still have a billion dollar business idea

Hope you had a nice week. Let’s get right to things:

I hope you’re having a good week full of the good stuff. Without further ado:

The Word is Math

I am terrible about charity. I just remembered that right now, and I’m going to give some now. (How much? Not enough.) Just a reminder. Someone should figure out a way to give you ethical reminders. It’s so hard to remember. How much of being good is just remembering to do stuff?

Someone should make an app that reminds you do good stuff. But then I guess I would just get used to it. It’s a law of attention: every reminder system eventually loses its power and fades into the background. Man, it’s too bad.

Here are some things:

Links at the Bottom, My Weird Week at the Top

This week was weird for my family. I will walk you through it, while making attempts to tie it into mathematics and teaching.

Monday: It had been 14 days since I got my first dose of vaccine, and while there is debate about precisely how much protection that gives you, I decided to do a safe thing that I hadn’t done yet: go to the Cloisters Museum, which is a short walk away from our apartment.

What is precisely the ideal amount of work? I’ve been asking myself that during paternity leave. I’ve sometimes thought the best job in the world would be part-time teacher, but maybe that’s too much work. During leave I’ve had lots of little things to do, and at times that’s felt like too much – along with taking care of a baby. All in all, I think I’d be happy with two days a week of full-time work. I would kindly accept triple pay for this arrangement.

Your links, my liege:

Utopia and the Art of Mathematics

These are a few of my favorite links:

Does understanding the world have anything to do with being good? Imagine two people, one who has an accurate understanding of history, politics, science and everything else. The other person knows nothing about anything. Is there any reason to think the knowledgeable person is nicer? More capable of ethical action? I’d say no, understanding has nothing to do with that at all. You can be ignorant and excellent. Hmm. Makes you think.

Here are some things worth sharing:

My favorite Auld Lang Syne is sung by Aretha Franklin and Billy Preston while sitting together at the piano. Billy Preston’s keyboard solo makes an appearance at 3:48 in Peter Jackson’s Get Back trailer, but you have to wait till 4:02 to see Preston himself. Preston in my favorite running music column, “The Number Ones.”

Christmas doesn’t mean anything to me. If it did, it would probably feel for me like Okkervil River’s Listening to Otis Redding at Home During Christmas. That, or Joni Mitchell’s River. Which is to say, a little bit sad. Good thing that I’m Jewish so that the world is not subjected to my Christmastime mopiness.

This was week two of my paternity leave. Babies are the weirdest. They have the shortest arms. They smile at shadows. They are so weak, unless they are grabbing hair. Eight weeks to go before I go back to teaching.

Some Impossible and Possible Things

I hope you had a good week. I’m officially on paternity leave through January, so this week was full of parenting and intermittent reading. Here are some things: