Ordinarily, my patreon backers get each newsletter first a week in advance. But there’s at least one person out there who might need to read this sooner than that, so this episode is going public first.

This one goes out to the three cats who inspired it.

There’s a thing that happens a lot, and has been happening especially a lot recently, and will, in any reasonable estimation, keep fucking happening for a while now, so we need some better language around it.

Sometimes, there are events that happen in the world that look meaningful, like a pattern, we know instinctively that they mean something, and we just cannot figure out what that could be. It’s not the thing where it seems like the act of a cold and uncaring god, it’s the thing where it looks like the premeditated act of a god with a very specific agenda that you feel constantly on the edge of understanding.

We’ve all had things like this. Often they’re tragic, bad things that happen simultaneously to two people at once who have a complex connection. Sometimes they are delightful, like thinking of an old friend right before they call. Sometimes they are just baffling, like finding a playing card in the street and then seeing that same card on an advertisement in the restaurant where you have dinner.

I’m not going to address the question of whether or not there actually is meaning in any of these cases. I come from a magical tradition that says that causality can happen multiple directions in time, that there are gods and demons and egregores, and that by staring at a shape on a piece of paper you can change events in another country. Many people reading this come from a rational tradition that says that we live in a cold, unfeeling, random universe, that consciousness is an anomaly, and that meaning is ultimately an exercise in futility. For purposes of this conversation, it doesn’t matter which of us is right (side note: we both are, but that’s another conversation). And besides which, any argument there is going to come down to case-by-case specifics.

What I’m at here is base human psychology, independent of belief. It’s probably not actually biological, it’s probably actually as high up the brain stem as things like writing and agriculture, but it’s definitely a common ground that most people share.

The desire for meaning is hard-wired into humans of a certain age (and by that I mean sometime around pre-Mesopotamian culture). We see patterns in the world. Sometimes this is practical, like being able to take the air vibrations that come from someone pushing wind through meat and turning them into a feeling that you are loved. Sometimes it’s impractical, like deciding that biblical prophecy has declared the end times and you should start a cult (another side note: historically, starting cults has rarely gone well for the people who do so. If you truly believe that God is talking to you, maybe you should reconsider the actions you take about that, and try something less statistically disastrous.)

We need to see patterns, because they give us a reason to do anything.

As an example, while I was writing this, a friend sent me this:

> there’s this house near where [redacted] lives that has a sort of paved area with a bunch of decorative rocks and old toys and driftwood and plants and things arranged on it. originally the owner of the house set it up at the beginning of quarantine in a like decorative little scene– they told [redacted] they just wanted to make something nice for the neighborhood to look at. over the months people have been rearranging it and making their own little scenes and [redacted] has started calling it the neighborhood altar because it super fucking is. it’s this lowkey suburban “make this be okay magic”. it’s lawn magic and i am FASCINATED. > 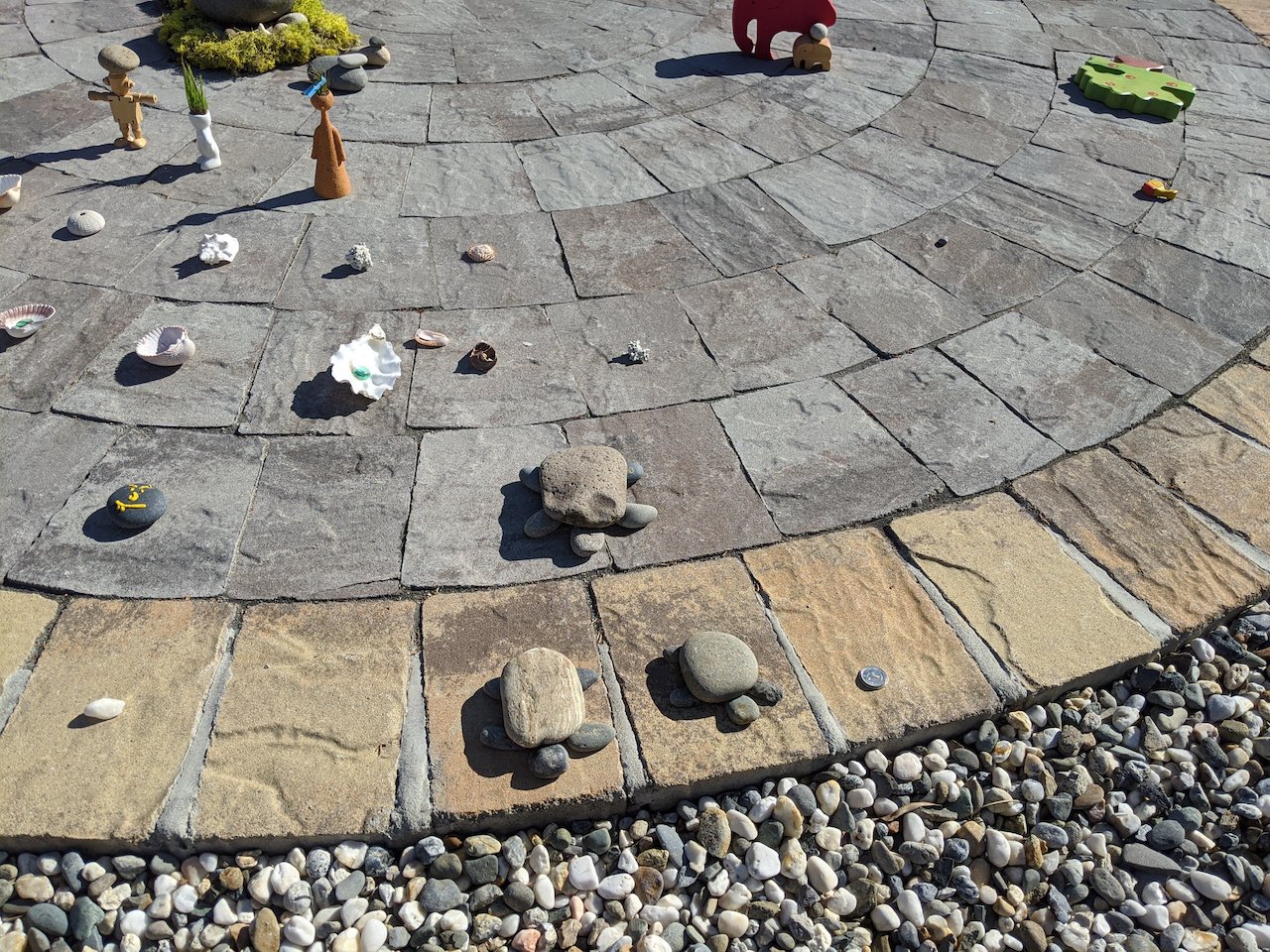 One, the example that people in these times are collectively coming together, regardless of religious belief or lack thereof, without discussion or premeditation, to create what I as a practicing occultist clearly recognize as a shrine to the local gods, is indicative of what I’m talking about. People seek out meaning, and they will have it if they have to build it out of goddamn lawn ornaments.

And another example. I took a break from writing this, and started chatting with someone online who I barely know, they are a community member for a piece of software I help support. We had the sort of link sharing conversation that leads to seeing what the other has in online presence, and they, out of the blue, reported that they were enjoying a song that I had made, many years ago. And, my response:

> I’m currently writing a piece about trying to find meaning in strange patterns of often tragic events. This is inspired by something that is happening to a couple of friends, I’m trying to write something to give them comfort. One of them was with me through the year that inspired Wintersong, which is about trying to find meaning in a strange pattern of tragic events that happened during that year.

This letter is folding in on itself, becoming a self-fulfilling set of internal references. A fractal interpolation. And that’s what these things are; we see these events, these elements of narrative, they feel meaningful, and to me, collecting and writing them, they become so. And to the person I wrote that paragraph about, who was with me through the year that inspired Wintersong, who is reading this right now, the fact that I’m addressing them, in public, like I’m the author of a book calling them out as a reader… That, if I have done my job right, may help them find some meaning. Hi.

I started out by saying that I wanted to create some language around this idea. I thought I meant that I wanted a term to refer to it by, some “there must be a word in German” sort of thing. And I still want that. But I’ve realized, writing this, that the complexity of the events is a form of meaning in itself. Because it acts recursively, causing the circuits in our minds that make meaning to light up, and give us a sense of pattern. Maybe that pattern is just in our minds. Maybe it’s the act of some god. In most cases, most people think neither is true, and I think both are true. But it doesn’t matter, because we can sense a pattern, even if we can’t consciously make it out, like you can sense the beauty of a melody without understanding musical theory.

The act of attempting to make meaning makes meaning, regardless of whether the consciousness doing so thinks it has succeeded. Much like the act of writing. Whether these patterns exist in the “real” world is an interesting philosophical question, but ultimately, it doesn’t matter.

It’s what we do with them that matters.

You just read issue #3 of Fractal Interpolation. You can also browse the full archives of this newsletter.