Not Talking About Judy

Dale Cooper Quartet and the Dictaphones: Parole de Navarre. Listen to the first two songs together.

Administrative note: I wrote this a week ago, and sent it tomy patreon subcribers first, as I always do.

A lot can happen in a week, it seems.

So, forgive what may come off as a lack of civic engagement. And, really, what am I going to tell you about that, that you don’t already know, or that will be outdated in the time it takes this missive to get to you?

I’ll just say that the original intro that I wrote below, as filler text, now strikes me as somewhat prescient, so I leave it here, intact:

Not Talking about Judy

First things first: I published my first professional rate story. It’s called Falling Through, it’s on Escape Pod, which means you can either read it there, or listen to it. The narrator does a damn fine job. I’m incredibly proud of this story, I’m incredibly proud that my first pro sale went to Escape Pod: they do great work, in general (they’ve been a dream market ever since they published a new narration of a Ted Sturgeon story that made me miss my train stop, not even reading, just listening to it, slack-jawed and staring). And they were excellent to work with, incredibly helpful and patient with someone who kept sending emails saying “I’ve never done this before, am I doing it right?”

So that’s good. That happened in March, and I’m sorry it’s taken me this long to say anything.

But it’s kind of understandable, I think.

It’s really impossible to say anything, right now, isn’t it? I mean, we keep trying. Newsletters are coming out, not mine, obviously. But they all either talk about the thing everyone is talking about, which is boring, or they avoid the elephant in the room, which is vaguely creepy, like someone having a perfectly normal conversation with you while blood pools under them for no discernable reason. 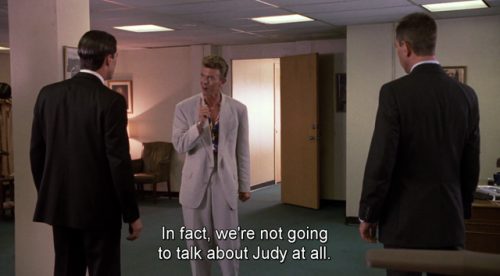 One of the problems that I always have with the writing of anything like this, is that it’s all just too big, you know? That’s always true for me, even under “normal” circumstances. Everything is always too big. The blessing and curse of someone with my proclivities is that I always look for the interconnections and I can’t even write a simple blog post or newsletter about the tiniest thing without extrapolating to the entire universe. This, by the way, is the real reason why my newsletter only comes out when Arcturus is in conjunction with Mercury and I witness three crows fly widdershins around the moon. Because I have a folder full of drafts of “I’m just going to get something out” that turned into book treatments.

And now… what do we do? Under the circumstances, I feel it’s the height of restraint for me to be able to talk about anything at all.

Even aside from the current events that are affecting everyone, my personal life has been in a series of upheavals, revolutions, and revelations for the past several months. In the month of March alone, -[ R E D A C T E D ]-. But suffice to say, it had little to nothing to do with the larger events of the world.

Materially speaking, I’m fine, I’ve got those bottom levels of Maslow’s pyramid, and I’m trying to keep them stable.

I just opened twitter for the first time in about a week to discover I’ve been followed by a very esteemed professional science fiction organization and a man I almost accidentally killed when I was thirteen years old and haven’t spoken to in decades. So that’s how my night is going.

I’ve pulled away from the internet a bit.

I’ve become involved in a project which I’m very excited about, which is not directly writing fiction, but is rather writing documentation for a tool which is very useful for writing. So it’s kind of complicated; I’ve become enmeshed in developing uses for this sofware for my own work, which is the kind of systems-and-productivity hacking that I can fall into for days, it’s a perfect escape hatch for me. But I’ve also been writing the documentation for the tool (using the tool itself to write its own documentation, which is also delightfully so very me). And I’m writing this post in it right now, in a way that makes it, well, let’s not put too fine a point on it, it’s a set of psychological affordances that got me up and out enough that I wrote something in public.

Boy that paragraph was convoluted. I’ll rephrase: I’m writing docs for software that helps me write docs, as well as novels and newsletters.

I’ll publicly talk about the project in question when it gets out of private beta, but the important thing is: I’m wrapped in my little cocoon, a productive one in many ways, but reading and writing are all I can really do right now.

When you are like me, and think of everything in terms of everything else, it’s really useful for operating in certain ways. But there’s a danger; you hit something that’s too big, and you wind up like Phillip there in that first image, ranting about things that make perfect sense to you, while everyone stares at you like you’re a ghost, shifting in strange ways to the world they inhabit. 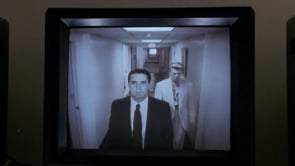 You just read issue #2 of Fractal Interpolation. You can also browse the full archives of this newsletter.