Mosaic on the facade of a Sanger-Harris department store in Dallas, Texas (now demolished)

Since October, I have been without a job. Voluntarily, it should be said - I've left Intersection, updated LinkedIn and my website bio, and joined the Great Resignation. I plan to keep being on sabbatical for a few more months.

During this time, I am constitutionally incapable of doing nothing. My time has been filled with baking, reading, research, and other projects. From time to time, bits and pieces from this sabbatical strike me as worth recording, and so I'll fire off a small newsletter. At present time, the state of the U is strong.

(I should stress that I write very much for myself, so I'm flattered you're sticking around, but please don't hesitate to unsubscribe below if this isn't your cup of tea. 🙏)

I've been spending alot of my time reading up about the climate movement—I do want to work on climate solutions for my next job.

Today, this is what I've been turning over in my mind:

What's stopping us from decommissioning existing carbon-emitting things faster? (i.e. "how do we work against sunk costs?")

It seems that we are extremely unwilling to get rid of our existing things before we're done with them.

Duh, that sounds like common sense. But let me unpack what I mean. For us to reduce the amount of carbon we are pumping into the air, we need to:

Of the above, #1 gets talked about a lot and is the core of many commitments that have been made - i.e. when we are ready to buy new things, let's make sure everyone picks the green option. #2 is the secondary interest - it is more expensive to update what we already have, but where it makes sense let's look at which things can be retro-fitted or re-tooled. Meanwhile, #4 is the hottest new area of interest.

For the rest of the things that don't make sense to be retooled, we'll just have to accept that they will continue to emit carbon until they sputter and die, so let's make sure to count these emissions correctly in our projection models. The prevailing wisdom for #3 is that it is unimaginable that people and companies would get rid of their carbon-producing possessions before they have outlived their value. These are "sunk costs". As in, "consumers, utilities, and other organizations will require extreme motivation to retire their fossil fuel-dependent infrastructure early because of sunk costs." (Saul Griffith, Electrify Everything). That makes sense. Say I bought a car 2 years ago. Why would I give it up early when I can still drive it for 10 more years. Say my company just spent all this money buying 4 coal-burning machines 3 years ago. Why would we give them up now and spend more money replacing them? So we keep them around and use them, and these things keep emitting. We call these "committed emissions": we have no choice but to commit to having this problem around 🤷🏻‍♂️.

But does it have to be this way? Are there ways to flip things on its head so that it no longer makes sense to hold onto our sunk costs? I'm genuinely curious about this. Perhaps it is right to assume that there is no way to get folks to let go of their possessions earlier than they intended! But if not, this could be another W for our fight against climate change.

I found this map through a recent NYT Interactive piece and have not been able to stop playing with it since.

Through the Bristol Translates program, I met a cross-border (🇬🇧🇮🇹🇧🇬🇭🇰🇺🇸) group of translator friends that have continued to keep in touch through Slack and regular meetups. I've cherished having a circle to motivate one another and share new work. It has provided the inspiration for my current translation project: Taiwanese writer Sabrina Huang's essay collection (Chinese), which I'm working on with my friend Catherine (part of the ☝️ group). Sabrina Huang is more known for her short stories and novels, but I am enjoying her observational essays. (I prefer translating non-fiction anyway.) The essay At the End Life Still Blooms is an especially evocative and lyrical piece about old rail lines in Japan.

These rural trains are like surrogate timekeepers shuttling between a handful of towns. They trundle along the tiny blood vessels or nerve endings that reach the tip of a finger. The skin cracks open, a trickle of blood emerges, a bruise forms, circulation slows. All that remains is a prickle. - "At the End Life Still Blooms"

The rest is just as enjoyable, and you're welcome to read the work in progress on the Google Doc. 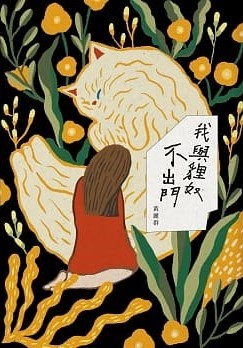 You just read issue #6 of SOTU. You can also browse the full archives of this newsletter.