At McNally Jackson the other day, a book synopsis caught my eye. The book itself escapes me; all I recall is the last sentence of the blurb, which filled me with a sudden sadness: “He died a broken man.”

Is it a person’s greatest fear to die broken? It has always been okay to be broken at some point; to expect to get through life unscathed is perhaps unrealistic. To be broken, again and again, but to emerge every time stronger - that is the narrative arc of a hero. But to reach life’s end not having dug oneself out of the latest trauma - I can think of few things worse than that.

Say a broken man, and I imagine Stephen Chow getting battered by The Beast in Kungfu Hustle.

Say a broken man, and I see Bane, snapping Batman’s back.

Neither Chow’s character nor Batman, however, were killed in these moments. Both had triumphant comebacks. Would the Dark Knight too, have feared a broken death? 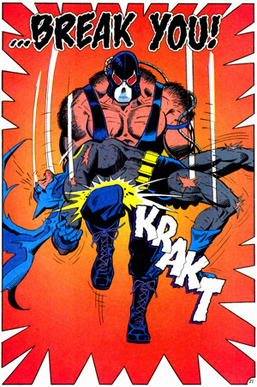 It’s all Chinese to me

I spent many hours this weekend, as with many weekends this year, digging into the tech sphere in China. It’s hard enough exploring a whole other country from afar where you don’t know where to look; it’s exponentially harder when it is in another language, and the country has walled off its own Internet with its own tech ecosystem. Few things translate from Western Internet.

I had asked on Twitter, but there were alot of recommendations of people writing in English and often from the outside (West) about the Chinese. I wanted to hear from people who were living it in the country, experiencing it and ruminating on it in their own tongue. Yet over and over again, the feedback was that China was absorbing, translating, and referencing the new ideas and theories from the West. Even the locals were saying the same thing. But I refuse to believe that. I refuse to believe, that a country with such original tech behaviors like pervasive mobile payments, and a country with a deep history of literary essay writing, has no one blogging about what’s going on their screens.

Since starting to look I’ve unearthed much, but China is a massive country with 830MM people online and I’ve barely scratched the surface. But promising leads have begun to appear:

And many more! The more I find, the more encouraged I am to keep digging.

Another act of translation: Zadie Smith struggles to dress to local tastes as she bounces between NYC and London.

“Part of the issue with American clothes nostalgia is surely that every era, if you think about it for half a second, was fun for the few and hell for the many.”

You just read issue #2 of SOTU. You can also browse the full archives of this newsletter.